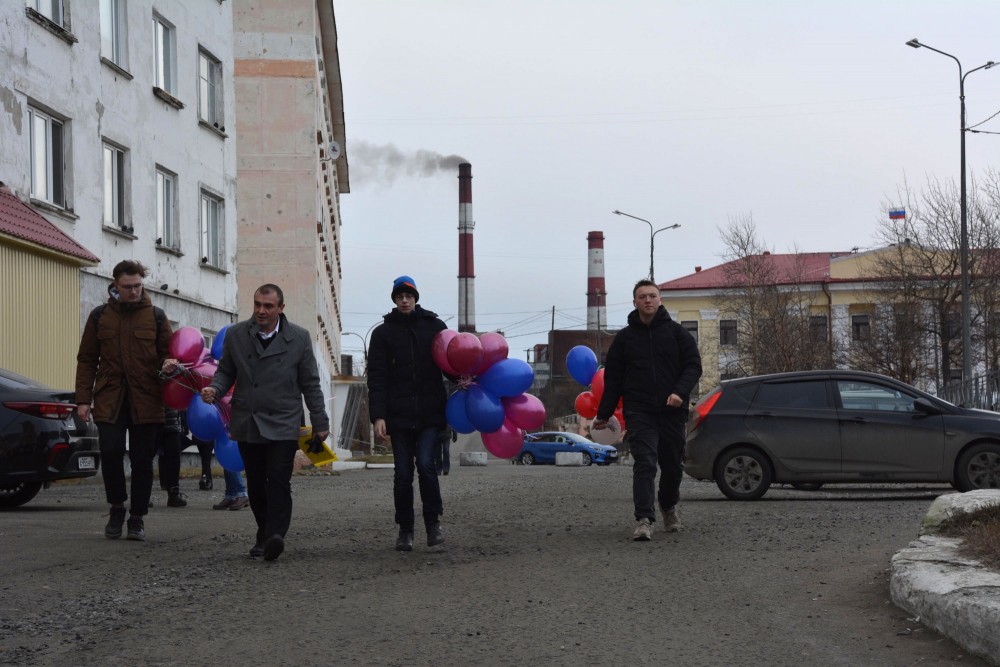 As a new year draws near, regional governor Andrey Chibis comes to the Arctic border town that is threatened by social and economic crisis.
Read in Russian | Читать по-русски
By

The governor took part in a two-day strategic session devoted to the development of the small town located on the border to Norway and Finland.

Crisis looms over Nikel as mining and metallurgy company Nornickel and its regional subsidiary Kola MMC have announced that they will close their local smelter, the cornerstone plant that employs several hundred people.

The regional government will in no way abandon Nikel and its inhabitants, the governor assured as he took the floor in the local conference hall. Despite the closure of the plant, Nikel has «a serious future», Chibis underlined and invited locals, companies and investors to take part in a discussion about strategic developments.

«Together with company Nornickel and its Kola MMC we are very comprehensively taking measures to restructure the production chain and close the smelter, the harmful production in town,» he underlined and added that the process is followed up with monthly inspections.

«Everything that we have promised will be fulfilled,» he stressed, the regional govenment informs.

According to a deal signed by Governor Chibis and leader of Nornickel Vladimir Potanin in October, the employees will be offered alternative jobs in other company units in nearby Zapolyarny and Monchegorsk, as well as in Norilsk.

Company representatives later made clear that the plant furnaces are to be closed down in the course of 2020 and that the first of them would be closed already in November 2019.

The agreement between Chibis and Potanin is reported to include about 140 billion rubles (€2 billion) for investments and developments in the region over the next five-years period. However a copy the deal obtained by news agency Region51 says nothing about the mentioned sum.

However, representatives of Nornickel in the recent meeting in Nikel underlined that significant sums will be made available for new local initiatives and the governor said that there are serious plans for the establishment of alternative industry.

But the company now assures that the 140 billion ruble support package will come in place and that major investment projects are planned. Among them initiatives on environmentally clean metallurgy production, as well as processing of slag and production of abradant materials, the company informs.

Furthermore, investors will be able to get 1 million ruble regional government grants, as well as support from various state funding mechanisms. Investors can also expect to get up to 250 million rubles of loans on favourable conditions.

Locals still fear for their future in the small town and many expresses concern that Nikel ultimately will turn into a ghost town.

Governor Chibis however appears confident that it will proceed smoothly.

«Nobody will abandon Nikel,» the governor said after his signing of the agreement with Nornickel.