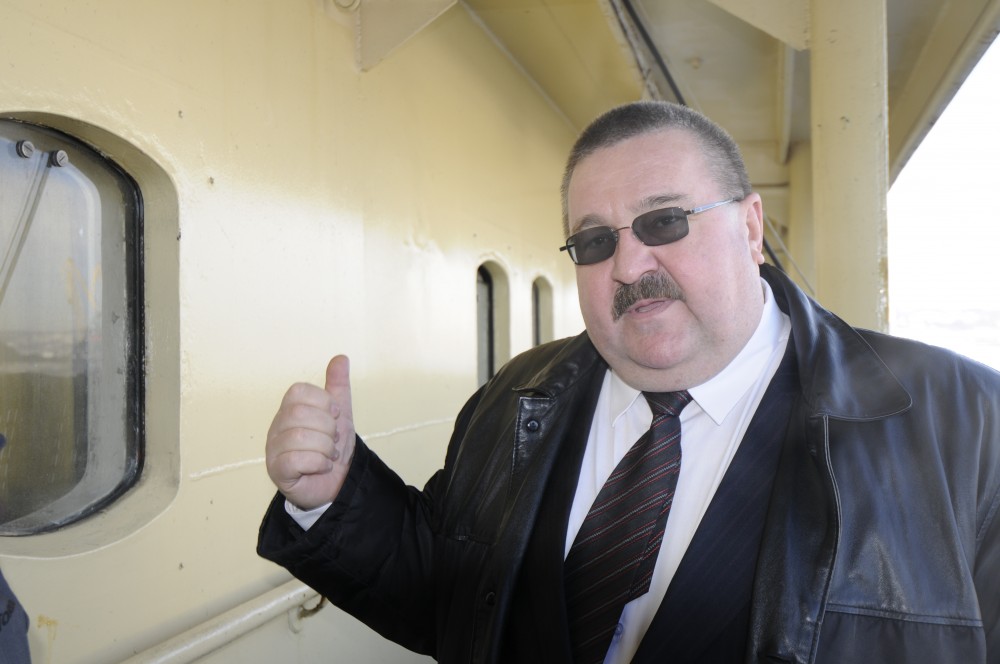 It must be able to carry at least 100,000 tons and sail across the icy waters of the Northern Sea Route, says deputy head of the Russian state nuclear power company.
Read in Russian | Читать по-русски
By

In an interview with newspaper Kommersant, Vyacheslav Ruksha explains that the tanker could shuttle between remote Arctic oil fields and reloading terminals located in ice-free waters on each end of the sea route.

«It would be a very big ship with a tonnage of no less than 100 thousand tons, a pretty decent capacity,» he says.

According to Ruksha, the development of an icebreaking oil tanker will be economically more favorable than the building of a nuclear-powered Arctic container vessel.

«I believe that an ice-class tanker for crude oil with a nuclear-powered engine now is more economically profitable [than a container ship],» he says to Kommersant.

Industry analysts have argued that Rosatom might want to become a world-leading Arctic shipping company and also that it is in the process of developing a nuclear-powered Arctic container ship. The speculations have increased after Rosatom entered into cooperation with Delo Group, the Russian transport conglomerate.

However, Ruksha appears not much interested in container shipping.

«This is not for the next years,» he underlines to Kommersant.

He also expresses skepticism towards any soon-to-come boost in trans-shipments on the Northern Sea Route. More profitable will be the development of the powerful reloading terminals on the western and eastern ends of the sea route, he argues.

According to Ruksha, the reloading terminals can potentially handle not only LNG and oil, but also coal.

They might appear already in 5-10 years, he argues and underlines that «this will be quicker than a Northern Sea Route transit corridor.»

Company Novatek is already actively in the process of developing reloading terminals for its export of LNG from Yamal. Two terminals are planned built, one in the Ura Guba near Murmansk and one in Kamchatka.

The terminals will both have capacity to handle up to 20 million tons of LNG per year and will handle shipments to Europe and Asia respectively. They might be developed in cooperation with partners Mitsui O.S.K. Lines, the Japan Bank for International Cooperation (JBIC) and Total.

Ship-to-ship reloading is today operated also by Lukoil and Gazprom Neft. Both companies have fleets of ice-class tankers that carry oil from Arctic terminals of Varandey, Prirazlomnaya and Novy Port. The tankers shuttle to Murmansk where the oil is reloaded from the Arctic tankers to conventional carriers.