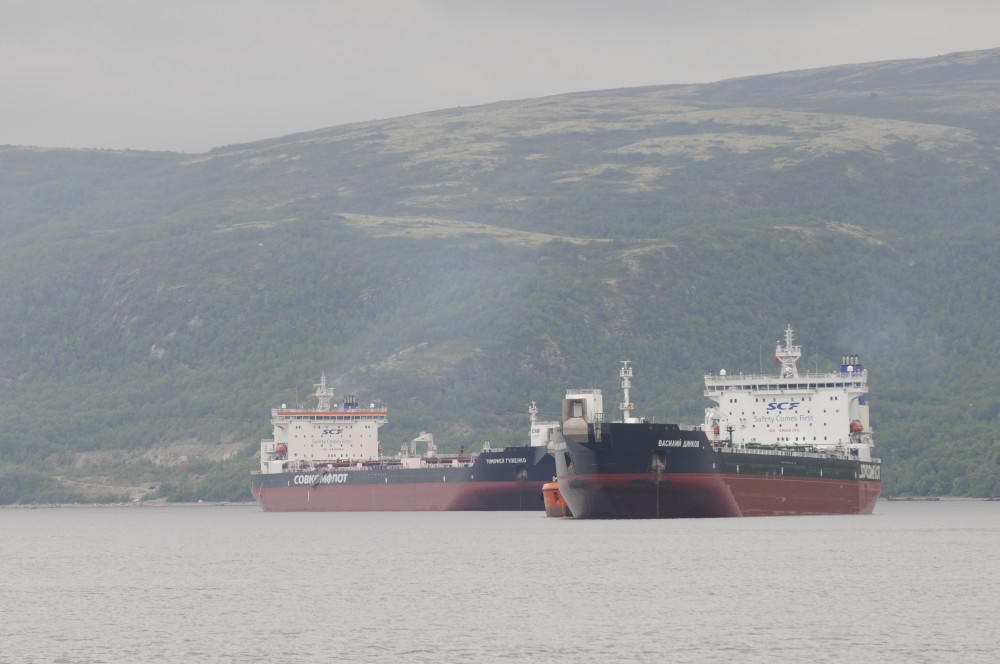 According to newspaper RBC, the Ministry of Natural Resources presented the proposed ban to the Kremlin in late November last year, and the new legislation has reportedly won the support of the President.

Representatives of several federal ministries, including the Ministry of Energy, confirm that new legislation now is on the table.

The floating transshipment facilities are not environmentally safe, the authors of the bill argue.

If adopted, the law will seriously affect the companies that engage in oil production in the Russian North. Major volumes are today shipped from remote Arctic terminals to transshipment facilities in the Kola Bay.

Both Lukoil and Gazprom Neft depend on the ship-to-ship reloading for their projects in the Yamal Peninsula and Pechora province. The former in 2019 shipped 7,2 million tons of oil from its Varandey terminal on the Pechora coast to Murmansk. Gazprom Neft has invested heavily in the Novy Port project and in 2019 delivered up to 8,5 million tons of oil from its  Arctic Gate terminal in the Gulf of Ob to floating terminal tanker «Umba» in the Kola Bay.

The Novy Port in 2019 produced as much as 13 million tons of oil, the company informs in a video presentation.

In addition comes the Prirazlomnoye project, from which Gazprom Neft annually delivers more than 3 million tons. The Prirazlomnoye is Russia’s only offshore project in the Arctic.

Both Lukoil and Gazprom Neft have invested in fleets of top ice-class tankers that shuttle across the Arctic waters all year round. The tankers deliver their loads in the Kola Bay where the 300,000 tons big floating storage tanker «Umba» has been stationed since 2016. Nearby has been moored the «Kola», a 309,000 tons terminal tanker operating for Lukoil.

The new regulations will reportedly not include liquified natural gas, the commodity that constitutes the lion’s share of shipments on the Northern Sea Route. It was the Ministry of Energy that insisted that liquified natural gas is not covered by the law, RBC reports.

Company Novatek has over the past few years developed major new capacities for production and export of LNG from Arctic fields and the volumes produced in 2019 reached 30 million tons.

Two major transshipment hubs are under planning, one in the Murmansk and another in Kamchatka. In January this year, Novatek got the hub in Kamchatka approved by state review authority Glavgosekspertiza. It includes five development stages with a total capacity to handle 657 tankers and 22 million tons of LNG per year.

The reloading ban in Russian waters could ultimately lead to the moving of operations across the border to nearby Norway.

Lukoil before 2016 used oil reloading facilities in the Nordic country for its Varandey oil. In 2015, a total of 6,5 million tons of Lukoil’s Arctic oil was reloaded ship-to-ship on a site near Kirkenes, the Norwegian border town.

Also reloading of Novatek’s LNG was conducted in Norway. In the course of 2019, several million tons of liquified natural gas was reloaded from ice-class to conventional carriers in the waters outside Honningsvåg in northern Norway.

The Norwegian operators will likely be more than happy to get the Russians back.