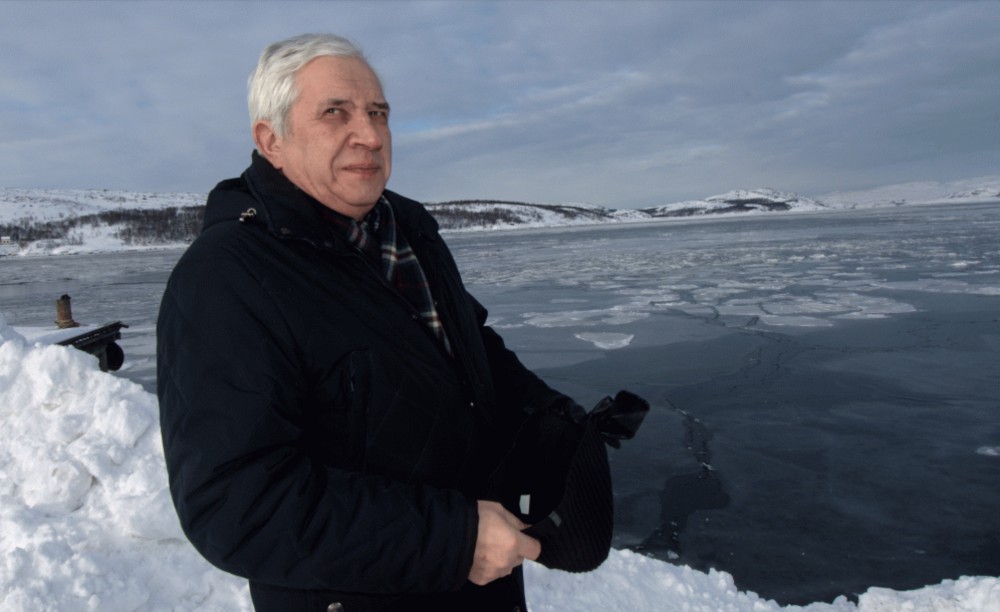 Andrey Zolotkov believes icy waters in the north is not the right place to sail an unfinished nuclear-powered icebreaker. Photo: Thomas Nilsen

The only way to fix the faulty engine is to lift it out of the hull and replace it with a new one, a work that will cause another year of delay for Russia’s new prestigious nuclear-powered icebreaker.
Read in Russian | Читать по-русски
By

It was during sea trials in the Baltic Sea in February a short circuit caused serious damage to the winding in one of the three electro engines onboard the “Arktika” icebreaker.

Sea trials continued with only two of the engines working.

Newspaper Kommersant can now tell, with reference to the investigative commission’s work, that it is considered impossible to repair the broken engine on board. It needs to be replaced and that can’t happen before 2021.

The only way to replace the engine is to cut a hole in the superstructure, a comprehensive operation that can only be done while the vessel is docked. According to an article on Bellona’s portal, the weight of the 20 MW electro engine is 300 tons.

Meanwhile, the question is how to proceed with the sea trials. After three years delay, “Arktika” was finally supposed to sail from the Baltic Yard in St. Petersburg to Murmansk this May.

If she sails north around Scandinavia, that would be with power on only two of the three propellers. Anyhow, the “Arktika” would then have to return back to the yard in St. Petersburg next year.

“Would you buy a car with one missing wheel,” Andrey Zolotkov asks rhetorically in reply to Barents Observer’s question about the fate of the icebreaker if upholding the decision to sail north in May.

Zolotkov is director of Bellona in Murmansk, a group focusing on nuclear safety in the Russian north. He has previously worked as an engineer with Atomflot, the service base for the fleet of nuclear-powered icebreakers.

“A new icebreaker from the Baltic Shipyard should be taken into operations by Rosatomflot only in good conditions, there are no other options,” Zolotkov states.

He believes it is possible to sail the vessel to Murmansk and continue sea trials, maybe even into the Northern Sea Route, but, as he puts it “what is the need and why?”

“It is difficult for me to assess the necessity of transferring the unfinished “Arktika” to the jurisdiction of Rosatomflot and call it “experimental operations.”

Zolotkov questions the maneuverability of a ship when one out of three propellers is not working.

“In order to reduce all risks, it is advisable to leave the “Arktika” icebreaker in St. Petersburg and wait for the repair of the engine,” Andrey Zolotkov concludes.

“Then it can sail north to Murmansk together with the second icebreaker in the class, the “Sibir”, supposed to be commissioned next summer,“ he adds.

A third icebreaker of the class, the “Ural” is scheduled to be delivered in 2022. A decision is taken to build icebreaker numbers 4 and 5 in a similar design, but construction work is yet to start.

Shipping along Russia’s Northern Sea Route is by President Vladimir Putin ordered to reach 80 million tons by 2025. That is an 8-fold increase compared with 2017 when 10,7 million tons were shipped through Russia’s Arctic waters.

Upgrading of the icebreaker fleet plays a key role in Putin’s plan.