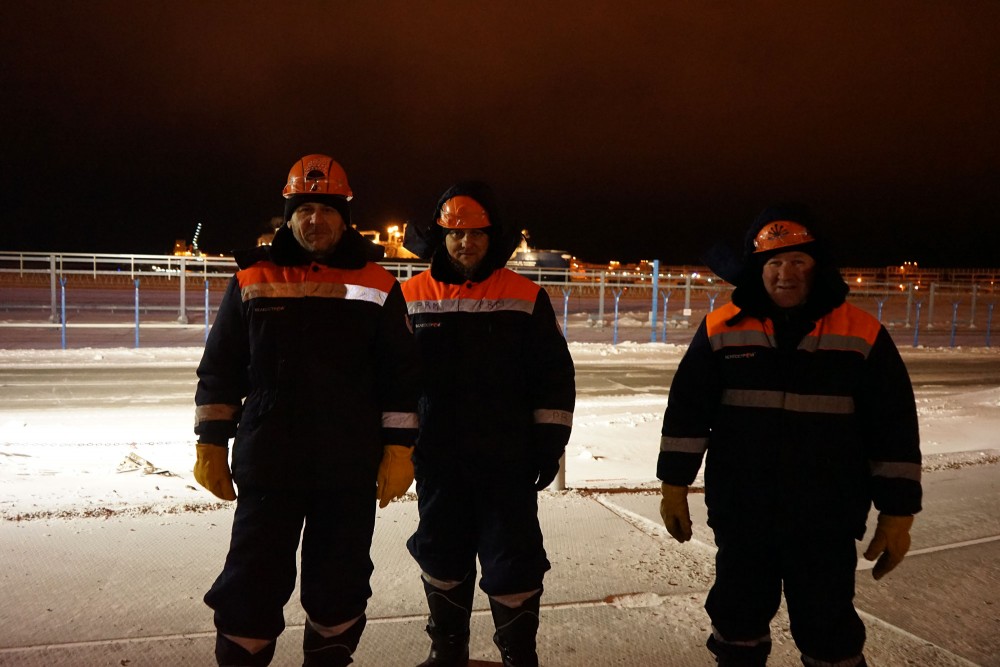 The closure of the airport in Sabetta comes as more than 140 people now are registered as carriers of the coronavirus in the remote industrial town.

According to TASS, a total of 22 individuals have been sent to hospitals in regional capital Salekhard and oil town Novy Urengoy. The remaining 121 workers have been isolated in Sabetta, the news agency reports.

Flight Radar data obtained by the Barents Observer on Saturday noon 25th April showed that an aircraft from the Russian Ministry of Emergency Situations was on its way to Sabetta. The aircraft, an  Ilyushin-76 transport plane, is similar to the flights that on 12th April brought a mobile hospital to Novatek’s Belokamenka plant outside Murmansk.

In Belokamenka, about 900 workers are now registered as infected.

The situation poses a serious challenge for Novatek, the company that operates the Yamal LNG and forges ahead with developments at the Arctic LNG 2 in nearby Gydan Peninsula.

More than 30,000 workers are engaged in company operations in Sabetta. Several more thousands are believed to be involved in construction in Gydan.

The virus outbreak in Novatek’s key project sites could hamper progress in the company’s major Arctic plans. The new plant in Belokamenka is to build LNG production platforms for the Arctic LNG 2 project. Production is due to start in 2023 and by 2024 many million tons of liquified natural gas is to be shipped to consumers in Europe and Asia.

The Yamal LNG and Arctic LNG 2 are projects of key importance for Russia’s objective to ship more than 80 million tons on the Northern Sea Route by year 2024.

Novatek is not he only company seriously hit by the coronavirus. According to Yamal-Nenets Governor Dmitry Artyukhov, another two industrial sites in the natural gas-rich region are affected by virus outbreaks.

Arktyukhov in a social media post on 27th April assured that the regional spreading of the virus is still very limited. “We have about 60 [petroluem] fields in operation and more than 100,000 commuter workers, [and] the registered cases affect only three fields,” he underlined.

For weeks, speculations have swirled about similar virus outbreaks in several other key natural gas fields, among them Gazprom’s Bovanenkovo field. In late March, the company isolated a group of workers on suspicion of infection, but those people were later declared healthy, company subsidiary Gazprom Nadym Dobycha informed.

Like other companies, Gazprom has introduced special procedures connected with the commuter shifts in the far northern projects. Workers now have to spend at least 14 days in isolation before they are allowed to work on sites.

On the 28th April, it became known that five patients from Lukoil’s Varandey field in the Nenets Autonomous Okrug had been taken to hospital in Naryan-Mar, the region capital, for intensive care.

Another 23 people are undergoing treatment at the Varandey field, regional authorities inform.

The Nenets AO was long the Russian region with the least number of COVID-19 cases. But that changed on the 28th April when the number spiked from 1 to 29.