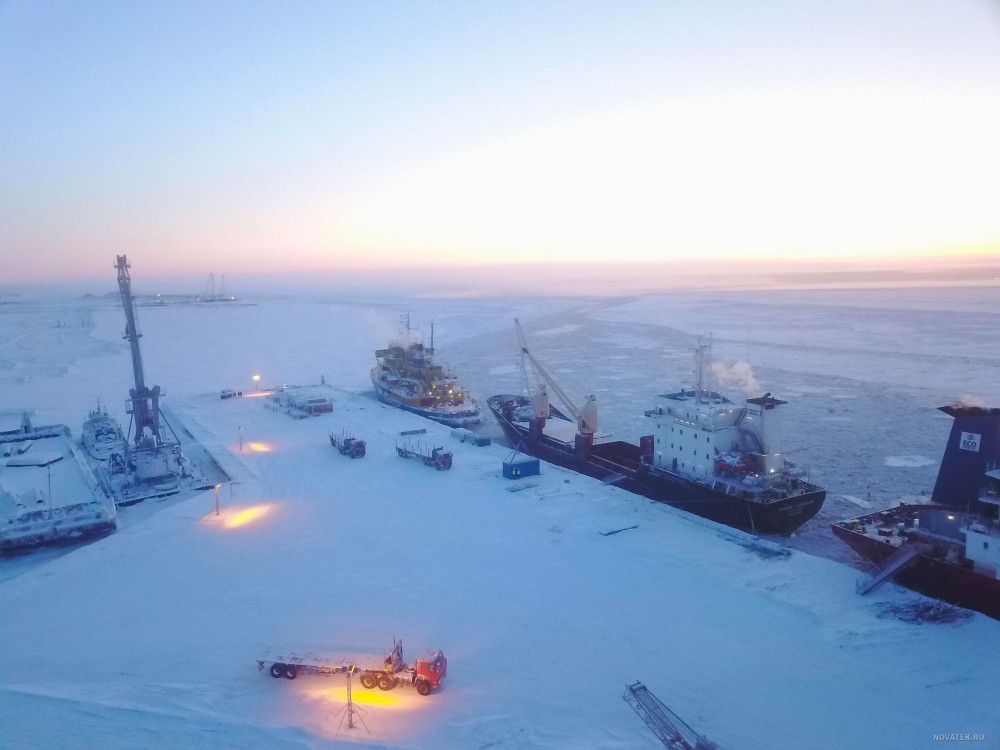 Natural gas company Novatek is making its new terminal in Gydan capable of handling more than 40 million tons of LNG per year.
Read in Russian | Читать по-русски
By

The Russian federal government this week approved an adjusted financial scheme for the grand industry and infrastructure project on the coast of far northern Gydan Peninsula.

The changes, that have been lobbied by project operator Novatek, include an increase in total investments to 164.1 billion rubles (€2 billion), up 14 percent from the original schedule.

The state budget will cover 103.2 billion rubles, while Novatek will account for the remaining 60.9 billion, newspaper Prime reports.

At the same time, the construction period of the project is extended with two years. The terminal is now due to start operations in year 2024.

The Utrenneye terminal will be a crucial part of Novatek’s development of natural gas resources in the area. Located on the banks of great Gulf of Ob, it will house key parts of the project LNG production facilities, including the gravity-based structures currently built in the Belokamenka yard in Murmansk.

The Utrenneye will primarily serve the Arctic LNG 2 project. However, according to Novatek, the updated plan for the terminal includes capacity to handle natural gas also from the projected Arctic LNG 1 project, due to come into operation after year 2026.

With the approved updates, the capacity of Utrenneye will increase to 43,2 million tons, of which 39,6 million tons will be LNG and 3,6 millions - condensate, Prime reports.

The terminal will serve carriers that shuttle across the Northern Sea Route to markets in Europe and Asia, as well as to two projected transshipment hubs in Murmansk and Kamchatka.

The building process in Utrenneye will proceed in seven stages, the first three of which will include the building of state-owned infrastructure objects. That includes a major ship channel through the nearby shallow waters of the Ob Bay and the installment of navigational equipment.

The Arctic LNG 2 is based on the resources of the Salmanovskoye field, a structure that holds 1,98 trillion cubic meters of natural gas and 105 million tons of liquid hydrocarbons. It is located in the Gydan Peninsula, near the shores of the Gulf of Ob. On the other side of the bay lies Sabetta and the Yamal LNG plant.

The Arctic LNG 1 is based primarily on the resources of the Soletsko-Khanaveyskoye field that holds up to 1,8 trillion cubic meters of gas.