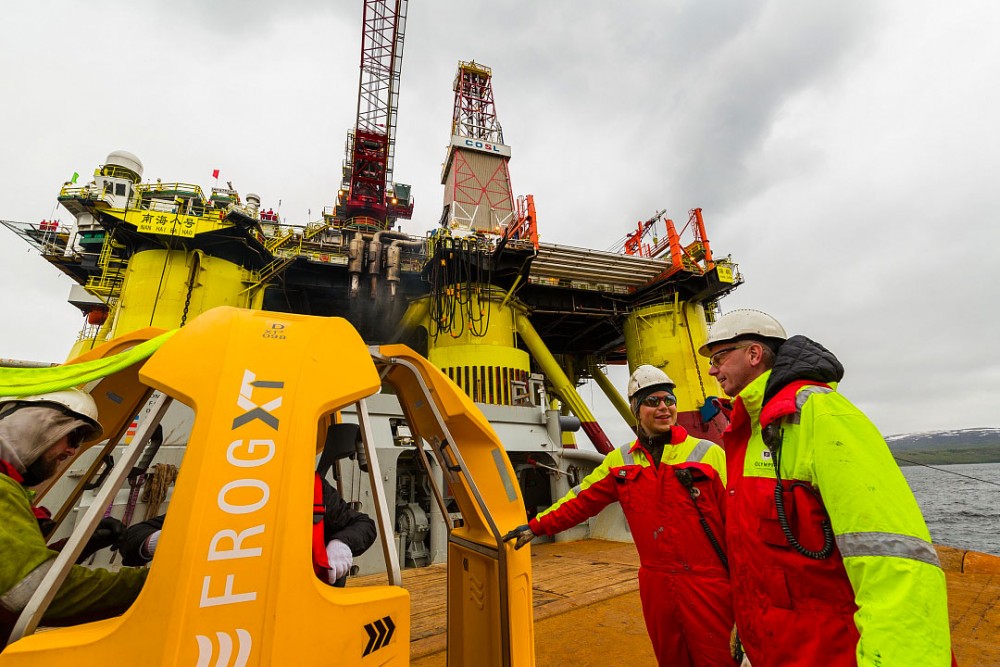 It is the fourth year in a row that Chinese oilmen explore the far northern Kara Sea.
Read in Russian | Читать по-русски
By

One of the world’s biggest heavy loads vessel on 17th June sailed into the Kola Bay with two rigs on board. A week later, the “Xin Guang Hua” left the Russian Arctic city, and by the 29th June it was located off the coast of Norway’s Lofoten islands with course or the Netherlands, ship traffic data show.

It has become a familiar sight for locals in Murmansk that Chinese drilling vessels arrive in town as soon as the sea-ice melts and vanishes in Russian Arctic waters. In 2017, it was drilling rig “Nan Hai Ba Hao”, also referred to as the “Nanhai-VIII”, that arrived in town before it set course for the Kara Sea. Since then, the rig has been in the Russian far northern waters every summer

This year, for the first time, two Chinese rigs were put on the water in the Kola Bay. It is believed that the “Nan Hai Ba Hao” is one of them. According to news agency EA Daily, the name of the second is “Nan Hai Jiu Hao”.

Both rigs are owned and operated by the China Oilfield Services (COSL). They are believed to drill in one or several of the Arctic licenses areas of Gazprom.

Since it first time arrived in the Kara Sea, the “Nan Hai Ba Hao” has drilled at the Leningradskoye and Skuratovskoye, two areas located off the western coast of the Yamal Peninsula.

According to information from the Northern Sea Route Administration (NSRA), the Russian office that manages shipping in the region, the rigs are allowed into the southwestern part of the Kara Sea in the period between 1st July and 15th November. A precondition is that the waters in the drill area are ice-free, the permission issued to the Chinese company reads.

In 2019, a fleet of several Norwegian offshore supply ships accompanied the rigs in the Kara Sea.

The two Chinese rigs will not be only two drilling installations that this year explores hydrocarbons in the Kara Sea. Also the Russian rig “Arkticheskaya” is likely to operate in the area. In addition, the “Amazon” is believed to towed into the shallow waters of the Ob Bay where it will follow up drilling from 2018 and 2019.