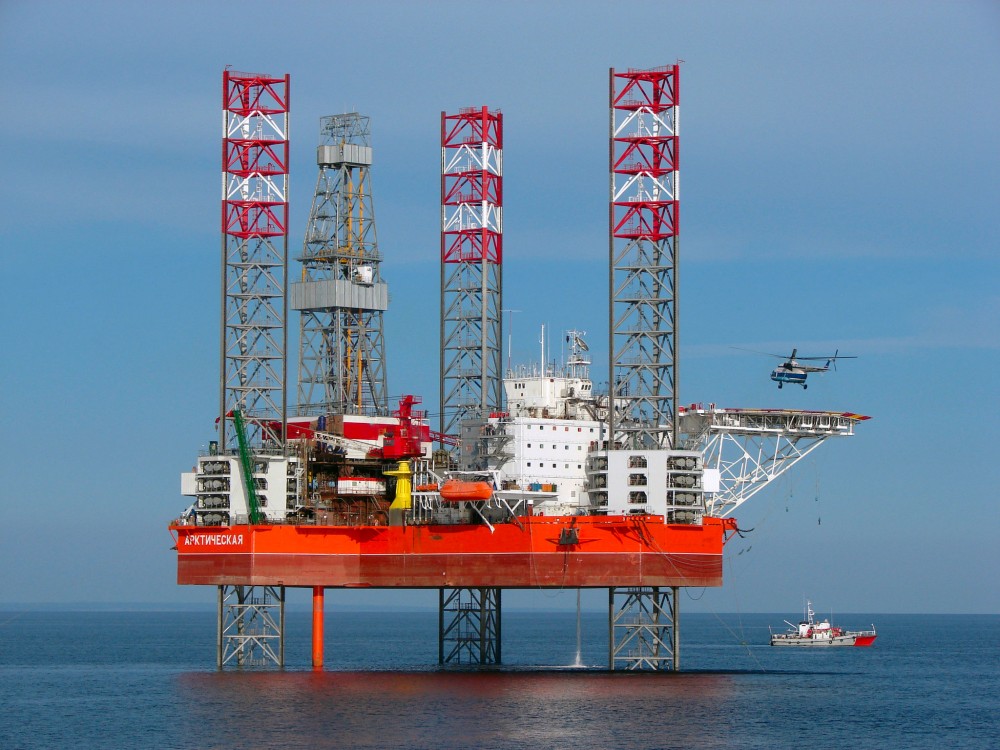 Jackup rig «Arcticheskaya» has arrived in Murmansk after 5-months of repair in Singapore, and sister rig «Amazon» is ready to spud wells in the Gulf of Ob.
Read in Russian | Читать по-русски
By

It appears to be two Russian rigs that will be doing this year’s well drilling in Russia’s Arctic waters.

The «Arcticheskaya» on the 31st of May arrived in Murmansk after a two months transport operation from Singapore. The rig had undergone a series of planned repair works in a local yard, rig owner Gazprom Flot informs in its corporate newspaper. It was subsequently carried by heavy loads ship «Albatross» the long way towards the Russian Arctic.

The ship will be ready for exploration drilling in the Kara Sea this year, the company informs.

It is not clear exactly which wells are planned drilled, but it is likely to be in one of Gazprom’s licenses areas, among them possibly the Leningradskoye field.

Meanwhile, jackup rig «Amazon» has been spending the whole winter in the remote Arctic port of Yamburg. The 6,570 ton installation was in October 2017 transported to the shallow waters of the Ob Gulf, whereupon Gazprom Flot started to build up a new crew.

It will be the first drilling season after a long period in lay-up, the company informs.

The «Amazon» is reported to engage in drilling in the course of the first half of July this year.  It is not exactly clear which wells will be drilled.

According to the Northern River Shipping Company, which tugged the rig to Yamburg, the well is part of Gazprom Flot’s drilling program.

However, according to media reports, the rig will drill a well at the Severo-Obskoye field, a license belonging to Novatek and its subsidiary Arctic LNG-3.