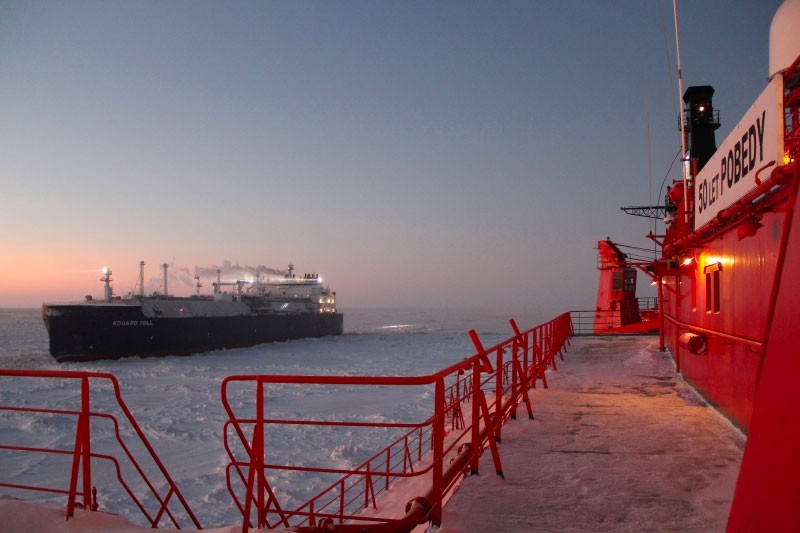 Figures for the first 10 months of 2020 show that Arctic shipping continues to increase despite the coronavirus and world economic downturn.
Read in Russian | Читать по-русски
By

In the first ten months of 2020, a total of 26,37 million tons of goods was shipped on the Russian Arctic route. That is an increase of 2,9 percent compared with the same period in 2019, the Federal Agency for Maritime and River Transport informs.

According to the state agency, it is transit shipping that now has the strongest growth. A total of 1,28 million tons of goods were in the period shipped between the Asian and European sides of the Arctic corridor. That is an increase of 83 percent compared with 2019.

The updated shipping data come as sea-ice gradually again starts to cover the remote northern waters and vessels move out.

On the 10th November, there were only four ships sailing in waters between the Yamal Peninsula and the Bering Strait.

But just few weeks ago, there was a significant number of vessels that sailed on the remote route.

According to figures from the Northern Sea Route Administration, a total of 974 commercial ships have in 2020 been granted permission to sail in the area, an increase of 26,5 percent from 2019. Of them, 156 were carrying foreign flags, the Federal Agency informs.

A lion’s share of Russia’s Arctic shipments is liquified natural gas that  is transported from the Yamal LNG plant in Sabetta. There are also major volumes of goods transported to new industrial projects in the region, including the Arctic LNG 2 in Gydan.

It is expected that shipping volumes on the Northern Sea Route this year with safe margin will exceed the 31,5 million tons of 2019.

However, it remains a long way to go before shipments reach the 80 million ton requested by President Putin in his so-called May Decrees from 2018.  Federal officials have for more than two years been grappling with how to reach the super-ambitious target by year 2024.

The federal Ministry of the Far East and the Arctic appears confident that it will be able to prepare for the increase. But state nuclear power company Rosatom believes the target can not be met before 2025.

According to the country’s newly adopted Arctic Strategy, shipments on the NSR will reach 90 million tons by year 2030 and 130 million by year 2035.

Interestingly, the strategy does not include any forecast for the year 2024.

The Northern Sea Route includes the area between archipelago Novaya Zemlya and the Bering Strait.