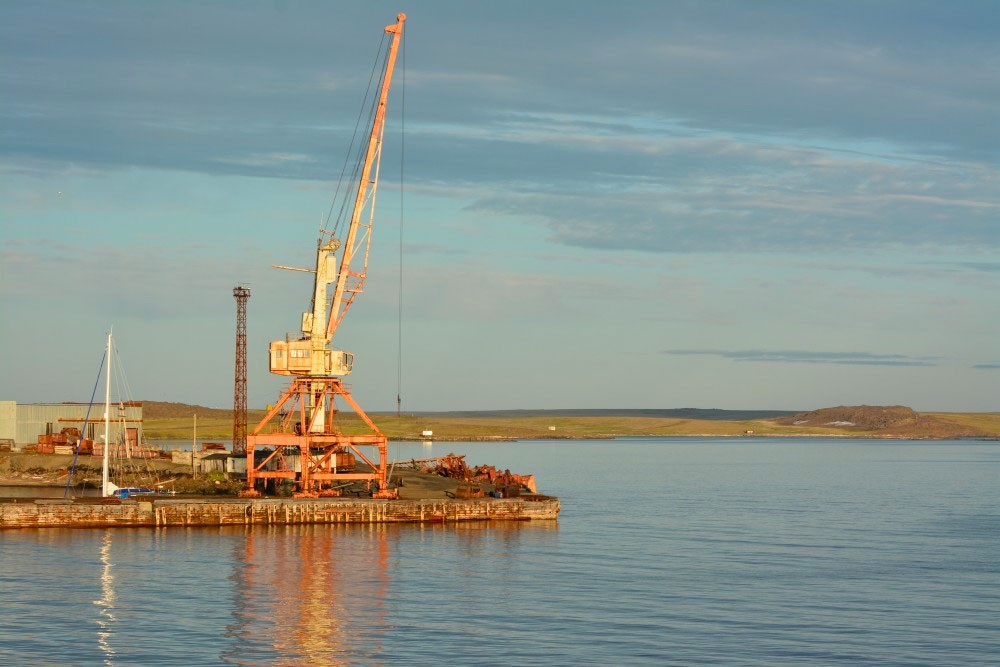 The seaport of Dikson will get a major facelift with the coming of Big Oil. Photo: Thomas Nilsen

Russian Prime Minister Mikhail Mishustin signs the decree that paves the way for a 25 million ton capacity oil terminal near the remote Arctic town.
Read in Russian | Читать по-русски
By

Big change is on its way for the about 500 people of Dikson, the town located on the northern tip of the Taymyr peninsula. Here, on the tundra that stretches into the Kara Sea, will come a terminal that annually can handle up to 25 million tons of oil.

A decree on the construction of the new infrastructure was on the 9th December signed by Prime Minister Mikhail Mishustin. It grants company Taymyrneftegaz-Port the right to build an artificial piece of land that is to house the installations.

The Ministry of Transport is commissioned to follow up the implementation of the decree over the next 24 months.

The new Sever seaport will be located about 40 km southwest of Dikson and serve as key logistical hub for the Vostok Oil project.

The project is now a top priority for Rosneft and its leader Igor Sechin. The powerful oilman has in the course of 2020 met with President Vladimir Putin four times to discuss the venture that ultimately could help the President meet his ambitious objectives for Arctic shipping.

Putin insists that shipments on the Northern Sea Route reach at least 80 million tons in course of year 2024.

In his meeting with Putin in November this year, Igor Sechin left no doubt that developments are moving forward as planned.

The project includes about 100 drilling rigs that will be placed on the oil-rich Taymyr tundra, and a 770 km long oil pipeline that will bring the vast volumes of oil to the Sever terminal.

At least 400,000 workers will be needed for the construction phase, about 130,000 of them the company’s own employees and contractor employees, Rosneft says.

Rosneft in mid-November signed a deal with Singapore-based trader Trafigura on the acquisition of a 10 percent share of the project.

The Russian company is also negotiating with several more potential partners, among them companies from India.

Talks are also believed to be in process with BP.