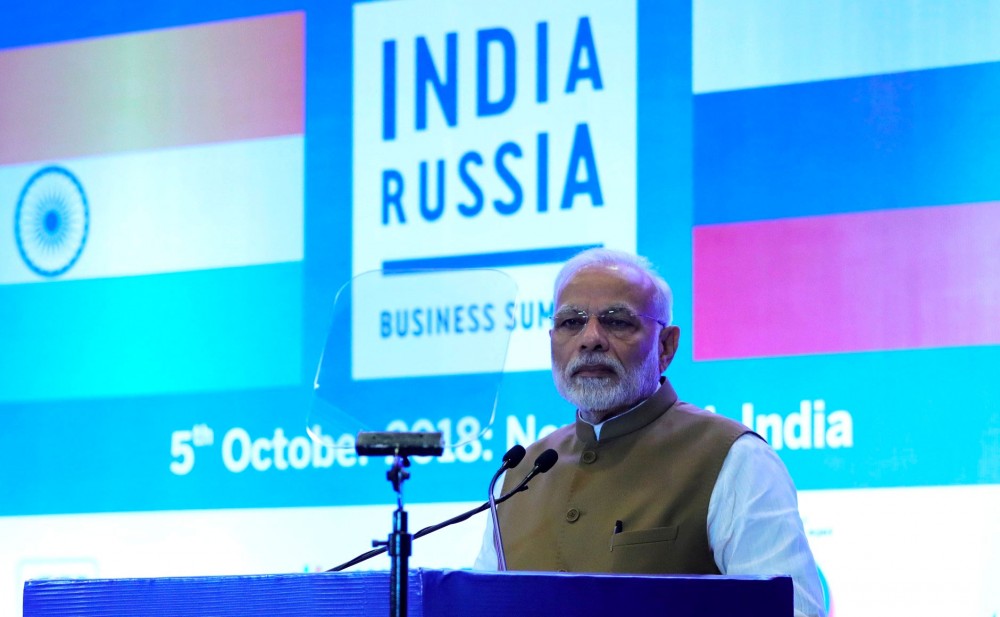 The country’s energy minister makes clear that there will be Indian participation in the major Arctic oil project to be developed in Russia’s remote Taymyr Peninsula.
Read in Russian | Читать по-русски
By

«Yes, without doubt,» Minister of Oil, Natural Gas and Steel Dharmendra Pradhan said when asked by journalists about his country’s possible participation in Vostok Oil, the major new oil project developed by Russian national oil company Rosneft. The comment was made during this week’s visit to India by Russian Minister of Foreign Affairs Sergey Lavrov.

In a comment to newspaper Times of India, Lavrov said India ultimately could become «the first non-Arctic state that engages in mineral extraction in the Arctic». Lavrov specifically referred to the Vostok Oil project, TASS reports

The project includes the development of at least three fields in the Vankor area and the building of a 600 km long pipeline to the north coast of Arctic Ocean. The new pipeline and a projected terminal will enable the partners to export an estimated 25 million tons oil per year through the Northern Sea Route.

The pipeline will also be projected to carry oil from Payakha, the fields located along the Yenisey River.

The confirmative remarks from the Indian minister comes less than three months after he paid a 4-day visit to Vladivostok and the Russian Far East.

The visit was hosted by Rosneft leader Igor Sechin and talks took place at the Zvezda Yard, the major shipbuilding facility built by Rosneft. In the delegation were top leaders of several of India’s biggest industrial companies, among them ONGC and Tata Steel.

«Both parts confirmed their interest in a possible participation of Indian partners in the project Vostok Oil,» Rosneft informed following the talks.

During the visit, Pradhan stated that the Zvezda shipyard is «poised to make a huge contribution in the development of Arctic shipping and developing shipping routes between Russia and India.»

The enhanced energy cooperation comes in the wake of closer Russian-Indian political relations.

Energy issues were high on the agenda during last year’s talks between Vladimir Putin and Indian Prime Minister Narendra Modi in Russia. Few days after that visit, Rosneft leader Sechin paid a visit to New Delhi.

Included in the cooperation are possibly also joint Russian-Indian investments in a giant Arctic coal project.

According to Rosneft, the Vostok Oil project will help Russia reach its targets for shipping on the Northern Sea Route. Vladimir Putin has made Arctic shipping one of his top priorities and requests as much as 80 million tons of goods per year on the route by year 2025.

«Among the competitive advantages of the Vostok Oil is the vicinity of the Northern Sea Route,  the unique transport corridor that opens for possible deliveries in two directions, to both European and Asian markets,» the company says.

«By year 2030, the oil production of the cluster could total up to 100 million tons, which would allow us to fulfill the May Decree of President Putin for deliveries on the Northern Sea Route.»

The Vostok Oil project will require massive investments and Rosneft has called for tax incentives of up to 2,6 trillion rubles from the Russian government.