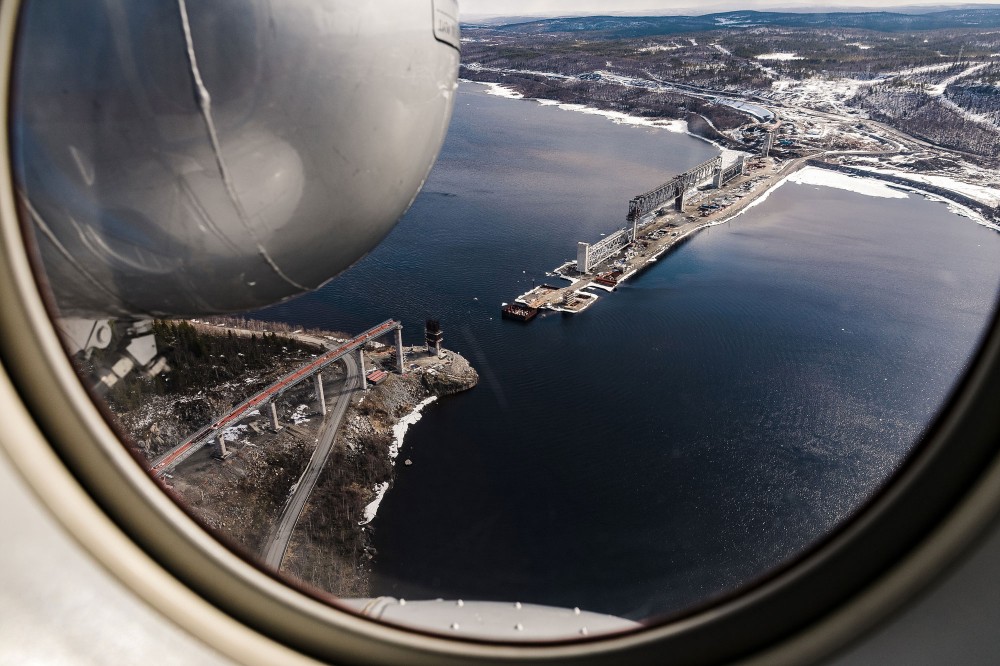 The 46 km long railway line along the Kola Bay is only about half-ready. Photo: gov-murman.ru

It's an order from Moscow: the new Murmansk railway line must be completed

As construction of the Murmansk Transport Hub had come to a full halt, top federal officials assembled for a talk in Moscow.
Read in Russian | Читать по-русски
By

The Murmansk Transport Hub is included as priority in the recently adopted Russian Arctic Strategy, and federal officials are under pressure to meet objectives.

The project includes the building of 46 km of railway along the western shore of the Kola Bay. The new line is to be connected with a new seaport and terminal in Lavna.

However, construction works were halted in early fall 2020 after a contract between company Stroygazconsulting and the Ministry of Transport was terminated.

The Lavna terminal was planned to facilitate exports of as much as 18 million tons of coal per year. But major coal shippers ultimately did not sign anticipated agreements with the new terminal. The launch of the coal port, originally scheduled at the end of 2020, may now be postponed indefinitely, newspaper Kommersant reported with reference to inside sources in the coal businesses.

The terminal “will not be”, a company-investor said.

However, the federal government is not ready to abandon the project. In the meeting on Thursday, First Deputy PM Belousov requested the Ministry of Energy and Ministry of Transport to carry out an analysis of the existing plans and projected shipment volumes and “their continued relevance under the current state of affairs in world markets.”

According to the government, the project aims at creating “a well-functioning year-round deep-water maritime hub and center for processing of goods and international transport corridor.” And, according to the participants in this week’s meeting, the plan is still to export more than 18 million tons of goods from the seaport from year 2024.

In the meeting, First Deputy Premier Belousov requested the Ministry of Transport and the State Transport Leasing Company to speed up work on the identification of a technical client for the building of the Lavna terminal.

The talks in Moscow follow a visit to Murmansk by Yevgeny Ditrikh, the Director of the State Transport Leasing Company. During a joint tour at the construction site, the company leader and Murmansk Governor Andrey Chibis underlined that the railway will be completed in 2023.

At the moment, the project is 56,4 percent ready, Chibis explained.