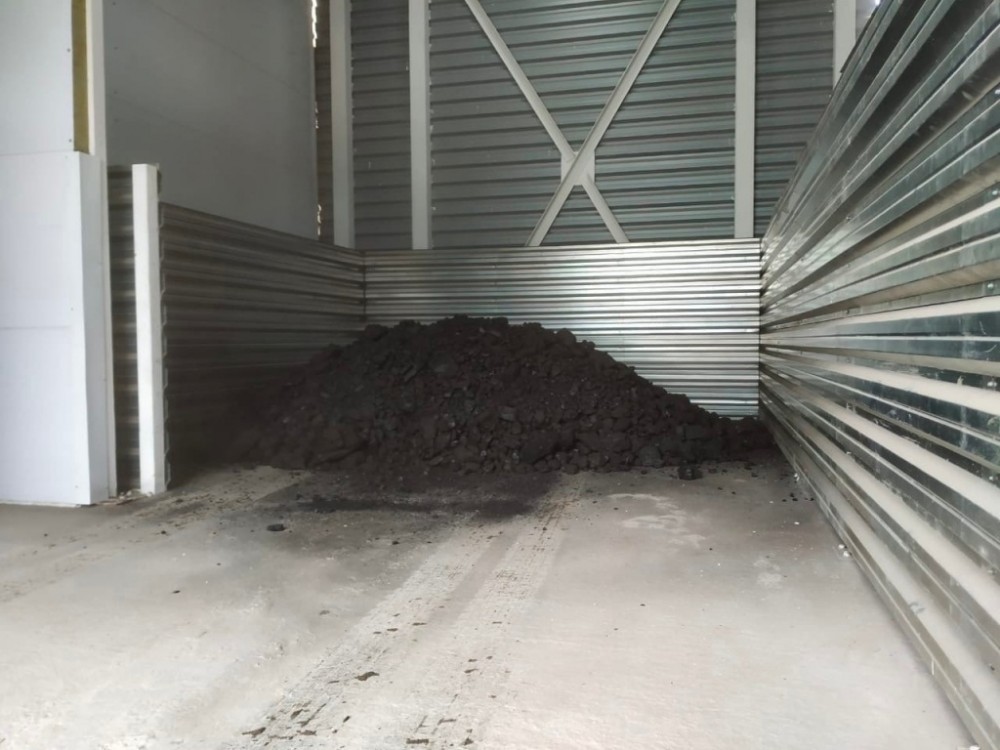 Coal for the new boiler in Severomorsk. Photo: gov-murman.ru

No clean and renewable energy on the table as regional authorities upgrade a local heating system.
Read in Russian | Читать по-русски
By

Regional authorities have spent more than 65 million rubles (€750.000) on the facility that is to provide heating and hot water to at least 500 local inhabitants. It will replace an ageing boiled fuelled by mazut, the expensive and highly polluting fuel oil.

This will help us save more than 30 million rubles per year, Serdyechkin explained during his visit to site. The price on mazut has significantly grown over the past years, and heating costs are now increasingly draining regional budgets.

Serdyechkin was accompanied around on site by Alla Istomina, the general director of MES (Murmanskenergosbyt), the regional heating provider.

According to Istomina, the new boiler meets all necessary environmental standards.

However, neither she, nor Deputy Governor Serdyechkin, appeared to be bothered by the fact that the new installation is fuelled by coal, not by a clean and renewable source such as wood pellets or other biomass. Also natural gas would be an environmentally far cleaner alternative for the people of Severomorsk.

According to regional authorities, the new boiler includes three furnaces. It has been under construction since 2019 and is expected to start burning the carbon-rich rocks in the course of the next few weeks.

The installation in Severomorsk is not the only new coal-fuelled boiler in the far northern Russian region. In 2019, two similar installations were built in villages of Leypi and Beloye More. The two boilers cost a total of 95 million rubles, the Murmansk Development Corporation informs. The heating system across the Kola Peninsula is in dire need for upgrades and additional coal-fuelled boilers could soon be built.

Despite its devastating effect on climate change, coal remains a core component in the Russian energy mix.

Over the last 10 years, the country has boosted its coal production by more than 30 percent to a total of 440 million tons, and production is to continue upwards. According to a draft development program, annual coal production might reach as much as 670 million tons in the course of the next 15 years.

Also Murmansk is a region closely connected with the coal industry. Its main seaport handles several million tons of the polluting rocks every year, and the new terminal of Lavna could ultimately handle several millions more.