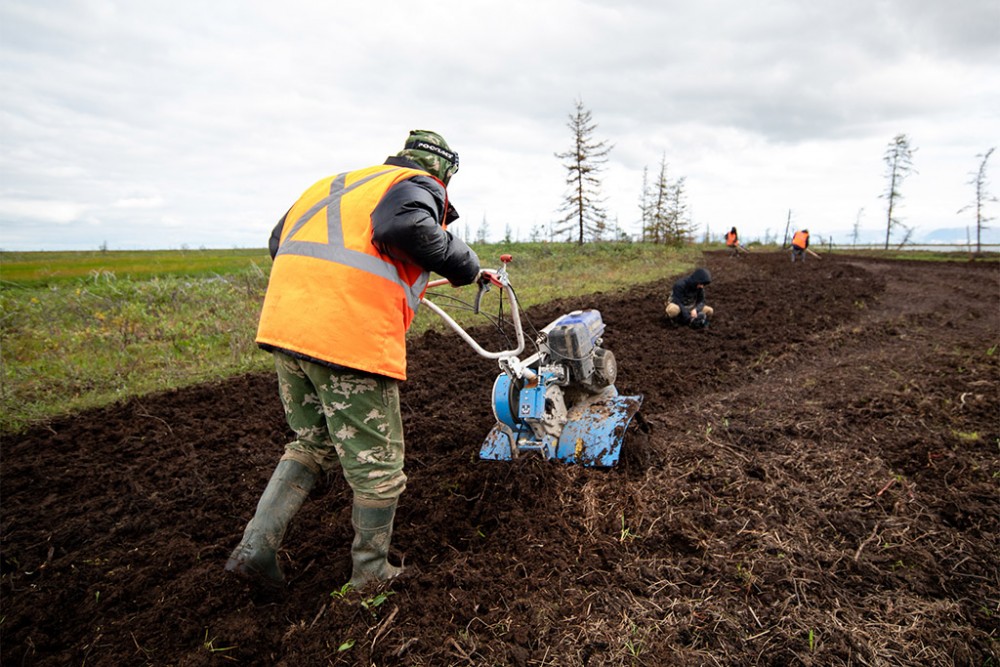 Nornickel has commenced the active phase of the cleanup project aiming to reclaim the contaminated land after a destructive oil spill in May 2020.
Read in Russian | Читать по-русски
By

On May 29th, 2020, 21 kilotons of fuel leaked out of the Norilsk-Taymyr Energy Company’s No. 3 Thermal Power Plant (HPP-3) in Norilsk. The support column in the basement of the power plant’s diesel storage tank had accidentally sunk, thereby rupturing the tank and spilling 21,000 tons of fuel. Supposedly, the HPP-3 was located in a fairly remote area and did not cause any damage to local communities. Nonetheless, the accident (which was quickly deemed a regional emergency) was highly damaging, not only to the oil-tarnished nature, but also economically to Nornickel, the parent company of the Norilsk-Taymyr Energy Company.

After the accident, the Russian Federal Service for Supervision of Natural Resources (Rosprirodnadzor) had filed a claim against the Norilsk-Taymyr Energy Company in the Arbitrazh Court of the Krasnoyarsk region. Rosprirodnadzor wanted financial compensation for the grand environmental damage the oil spill had caused, leading to the Russian court fining Nornickel for €1,62 billion. In early March, 2021 the company announced that they had paid off the monetary fine for the “damage caused to the environment”. However, paying the fine is not the sole thing Nornickel has had to do in the aftermath of the Norilsk spill.

The mining and metallurgical giant will potentially be shackled to a ten-year long cleanup project of the area.

After the accident, a jointly developed reclamation project was initiated by the Norilsk Taymir Energy Company and ANO Eccoterra. The project implements gentle measures aimed at restoring the ecosystem based on currently available technologies. A main goal with the established land reclamation project is to restore the fertile layer of soil and the natural ecosystem in the region that was damaged during the spill, the company informs.

The cleanup of the Norilsk region is expected to be completed within a ten years’ time.

According to a news update published by Nornickel on August 24th, the land reclamation project’s “active phase” is under way.  It is planned that a territory of up to 900,000 square meters will be sowed with seeds of Arctic plants (such as meadow clover, meadow timothy and meadow fescue) native to the region to restore the land’s conditions to a level that meets Russian federal requirements.

Another part of the cleanup project is removing 467 abandoned buildings and structures, over 1.3 million tons of industrial waste, 2 million tons of garbage, and about 600,000 tons of scrap metal.

When commenting on this additional initiative the Vice President for Environment Protection and Industrial Safety, Stanislav Seleznev, explained why Nornickel is planning to go beyond simply cleaning up the direct effects of the accident. He stated, “Nornickel’s environmental strategy provides for the Company to take a leading position in setting the environmental agenda by 2030. The reclamation of land contaminated due to the accident at HPP-3 is only the beginning of our path towards achieving this goal, and part of a large amount of work. Our environmental programme is aimed at protecting land resources, air, water bodies, preserving biodiversity, increasing waste recycling and reusing.”

According to Nornickel, already over 200,000 square meters have been ploughed, 55,000 square meters of peat has been integrated into the area to reestablish a fertile soil layer, and 70,000 square meters of soil have already been sown with seeds. Additionally, after the spill in 2020-2021, Nornickel claims to have removed contaminated soil from the spill area with the use of bulldozers and excavators. This contaminated soil was then transported to special accumulation sites for further disposal using microbiology remediation which was approved by a state environmental inspection.

Yevgeny's silent protest against oil spills was repressed by police