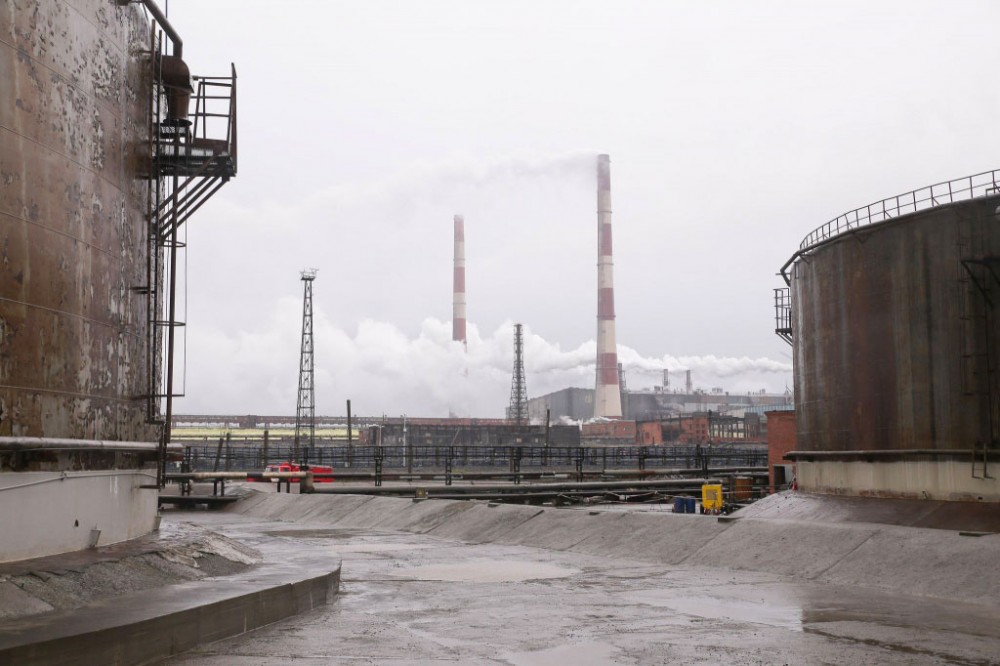 Mining and metallurgy company Nornickel is punished for pollution in the Taymyr Peninsula. Photo: Ministry of Natural Resources

More than 21,000 tons of diesel oil spilled into rivers, lakes and vulnerable wetlands. Now, the company has to pay the biggest fine ever issued in modern Russia.
Read in Russian | Читать по-русски
By

Judges at the Krasnoyarsk Court of Arbitration on the 5th of February announced their verdict in the case against the Norilsko-Taymyrsky Energy Company.

The company that is owned and managed by mining and metallurgy giant Nornickel will have to pay 146,18 billion rubles (€1.62 billion) for the grave environmental damage inflicted on nature in the Taymyr region.

It was Russia’s environmental protection agency Rosprirodnadzor that sued the company after more than 21,000 tons of diesel fuel in late May 2020 leaked from a ruptured oil reservoir near the city of Norilsk.

Rosprirodnadzor and its leader Svetlana Radionova originally demanded almost 148 billion rubles. Nornickel and its subsidiary, however, soon disputed the claim and argued that damage was worth only 21,4 billion rubles (€238 million).

“I am confident that this money will be spent on solving environmental problems,” she says in a statement.

According to newspaper Kommersant, practically the whole sum (145,5 billion rubles) will included in the federal budget, while the minor sum of 685,000 rubles will be included in the budget of Norilsk.

In a statement, Nornickel says it will “carefully study the verdict.” It is not clear if the company will file and appeal.

Previously, the company has argued that the fine must be included not in the federal treasury, but rather in the regional budget of Krasnoyarsk.

The fine is unprecedented in Russia and must be seen as a strong signal to the country’s powerful producer of nickel, copper, palladium and platinum. It is a strike against the company. But company shareholder and CEO Vladimir Potanin will have no major problems finding the required money.

In 2018, Nornickel cashed out as much as $3,7 billion of dividends to its company shareholders, among them Vladimir Potanin himself.

Nornickel has now convinced shareholders that dividends for the first nine months of 2020 will be reduced to 98,64 billion rubles (€1 billion). That is less than half the sum paid to the owner compared with the same period in 2019.

The cut in dividends has not been well perceived by key shareholder Rusal and its owner Oleg Deripaska, Forbes reports.

It was long believed that climate change was the reason for the oil spill. According to Nornickel and a number of environmental experts, the ground under the oil reservoir collapsed following the melting of permafrost. However, federal inspectors have later rebuffed that theory.

The oil reservoir ruptured because of construction errors and mismanagement by the company, experts from the state technical control authority Rostekhnadzor conclude.

Nornickel is from before known as one of the worst polluters in all of Russia. Over several decades, the vulnerable Arctic lands surrounding the company plants in Taymyr have been subject to heavy pollution. In 2018, a total of 1,9 million tons of sulfur dioxide were emitted from the chimneys of Norilsk. That was by far the biggest SO2 emissions in the world. In addition comes serious pollution of local soil and waterways.

Nornickel is also a major polluter in the Kola Peninsula.

The environmental situation around Norilsk has sparked outcry not only from locals and environmentalists, but also from top federal politicians. In October 2020, leader of the Federation Council Valentina Matvienko expresses shock and outrage about company mismanagement and the massive pollution in the area.

In a press conference, Matvienko said that company town of Norilsk used to be a “garden town”, but now looks more like a “slum” with worn-out infrastructure, and power grids, water canalization, roads and housing in disarray.

The vocal attack of the company did not only aim at Nornickel’s recent huge spill of diesel fuel, but also at the company’s general practices.

According to the long-time speaker of the parliament body, Nornickel has put on display “complete cynicism” and “total indifference towards the motherland where they live and make huge money.”

She also accused the managers of Nornickel of grave corruption.

The company is bribing both local and regional legislators and have their people in control over the Norilsk town budget, she said.