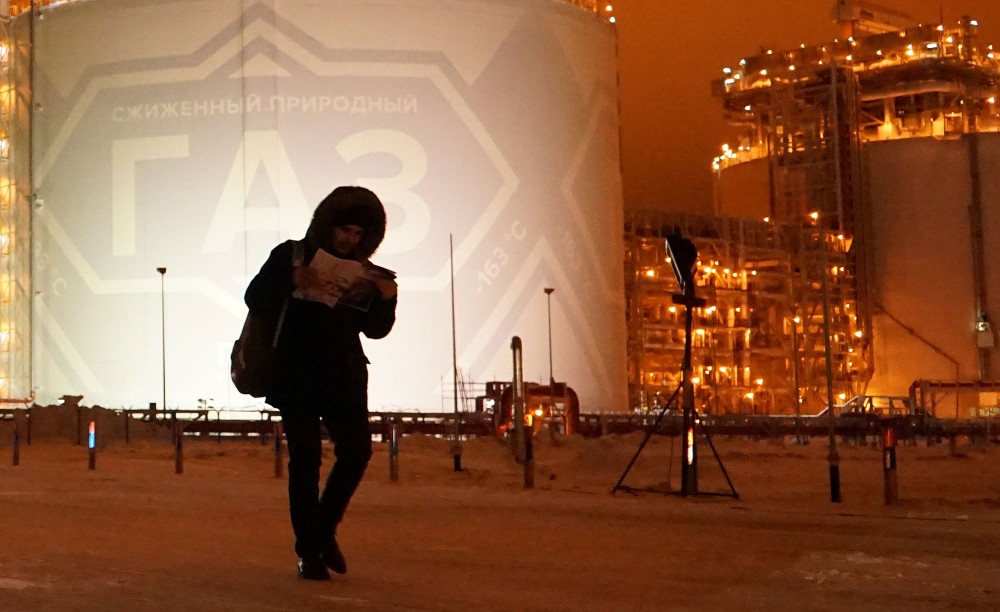 The Ob LNG will be built in Sabetta, next to the Yamal LNG. Photo: Atle Staalesen

Company Novatek decides to develop the Ob LNG on the basis of a floating gravity-based structure.
Read in Russian | Читать по-русски
By

The next liquified natural gas project in the Russian Arctic is likely to be the Ob LNG. It will produce 6,6 million tons per year, have a development cost of about $7 billion and stand ready for production in 2027.

And it will be built with foreign technology, newspaper Kommersant reports.

The company previously considered to apply the Russian-developed Arctic Cascade technology in the project. But negative experiences from the 4th train of the Yamal LNG have made the natural gas developers change their mind.

The Ob LNG will be built on the same model applied in the Arctic LNG 2, with so-called gravity-based structures (GBS).

The structure will be built at the Novatek’s plant in Belokamenka near Murmansk and towed to the Ob Bay when ready.

The new plant will be built in Sabetta, the same site as the Yamal LNG project. It will be based primarily on the resources of the Verkhnetiuteyskoye and Zapadno-Seyakhinskoye fields. However, in 2021 the company obtained licenses also to the Arkticheskoye and Neytinskoye fields, and consequently boosted available resources.

According to Kommersant, French energy company Total is interested in joining the project. The company from before have owner interests in both the Yamal LNG (20%) and the Arctic LNG 2 (10%).

The Ob project could ultimately include also an ammonium production plant.

In a comment, Novatek owner and CEO Leonid Mikhelson says that the additional licenses in the region allows the company to produce both LNG and ammonium.

“In 2021 we got two new licenses - the Arkticheskoye and Neytinskoye - with significant resources … [and] this allows us to develop the petrochemical project, concretely this year we are talking about an ammonia project, because there are four fields and an opportunity with regard to volumes to decide also about future LNG projects,” Mikhelson said.

The company leader is quoted by Kommersant.

The Ob LNG will be Novatek’s third liquified natural gas project in the Arctic. From before, it is operating the Yamal LNG and in 2023 it is due to launch the Arctic LNG 2. When all three projects are fully up and running the company’s total LNG production capacity in the region will amount to about 45 million tons per year.