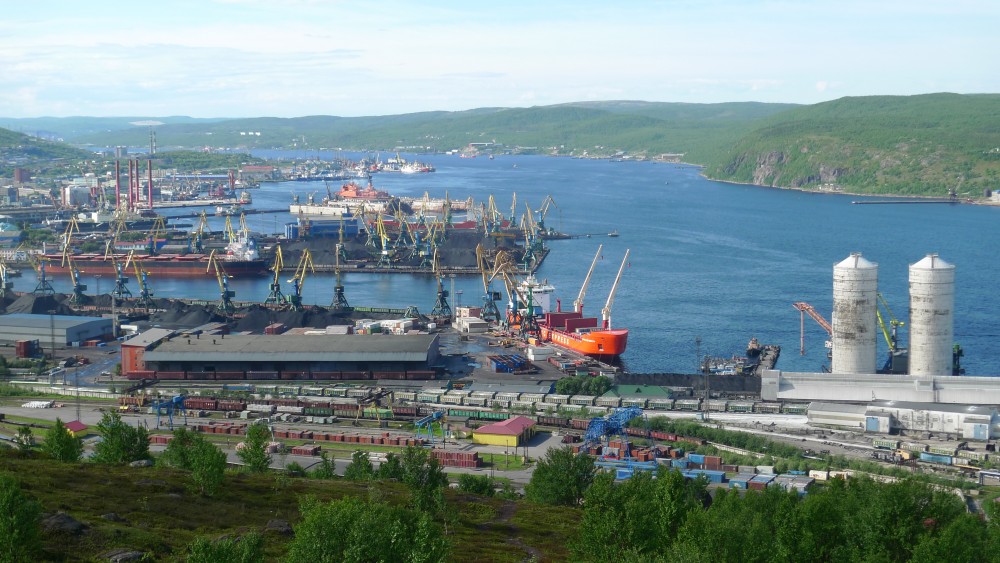 Construction of the new large harbor facilities on the west side of the Kola Bay has officially acquired status as strategic importance for Russia.
Read in Russian | Читать по-русски
By

It was during a meeting with the Government that dictator Vladimir Putin instructed work to be prioritized. Everything necessary must be done to complete the Murmansk Transport Hub project as soon as possible, Putin said according to regional media reports.

Secretary of the Security Council, Nikolai Patrushev, told Putin that the Baltic Sea turns into an inland sea for NATO as Finland and Sweden join the Alliance making transshipment of goods via Murmansk one of the main transport routes for Russia.

Murmansk is the only year-round ice-free port in European Russia with direct access to the North Atlantic.

Patrushev argued that the importance of Murmansk now will be just as it was “in the years of the Great Patriotic War” (Second World War).

In 2020, however, all infrastructure work was halted after contracts between company Stroygazconsulting and the Ministry of Transport were terminated. Now, new contractors are engaged, but the planned coal port is postponed indefinitely as Europe no longer wants to buy coal from Russia.

Abandoning plans for a coal harbor, however, doesn’t mean the end of Murmansk Transport Hub as such. Other goods, like fertilizer and metals, as well as a container port, are now in the pipe with an aim to export more than 18 million tons of goods from the new seaport.