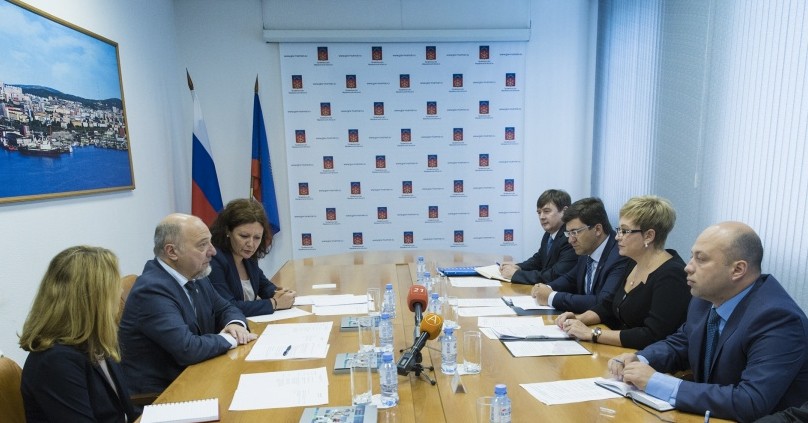 «We agree that the massive nickel pollution across the border must stop», local Mayor Rune Rafaelsen says after his meeting with Murmansk Governor Marina Kovtun.
By

«We are a municipality and they are a Russian region», Rafaelsen underlines. He rebuffs that he is trying to take on a diplomatic mission and a foreign policy role.

«However, we have a joint interest in a strengthening of cross-border regional cooperation», the Kirkenes mayor says to the Barents Observer. «This is neighborhood policy, which has the full support from government».

The meeting between Rafaelsen and Murmansk Governor Marina Kovtun broke the time schedules and included a range of various issues, among them of complicated character.

According to Rafaelsen, he head-on addressed the continuous pollution from the nickel plant in Pechenga, the Russian border municipality. «I have a personal engagement in this issues», the mayor underlines. Earlier this month, he took part in a public debate about the Nikel plant, where he insisted that international pressure is put on plant owner Vladimir Potanin.

«Governor Kovtun agreed that something needs to be done and said that an action plan is in the process», he says.

Later this year, the Kirkenes mayor will join Vidar Helgesen, Norway’s Minister of Environment, to Moscow for discussions with Russian environmental authorities.

On the agenda was also the expulsion from Russia of Norwegian businessman Atle Berge, the owner of Ølen Betong, a company which successfully has operated in Murmansk since 2007. Berge was in July this year told by the FSB that he was unwanted in Russia, because he had «collected information».

Also sea port development was on the agenda, and the Norwegian delegation underlined that its Kirkenes port can complement the bigger Murmansk port, also in issues of cruise tourism.

«It was a very good meeting», Rafaelsen underlines.

The Kirkenes representatives also met with Murmansk City Mayor Aleksey Veller, the man who is running for a seat in the Russian State Duma in the upcoming elections. It was agreed to start preparing a friendship agreement between the two municipalities, Rafaelsen says to the Barents Observer.