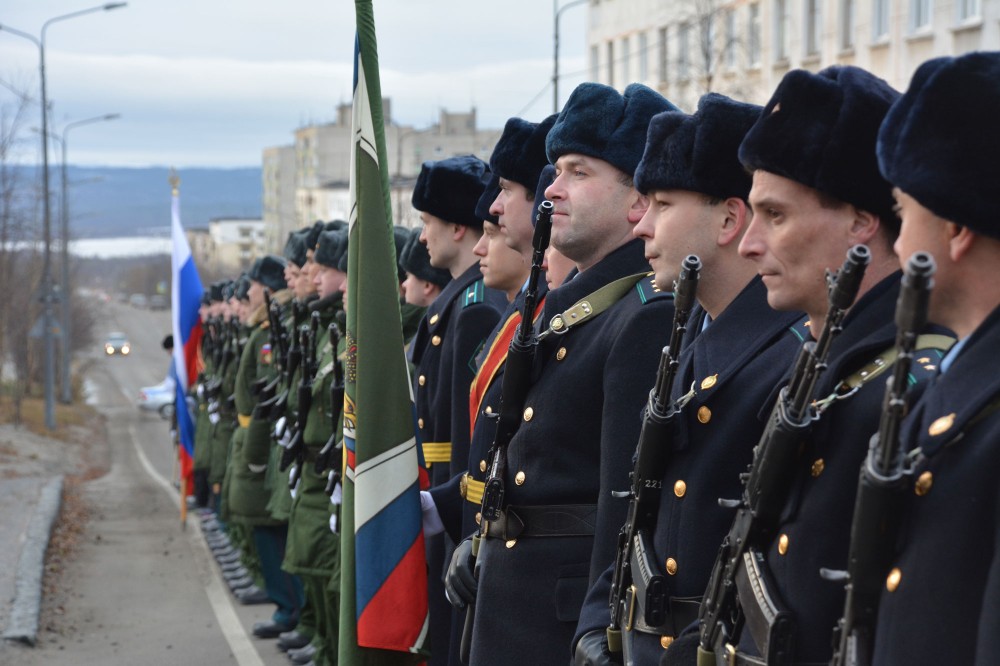 Mobilised men from the far northern Russian border town say they are abandoned along the frontline in Ukraine without food and equipment.
Read in Russian | Читать по-русски
By

“We do not have guns, no food, no cloths, nothing,” a mobilised man from the town of Zapolyarny says to Zapolyarnaya Vertikal, a local media in the Pechenga region.

“I went there to fight, not to rot in this forest,” he says.

“If there will be an offensive, we will have nothing to protect ourselves with.”

The report has created a stir in Pechenga, the Russian municipality located along the border to Norway and Finland. According to the mobilised man, the soldiers were sent to Ukraine on the 28th of September and dumped in a forest at an unknown location. They stayed there for three days without any contact with military command.

They are appointing commanders among themselves. And all equipment, except a Kalashnikov and four ammunition magasins, had to be obtained by the men themselves. That includes also food.

The 100,000 rubles that had been provided by the authorities was quickly spent on food and equipment.

According to the report, there are now about 2,400 men from the regions of Murmansk, Arkhangelsk, Komi, St.Petersburg and Dagestan deployed in defensive positions across the Luhansk area.

Earlier this week, a man from Arkhangelsk in a video castigated over the support provided by regional Governor Aleksandr Tsybulsky, saying that they are forced to buy most equipment themselves.

Reservists from Murmansk say they have no drinking water and that they are forced to boil water from puddles.

Representatives of the Soldiers Mothers previously told the Barents Observer that they receive massive numbers of requests from relatives about the dire situation.

This week a group of mobilised reservists from Komi posted a video where they complain about the lack of equipment.

The municipality of Pechenga houses several major military forces, among them the 200th Motorised Rifle Brigade and the 61st Naval Infantry Brigade. Both brigades have suffered massive losses during the war, and several hundred men and major volumes of hardware have vanished.

Pechenga is also training ground for mobilised men from major parts of Northwest Russia, like the regions of Murmansk, Arkhangelsk and Komi. Hundreds of them have been sent to the front. And some do not come back. Local media this week reported that Mikhail Kosarev, a local from Zapolyarny, had been killed in battle.

The post in Zapolyarnaya Vertikal quickly attracted major attention in the small municipality of about 35,000 inhabitants and the number of reader comments in only few days exceeded 350.

Among the authors of the comments are at least five mothers of mobilised men.

“I am one of mums that has a child on the photo,” a woman named Irina says.

“I believe it is time to join forces and address Governor Chibis,” she underlines.

“Our children and husbands are sitting there hungry. And on the TV, they say that everything is ok […] We have to get our men back home to their mothers, children and wives.”

Another woman underlines that the described situation is correct. “I can confirm every word of this post. My son called me and told me about the horrors […]

“What is happening — I am a mother — I do not sleep at nights thinking about my son who spends the nights in trenches on the open ground,” she writes.

“Also I have a son there,” a woman named Lidia says. “He was taken away on the 28th of September, and I can sign under every word [of the report]. The boys are buying what they need themselves and live scattered around without support. […] Also my oldest son left Pechenga on the 22nd of October and flew to this, I beg your pardon for the expression, asshole of a place.”

“I do not sleep at nights, and I have lost weight,” a mother named Yevgeniya says.

Far from all reader comments share the same view. Some readers simply do not believe that the soldiers live under the dire condition. And some prefer not to speak about it.

“By writing here, you only spread panic and concern,” a woman named Nataliya says. “Mothers and wives are all in panic because of the uncertainties and pain for their dear ones, and it seems that you only want relatives to worry,” she underlines.

The posting of the information is justified, the editor of Zapolyarnaya Vertikal argues.