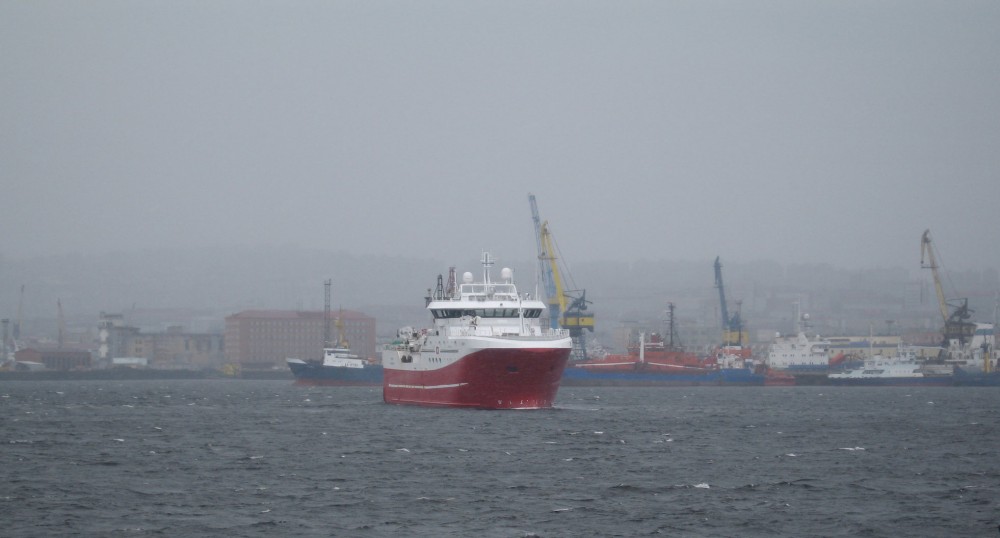 The «Remøy» is on its way home. But the shipowner will soon face Russian court proceedings.
Read in Russian | Читать по-русски
By

«We are really happy that the crew and vessel are on their way to Tromsø», says Olav Remøy, board leader of shipowner company Remøy Havfiske. «The crew has been under major pressure and we are therefore glad that we can welcome them home after eight week at sea», he adds.

Nine crew members were allowed to return to Norway on the 26th May. Eight people remained on the ship, fiskebåt.no reports.

The Norwegian Ministries of Foreign Affairs and Fisheries have actively been engaged in getting the ship out of the Russian Arctic city.

The Norwegian trawler was on the 11th May arrested by the Russian Coast Guard for illegal fishing of shrimp in Russian waters.

The Norwegian Fishery Directorate soon confirmed that an administrative error on the Norwegian side had been the reason for the detention of the ship. The trawler had applied for license to shrimp catch as part of a Norwegian quota in Russian waters. The license was issued, however the documents submitted by the Directorate to the Russian side included mistakes.

«It is scary that such a small issue can get these major consequences and take so much time», says Olav Remøy. «Considering the trivial mistake which was made, this case should have been resolved immediately», he stresses.

According to NRK, there has been paid no bail in the case. But the shipowner will have to face court proceedings in Murmansk.