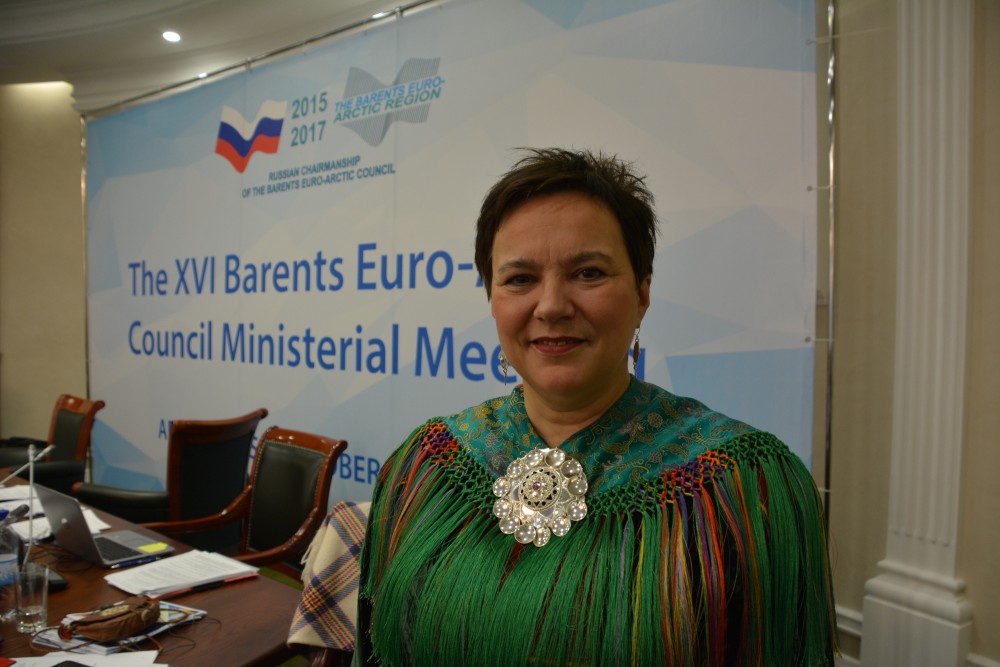 The merger with neighbouring Troms will not affect our work with the Barents Cooperation, says head of the Finnmark County Ragnhild Vassvik.
Read in Russian | Читать по-русски
By

The BRC is a cross-border cooperation body which includes regional political leaders from three Nordic countries and Russia. It unites 14 member regions, as well as a representative of indigenous peoples, in the northernmost parts of Finland, Norway and Sweden and Northwest Russia. It was established in 1993 along with the inter-governmental Barents Euro-Arctic Council. The BRC is governed on the basis of two-year rotating chairmanship periods. Council activities are supported by the permanent International Barents Secretariat in Kirkenes, Norway.

The northernmost Norwegian County of Finnmark today took over the Chair of the Barents Regional Council, the cooperation body which includes 14 regions in northern Norway, Russia, Sweden and Finland.

In a meeting in the northern Russian city of Arkhangelsk, Vassvik took over the council club from Timo Korhonen, the outgoing chair from the Finnish region of Kainuu.

Vassvik takes over the responsibility for the Barents cross-border cooperation as her region it is about to be merged with Troms, the more powerful neighbouring county.

According to Vassvik, the merger with Troms will not weaken her ability to lead the Barents Regional Council. The merger will come into effect only in year 2020, after the end of her two-year chairmanship period. And also Troms is committed to the Barents Cooperation, she argues.

Still, there is clearly a negative light over it all.

Vassvik and her Labour Party has strongly opposed the merger with Troms, a part of the regional reform initiated by the rightwing government in Oslo.

According to the regional politicians, the reform will weaken the position of Finnmark, the biggest Norwegian region in terms of territory, but the smallest in terms of population. Furthermore, it could negatively affect its special relationship with nearby Russia.

«This relationship was a key argument in our opposition to the reform, and it is also a key component in our current negotiations with Troms», Vassvik says.

«The capital of the new merged region should be the town of Vadsø, not Tromsø, because of the former’s location near Russia», she underlines.

Finnmark has centuries of un-interrupted cooperation with Russia, the County Council leader underlines. «And the Russians are very clear and outspoken about their close relationship with us in Finnmark, both historically and with regard to current affairs», she adds.

While Norway is losing one its members in the Barents Region Council, Finland is gaining new. In November last year, the region of North Karelia was approved as fully-fledged member of the club.

In a comment to the Barents Observer, regional leader Risto Poutiainen says North Karelia will benefit from the Barents involvement.

It will strengthen the role of the region, he argues.

According to Poutiainen, the Barents Regional Council clearly has something to offer.

«This is a very good way of doing cooperation, there is a good atmosphere around the table and cooperation feels easy», he underlines.