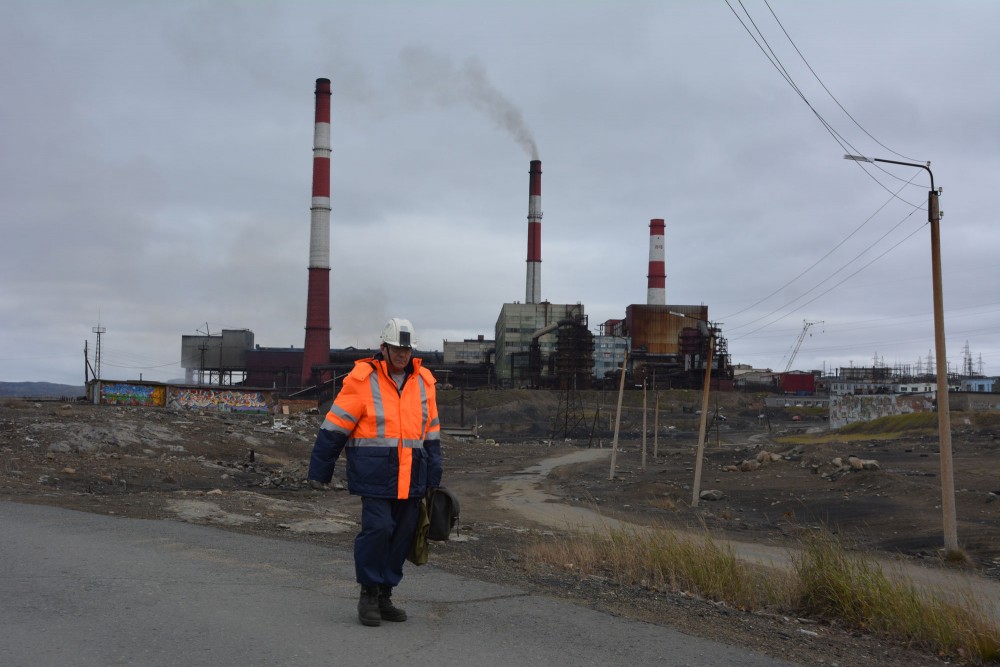 Worker at the plant in Nikel. Photo: Atle Staalesen

A gradual halt in production is likely to take place before Nornickel fully closes its smelter in the Russian border town.
Read in Russian | Читать по-русски
By

Employees have started to get notice from Nornickel about re-employment in other company units in Zapolyarny, Monchegorsk, as well as the far away Norilsk and Bystrinsky project.

The closure is due to take place by year 2021, plant worker Sergey told the Barents Observer.

The time schedule is confirmed by representatives of Kola MMC, the regional subsidiary of Nornickel. The plant equipment will stepwise be taken out of operation and parts of the plant will continue production until the full dismantling of the furnaces, the company says to SeverPost.

The process is planned to be completed by the end of year 2020.

The number of people working at the plant is due to gradually reduced in the course of the period.

According to the company, the preferences of the employees will carefully be mapped in the course of the next couple of months. Based on the results of the surveys, a set of support measures will be elaborated, SeverPost reports.

The measures will take into account the various life situations of the employees and their individual needs, Nornickel says to the news agency.

Nornickel is the world’s leading producer of nickel. In the first nine months of 2019, the company produced a total of 166,948 tons, a 6 percent year-on-year increase from 2018. The company plants in the Kola Peninsula accounted for 120,513 tons of the production, a survey from the company shows.

At the same time, financial results show major revenues. In the first nine months of the year, Nornickel intends to pay $1.5 billion in dividends to owners.

The closure in Nikel is likely to result in a significant population decline in the municipality of Pechenga. By 1 January 2019, the local population totaled 37,129. That included 11,672 inhabitants in Nikel and 14,902 people in nearby Zapolyarny.