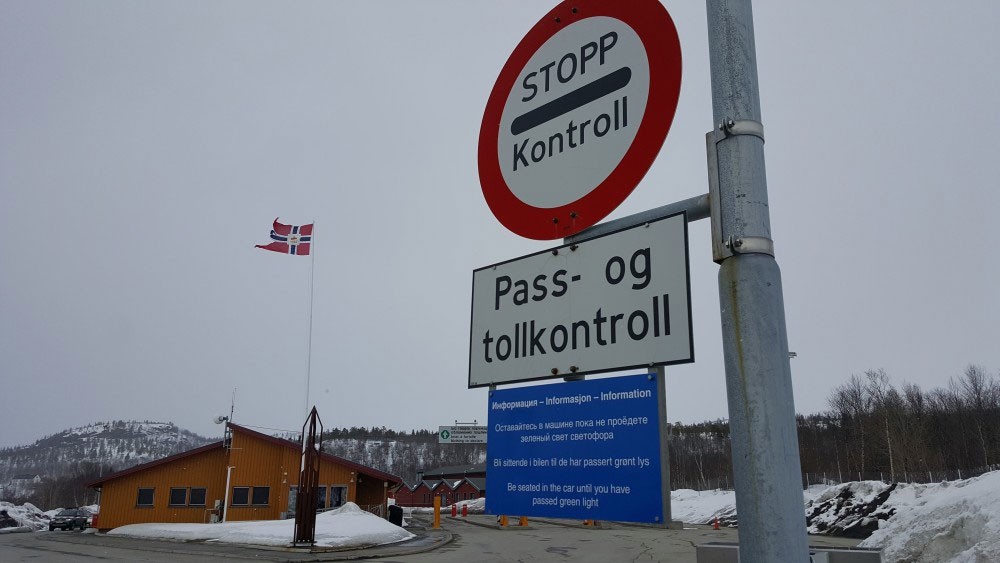 The Storskog station is the only border crossing point between Norway and Russia. Photo: Thomas Nilsen

Prime Minister Mikhail Mishustin announces that no foreigners will be allowed to cross the border between Russia and Norway. Meanwhile, the border to neighboring Finland remains open.
Read in Russian | Читать по-русски
By

The Russian prime minister on Saturday morning announced a new set of measures aimed at halting the spread of the coronavirus in the country. Among those measures is a closure of the borders to Norway and Poland.

The closure comes into effect on 15th March. The measure is made in cooperation with the FSB, Interior Ministry and the Ministry of Foreign Affairs, the federal government informs.

All foreigners will be barred from crossing the border between the countries. Exceptions include citizens of Russia and Belarus, as well as members of official delegations, that are on their way back to Russia.

The measure comes after several restrictions imposed over the last days. On Friday, authorities in Murmansk banned all public events that include foreign presence. And regional governor Andrey Chibis at the same time underlined that any traveler from the neighboring Nordic countries will have to undergo 2-week long self-isolation upon return.

Violators of the regime could ultimately face major fines, and even prison terms.

The measure comes after a significant hike in the number of individuals infected in Norway. Almost 1,000 Norwegians are now registered with the coronavirus and the country’s authorities have introduced a set of stringent measures, among them a full closure of schools, kindergartens, universities, as well as many public services, shops and cafes and restaurants. At the same time, all foreigners from outside the Nordic region are barred from entering the country.

In Russia, the number of people officially registered with the virus so far remain on a relatively low level. However over the last couple of days, the numbers have more than doubled, figures from a corona virus monitoring site show.