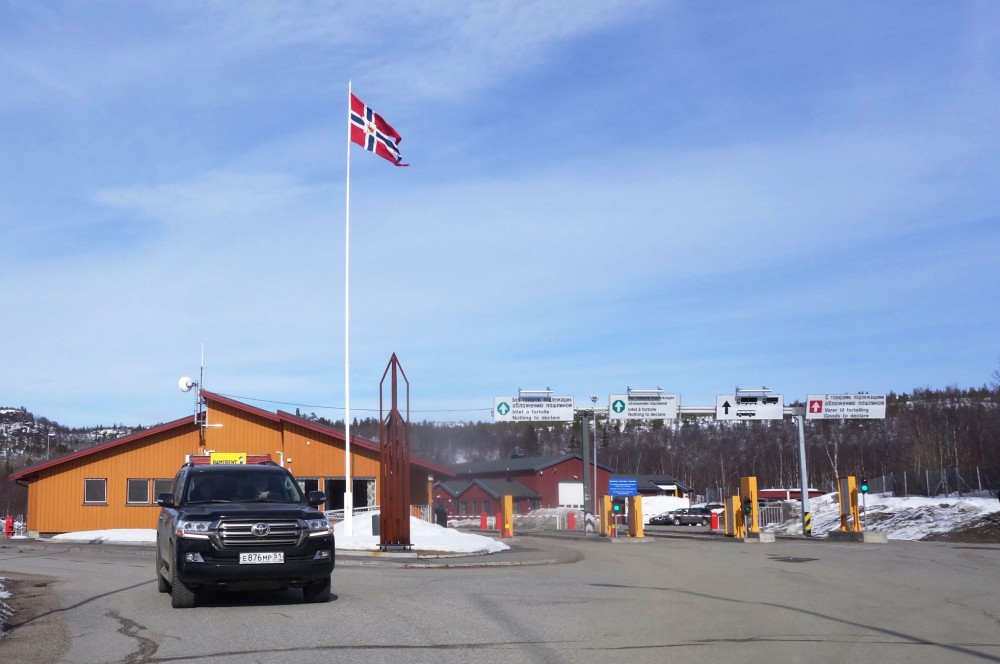 Return from this country comes with a price. Photo: Atle Staalesen

Health authorities warn people in Murmansk that visits to neighboring Scandinavia must be followed by 14 days of self-isolation.
By

As growing fear of the coronavirus takes hold in Russia, health authorities step up measures to prevent spreading.

A letter distributed among people and work places in Murmansk this week, the authorities underline that all visitors to countries badly hit by the virus will face consequences upon return home.

Both Norway and Finland are among the countries included in the letter, Blogger51 reports.

All travelers that have returned home must call a hotline established by the regional Health Ministry and subsequently enter a 14-day full self-isolation at their home.

Individuals that refuse to comply face fines up to 80,000 rubles (€965), alternatively prison terms up to five years, the letter reads.

Earlier this week, regional Governor Andrey Chibis called on inhabitants of the Arctic region to refrain from traveling to the neighboring countries.

Starting from Thursday this week, the same restrictions will apply for Russians traveling to Norway. The new restrictions introduced by Norwegian authorities request a similar 2-week isolation of travelers from abroad.

Regional health authorities on the 6th March adopted new and stricter epidemiological regulations and all hospitals and medical institutions are reported to have been provided with sufficient materials for diagnostics, treatment and prevention of the new infection.

Health personnel are on round-the-clock preparedness and special observatory mechanisms for inhabitants that return from “unfavorable territories” have been established, the regional government informed.

So far, no cases of coronavirus have been recorded in the Kola Peninsula. In the country as such, there are a total of 29 cases of infection, of them 16 in Moscow, a Russian coronavirus monitoring site informs.

Despite the looming threats, the country’s Prime Minister Mikhail Mishustin on Thursday underlined that “the risk of spreading of the infection in our country has been reduced to a minimum.”

Meanwhile, in neighboring Norway the number of cases on Thursday increased to 629, of which 11 are registered in the country’s northernmost region of Troms and Finnmark.

Murmansk region borders on both Norway and Finland and cross-border traffic in February 2020 reached its highest level in several years.