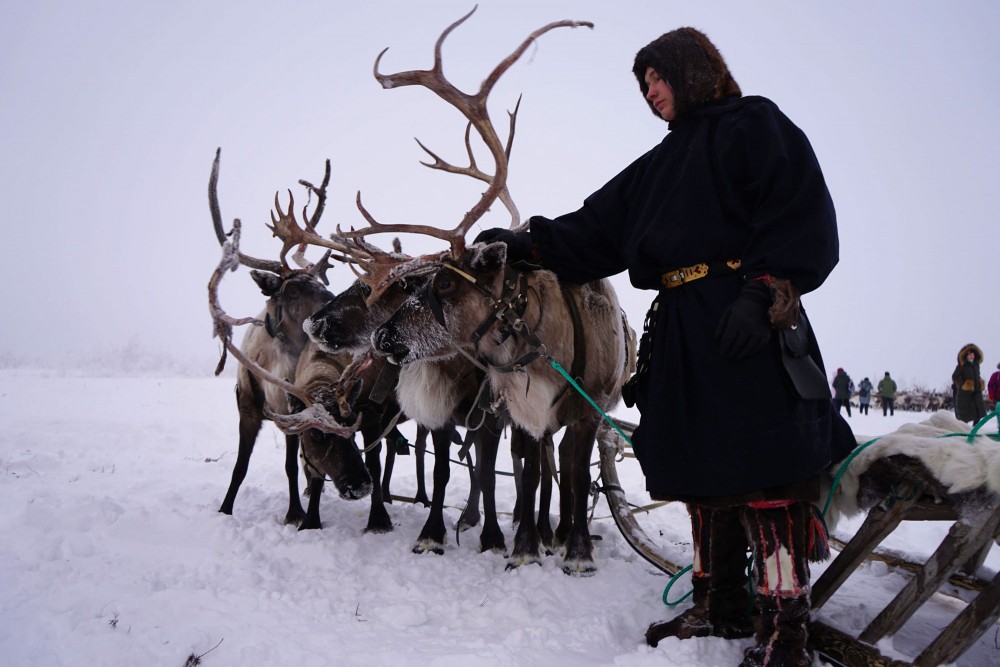 About 550,000 reindeer are to be made immune against anthrax.
Read in Russian | Читать по-русски
By

The world’s biggest reindeer population is up for big vaccination as regional authorities in the Yamal-Nenets Autonomous Okrug act to stave off outbreaks of anthrax.

In the course of the year, a many as 550,000 animals are to be vaccinated. Veterinaries started their work already in winter and by May, 40 percent of the reindeer population had got the injection. The remaining animals will undergo the program in the course of summer and fall, the regional government informs.

Currently, 19 vaccination teams are in action across the vast tundra lands of the region. More teams will be added during summer. They have at their disposal more than a million doses of vaccine.

The regional vaccination program started after 2016 when a serious outbreak of anthrax shook the far northern region.

A mass evacuation of reindeer herders, including children, quickly started from the exposed areas and the country’s Ministry of Defence launched a special emergency task force equipped with 30 tons of biologically active agents aimed at decontamination of infected areas.

The following summer, about 730,000 reindeer reportedly got the vaccine.

Yamal-Nenets AO has the world’s biggest population of reindeer. Over the last years, regional authorities have taken active measures to reduce the number of animals, believed to be higher than what is environmentally sustainable.

Anthrax infections are lethal unless they are treated with antibiotics. The 2016 outbreak is believed to be the first in the Yamal region in 75 years.

A young boy died and at least 115 people were hospitalized during the 2016 outbreak. The military personnel sent to the region burned more than 2,300 infected reindeer to halt the spread of the infection.