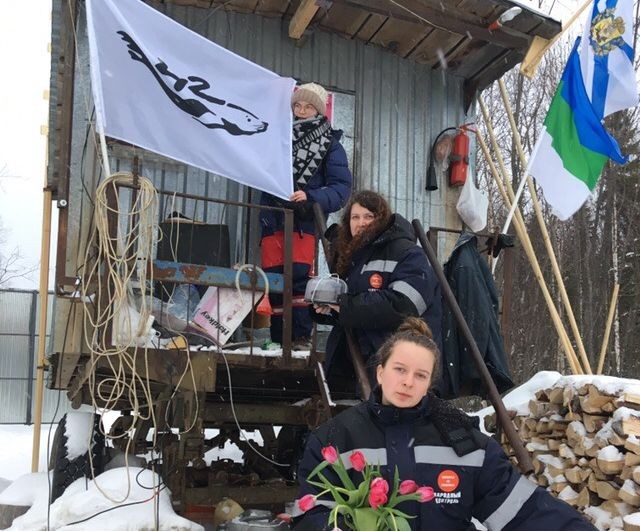 The Arkhangelsk-based Ecological Movement “42” is one of the first to be listed after Russia on December 1 drastically expanded the oppressive foreign agent legislation. The eco-group was started after Aetas environmental organization in 2017 was declared foreign agents and shut down.
Read in Russian | Читать по-русски
By

“The only agents we are, are agents of nature,” the group wrote at its site on VKontakte when it became known that the Ministry of Justice in Moscow declared them so-called foreign agents.

“Naturally, we do not agree with the inclusion of us in the register.”

The foreign agent law itself was adopted in 2012 and said that registered organizations could be listed if they conducted political activities and got funding from abroad.

Later, successive amendments in 2017 and 2019 expanded the law to include media, individuals and non-registered associations.

The latest expansion of the law, adopted in July and entering force on December 1, says individuals, organizations, legal entities, or groups without official registration, receiving foreign support, or are “under foreign influence” and conduct activities that authorities would deem to be political would be listed as foreign agents.

The definition of “foreign influence” and “political” could be endlessly broad.

In Arkhangelsk, the Ecological Movement “42” says they don’t know for what reasons it is included on the list.

42 points to the article in the Russian Constitution stating that everyone has the right to a favorable environment.

“We doubt that those people who included us in the register have the same love for our region, for our people, understand the connection of errors with the health and safety of people,” the group says.

The eco-group has over the last years worked actively worked to stop the plans to establish a huge dump field for household waste from Moscow in Shies, far north in the taiga forest in the borderland between Arkhangelsk Oblast and the Komi Republic.

Ecological Movement “42” was started by former members of Aetas, another youth eco-group that in 2017 had to shut down after being labeled as “foreign agents.”

The group is only for members under the age of 30. It is member of the Russian Social Ecological Union, the Climate Action Network and the Stop Shies Coalition.

Since 2012, 34 environmental organizations in Russia have been included in the foreign agent register.

The foreign agent law was also used to shut down the human rights group Memorial that last weekend was given the Nobel Peace Price for 2022 in Oslo.

Many independent journalists, activists and civil society figures have been added to the registry in recent years amid a sweeping crackdown on non-Kremlin-aligned voices.