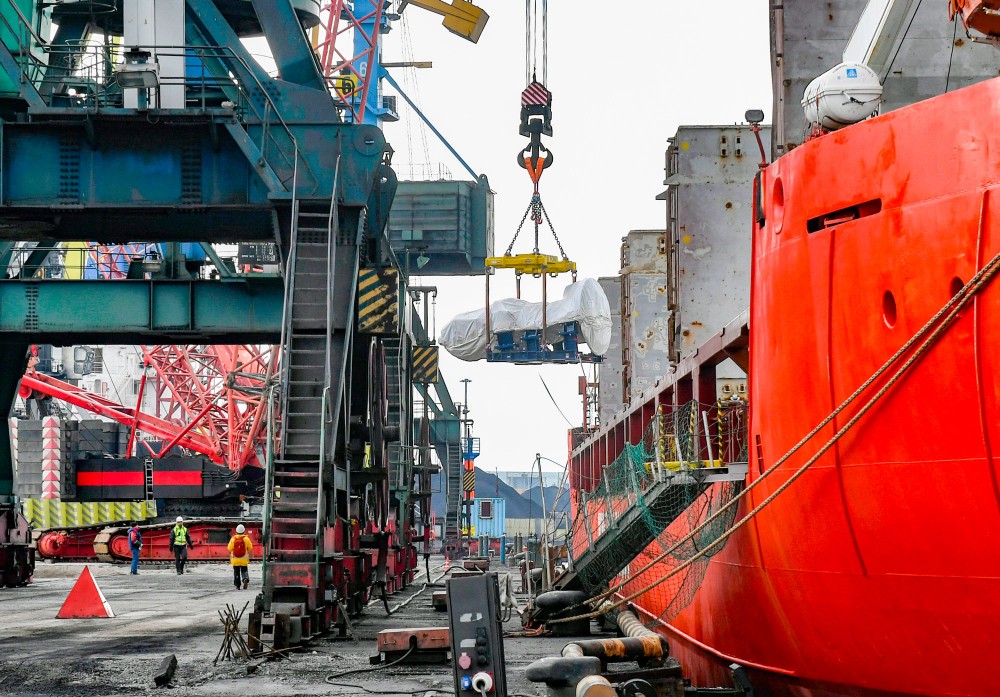 The first ship arrived this week and will soon be followed by three more, the Murmansk Trade Port informs.

On board the first ship was a total of 2,800 tons of cargo, most of it 72 ton heavy components. The shipment was sent from St.Petersburg and is now brought by trucks to the construction site located about 80 km northeast of Murmansk city.

Three more ships are on their way with more components, and the first is due to make port call in Murmansk in the nearest future. The ships are sailing from Taganrog, the port in the Above Sea, the Murmansk Port informs.

In total, 17 shipments of construction components will be sent to the region. They will carry all parts needed for the erection of 57 turbines.

A total of 57 turbines will be installed on the windy stretches north of Murmansk City. Electricity grids are already in place. Photo: Atle Staalesen

The development of the Kola Wind Farm has been under development since June 2017 when General Director of Enel Russia Carlo Palasciano Villamagna announced that his company had won a tender on the construction of two wind projects in Russia, one of them in Murmansk.

Since then, Enel and its subsidiary Enel Green Power has prepared the ground for developments. Construction works officially started in September 2019.

«We are breaking ground on a strategic wind project […],» said Simone Mori, Enel Group’s Head of Europe and Euro-Mediterranean Affairs, said in a ceremony held in connection with the construction start.

The Kolskaya Wind Farm will have a capacity 201 MW and will be able to produce up to 750 GWh per year. It is built on a 257 hectare area on the windy stretches north of Murmansk City.

In February 2021, the company brought a 122 ton heavy project transformation to site.

Production launch was originally set to 2021 and project costs are believed to amount to €273 million.

It will the biggest wind park in Russia and one of the biggest in the world north of the Arctic Circle.