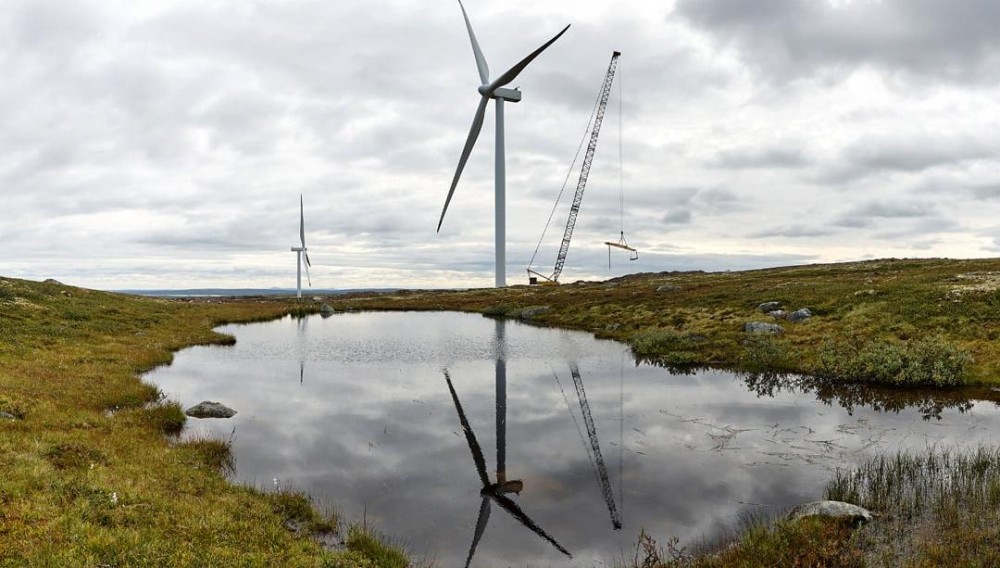 The Kola Wind Farm is located near the coast of the Barents Sea. Photo: Gov-murman.ru

Twenty of the projected 57 turbines are posing in the horizon of the far northern Kola Peninsula. The wind power park is due to start production in May 2022.
Read in Russian | Читать по-русски
By

The Kolskaya Wind Farm will be one of Russia’s biggest when it starts production in mid-2022. Construction has proceeded quickly through the year since a first ship loaded with turbines made port call in Murmansk in late April.

According to regional authorities, 20 of the projected 57 turbines are already standing on the windy stretches  northeast of Murmansk City. Blasting works were conducted through October in order to prepare for the building of the remaining installations.

Enel Russia intends to start production at its Kola Wind Farm in May 2022. Film clip by Enel.

The park is to produce up to 750 GWh per year. It will add surplus energy to the power-rich Russian region.

According to project developer Enel Russia, the park is to start production in May 2022. Development started in 2017 and construction was launched in September 2019.

Project developments have not gone without complications. In July 2020, Enel decided to terminate a contract with construction company Kantreva and instead hire a local company, says Head of Renewables Felice Montanari in the company annual report. The COVID-19 additionally troubled progress as company employees as well as subcontractor employees fell ill. It also became difficult to get foreign experts and project staff into Russia.

Production launch was originally set to 2021

The Kolskaya Wind Farm is the first project of its kind that is built in northern Russia. Regional authorities have branded it as a key strategic investment project.

“Green energy and the constriction of the biggest wind power project north of the Polar Circle is of big importance,” Murmansk Governor Andrei Chibis says in a statement. “It is not only because of the investments that are estimated to 23 billion rubles, but also because of the modern technology,” he underlines.

According to Chibis and his administration, the renewable power produced at the park can ultimately be used for the generation of green hydrogen and become the core in a new regional tech industry.

The Kolskaya Wind Farm will have a capacity 201 MW. It is built on a 257 hectare area near the Barents Sea coast.