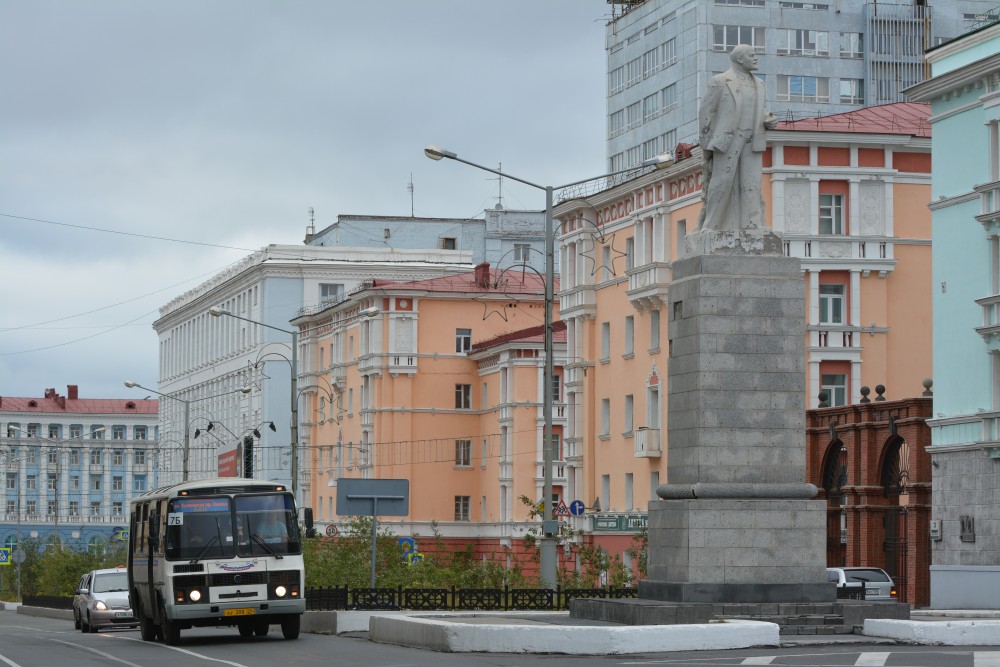 Old PAZ minibus still on the roads: People in Norilsk will have to wait for a ride on what was planned to be the Russia's northernmost battery-powered public transport. Photo: Thomas Nilsen

Two fast-chargers are already installed, but Russia’s GAZ Group can’t get hold of the foreign-made batteries for the first buses to be tested in the far north city of Norilsk.
Read in Russian | Читать по-русски
By

Lack of battery materials is not the first that comes to mind when you think about Norilsk. The city is the world’s largest producer of high-grade nickel and a major supplier of cobalt.

Norilsk is a monotown whose economy is dominated by one single industry, the giant Nornickel mining and metallurgical company. Over the last few years, businesses have been tremendously good for Nornickel, mainly due to a sharp increase in demand for electric vehicles worldwide.

Being a commodity superpower, however, doesn’t mean the country produces technologically advanced components. Like battery-packs to be used in electric vehicles.

Head of municipality in Norilsk, Dmitri Karasev, confirmed to news online Taymyr Telegraph that the agreement signed with bus manufacturer GAZ Group has been postponed indefinitely.

“Batteries of the buses turned out to be foreign-made and fell under sanctions.”

GAZ Group had confirmed that electric buses would work in Arctic conditions. Norilsk wanted two battery-powered buses at first for testing with the intention to purchase more.

“For now we are waiting for a decision from our partner, a Russian manufacturer,” Karasev said to the news online.

The buses were supposed to start operating in 2023.

GAZ Group presented its 85-passenger electric bus and charging stations in 2019. Last year, Moscow decided that all its city buses should be electric by 2030. The city’s transport company Mosgortrans has already deployed about 600 electric buses.

Russian cities, like Murmansk inside the Arctic Circle, have a long tradition of operating trolley-buses that draw power from dual overhead wires.

Western sanctions were imposed following the invasion of Ukraine

On December 15, the United States announced financial sanctions on Nornickel’s main shareholder, the super-wealthy oligarch Vladimir Potanin. Previously, the U.K. and Canada had listed Potainin on their sanctions lists for his links to the Russian government.

Potanin owns large stakes in both the Tinkoff Bank and Rosbank.