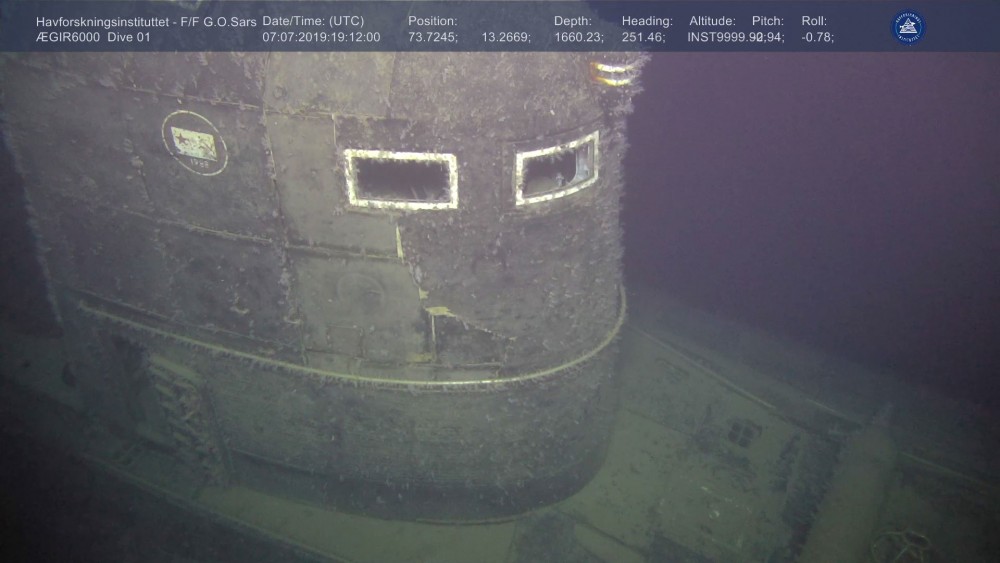 Onboard are radiation experts and scientists from Roshydromet, Russia’s leading state agency for measuring radiation in the environment.

“Professor Molchanov” sailed from Arkhangelsk earlier this week towards the Norwegian Sea where the Soviet navy submarine “Komsomolets” (K-278) sank some 250 kilometers south of the Bear Island on April 7, 1989.

Onboard the submarine, at a depth of 1,680 meters, is one nuclear reactor and two plutonium warheads.

In 2019, a joint Norwegian-Russian expedition discovered small leakages of Cesium-137 from some of the ventilation pipes. The leak confirmed what previous expeditions in 1998 and 2007 found, but the discoveries two years ago indicated increased levels. Six of the samples out of the pipe were up to 800 Bq/l of Cs-137.

However, none of the samples from further away from the wreaked hull indicated any levels higher than background.

The current expedition will take water samples from various horizons and bottom sediments to bring home for further analysis, the Roshydromet informs.

“Professor Molchanov” will be back in Arkhangelsk on June 5.

The Komsomolets is currently one of two reactor-powered submarines that accidentally sank in Arctic waters. The other, K-159, is an old November-class submarine laying on the seabed just east of the Kildin island in the Barents Sea north of Murmansk where it sank during a tow from Gremikha naval base to the Nerpa yard supposed to do the final decommissioning work.

The K-159 holds two nuclear reactors and is in a long-term perspective considered to pose a bigger threat to environment than the “Komsomolets” because it lays at a much shallower depth of 246 meters in one of the most important fishing areas of the Barents Sea.

Studies of the sub and nearby sediments, however, have so far not indicated any leakages of radioactivity from the submarine.

Further northeast in Russia’s Arctic waters, 16 maritime reactors are dumped on purpose, including the entire submarine K-27 and a reactor from the Soviet Union’s first civilian nuclear-powered icebreaker, the “Lenin”.