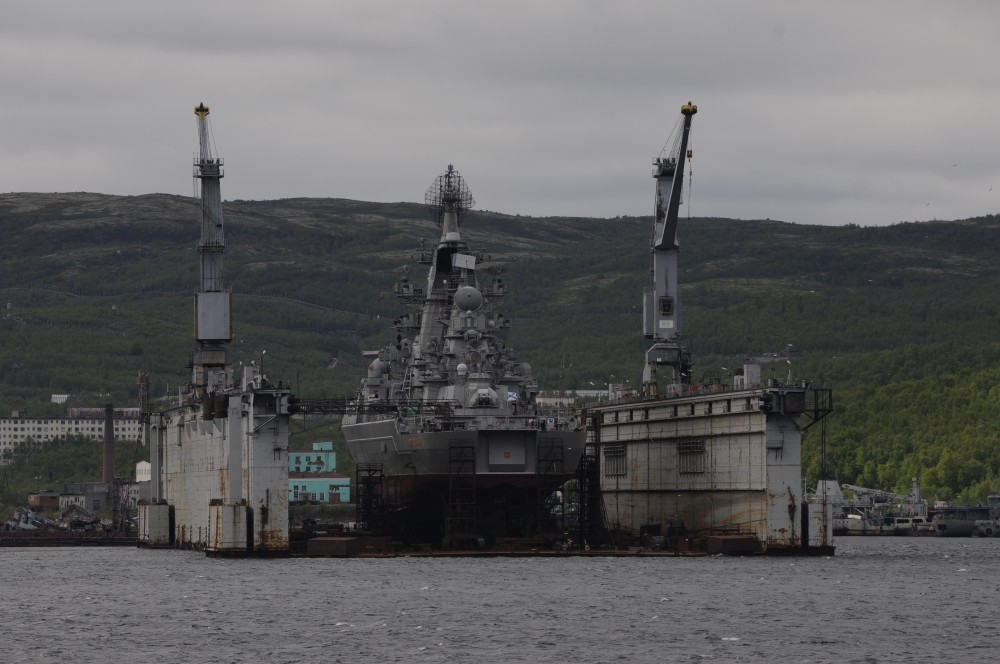 Modernization of “Pyotr Velikiy” could start in 2021, as soon as her sister vessel “Admiral Nakhimov” is ready to sail. “Admiral Nakhmov” is currently under modernization at the Sevmash yard in Severodvinsk.

“If there is good preparation, it will take 3,5 years,” says President of Russia’s United Shipbuilding Corporation Alexey Rakhmanov, the military TV Zvezda reports.

No contract between the United Shipbuilding Corporation and the Defense Ministry is yet signed.

“Pyotr Velikiy” has just finished the voyage from her homeport Severomorsk on the Kola Peninsula to St. Petersburg where the heavy missile cruiser will take part in the parade on the Naval Day later this week.

“Pyotr Velikiy” is the flagship of the Northern Fleet and is currently Russia’s only nuclear powered surface warship. The vessel was built in the period 1986 to 1996 and has since entering service been on several long voyages around the world, including to remote waters in the Russian Arctic.