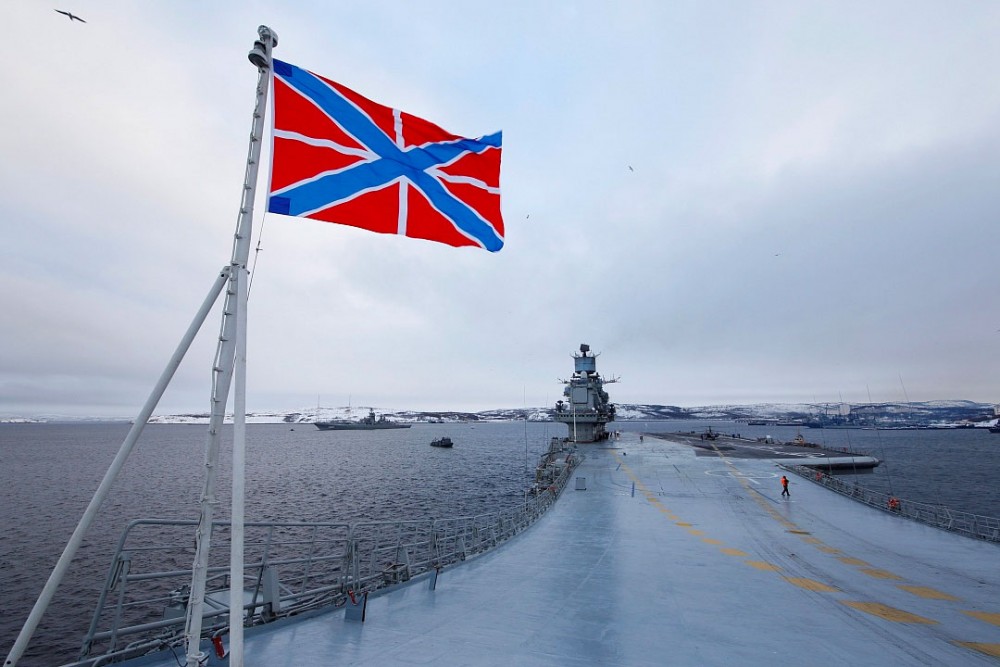 The Northern Fleet is the most powerful of Russia's Navy forces. Photo: gov-murman.ru

There are new dangers and threats arising, the security document warns.
Read in Russian | Читать по-русски
By

The policy document, which was signed by President Putin on 20th July, includes high ambitions for the country’s naval forces. «The Russian Federation will not allow significant superiority of other countries’ navies over its fleet and will be committed to strengthen its position as the second most combat capable in the world», the strategy reads.

The adoption of the policy document comes as military and navy investments over the last years have surged. And more is to come.

According to the strategy, not only will the Russian strategic submarine fleet be sustained and developed, there will also be developed new kinds of underwater defence systems, including new generation deep-water capacities and robotised submarine devices. A new aircraft carrier complex is under planning and from 2025 the naval forces will apply new hypersonic missiles.

The policy document, named the Principles of the Russian Federation’s State Policy in the field of Naval Activity, covers the period until year 2030.

The Northern Fleet, the most powerful of the country’s five fleets, will continue to play a crucial role. With their bases in the Kola Peninsula, Northern Fleet vessels have easy access to the World Ocean through Arctic waters.

According to the policy document, these nearby Arctic waters are increasingly challenged by foreign powers.

«National security is under threat by the aspiration of the USA and its allies to control the World Ocean, including the Arctic».

The region’s rich hydrocarbon resources are among the reasons for the pressure from outside, the document authors argue. In addition, there are foreign efforts made to weaken Russia’s control of the Northern Sea Route.

«There are economic, political, legal and military pressure against the Russian Federation with the aim to hamper its efficiency of marine activity in the World Ocean and weaken its control over the Northern Sea Route - the country’s historical national transport communication route».

A set of counter-measures are ready. The strategy proposes to step up efficiency with regard to protection of the state maritime borders, including in its underwater part and on the continental shelf. In the Arctic, the development of remote bases and infrastructure objects will be continued. These bases will have a dual application, the document reads. They will provide base support for civilian vessels, as well as for Navy vessels and the FSB’s coast guard vessels.

Over the past couple of years, the Russian Armed Forces have invested big money in the development of the new and upgraded bases. Infrastructure and base objects are now built along the whole Russian Arctic coast from Franz Josef Land in the west to the Wrangle Island in the east.

This new infrastructure is needed in order to protect economic activity and shipping along the Northern Sea Route, the country’s government has argued.

Russia’s new navy policy document clearly has a sting towards foreign powers, and especially the USA and Nato. However, in certain areas Russian naval forces should also cooperate with other countries. That especially regards the FSB and its Coast Guard Service.

According to the strategy, fields of practical cooperation between the FSB and foreign powers’ border authorities should be extended. That is good news for countries like neighbouring Norway, which over many years has engaged in close cross-border cooperation on the level of coast guards.

In May this year, vessels from the two countries took part in the Exercise Barents, which includes both joint search and rescue and oil spill training.

The new Russian document does not touch on the potential major effects of climate change to shipping and navy activities in the north.