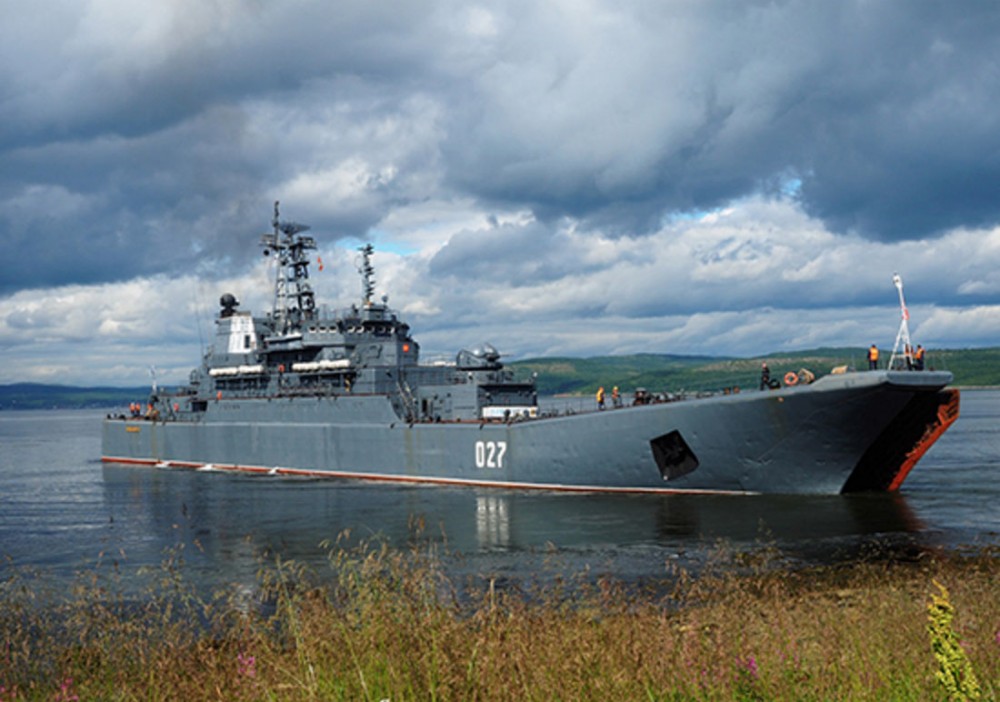 The "Kondopoga", here on a different assignment. Photo: mil.ru

The Northern Fleet does not hesitate to show off its growing Arctic capabilities.

The marathon voyage which set out from Severomorsk on August 10th this week got its continuation as soldiers and equipment was landed on Cape Chelyuskin, the remote tip of great peninsula Taymyr.

It is the northernmost point on the Eurasian mainland.

The operation was made from big landing vessel «Kondopoga», and two platoons from the Arctic Brigade was involved, the Northern Fleet informs. The soldiers were put on shore along with five MT-LBVs, the armoured amphibious auxiliary tracked vehicle.

Having embarked on the Taymyr coast, the Arctic soldiers were joined by storm troops of marines from the second vessel involved in the training, the «Severomorsk». Together, the soldiers conducted a drill which included the capture of an enemy foothold on the coast and made it five kilometers into the peninsula. The whole exercise was completed in the course of seven hours, the Northern Fleet informs.

The exercise is one of a number conducted by Northern Fleet soldiers over the last month. Since a flotilla of Navy vessels set out from Severomorsk on 10th August, drills have been held in the Yesnisey river, near Dudinka and Norilsk, as well as in Novaya Zemlya.

Cape Chelyuskin is located on 77°43’22’’N. It is the point where the Taymyr Peninsula stretches towards the archipelago of Severnaya Zemlya. it is where the Vilkitsky Strait separates the Kara Sea and the Laptev Sea.

It is named after Russian polar explorer Semyon Chelyuskin.

Since 1932 there has been a polar research station on site. It is currently year-round manned by up to ten researchers.