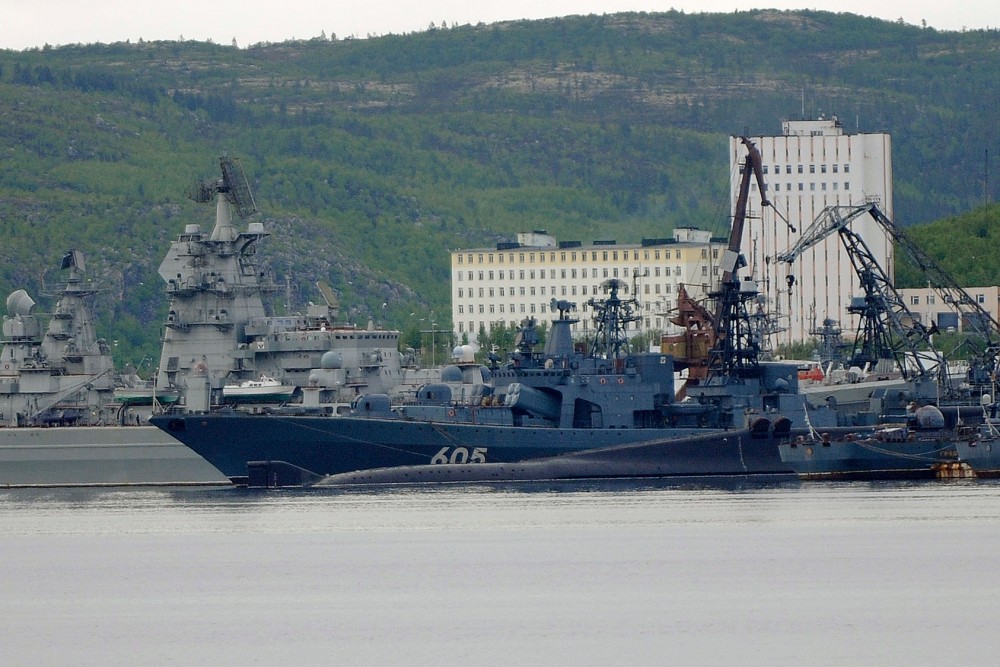 Severomorsk is the main base for the Russian Northern Fleet. Photo: Thomas Nilsen

Eight Northern Fleet vessels sail out from the Kola Peninsula heading northeast on a long-distance Arctic voyage.
Read in Russian | Читать по-русски
By

The flotilla sailed out from the Northern Fleet’s main base Severomorsk on Wednesday, the press service of the fleet informs.

«The main goal for the vessels in the Arctic expedition of the Northern Fleet is to ensure safety of maritime navigation and other types of Russia’s maritime economic activity in the Arctic zone,» the announcement reads.

How much sea ice the navy’s new icebreaker will have to crush through is unclear. Most of the ice seen along the Northern Sea Route earlier this summer were rather slushy and easy to sail through.

The National Snow & Ice Data Centre (NSIDC) with the University of Colorado last week reported on the end of July ice conditions in the Arctic and outlined what will meet the Russian navy flotilla. «[Sea ice] extent remained unusually low in the Atlantic sector of the Arctic, including the Barents Sea, Kara, Laptev….»

It is not said how far east along the northern coast of Siberia the Northern Fleet navy group will sail this summer. In the East Siberian Seas, according to NSIDC, ice edge remains near average.

Last year, the Northern Fleet sailed to the northern port of Dudinka in the Yenisei River were a landing exercise was conducted. Earlier years, the navy sailed all way east to the Arctic Island of Kotelny on the archipelago of the New Siberian Islands.

2018 is the seventh year in a row that the Northern Fleet sails warships along the Northern Sea Route. One of the tasks this year is to train search and rescue and ways to assist commercial ships in emergency situations that might happen in the high Arctic.

In support to the ships, two Ka-27 helicopters and one aviation group are deployed to the mission.