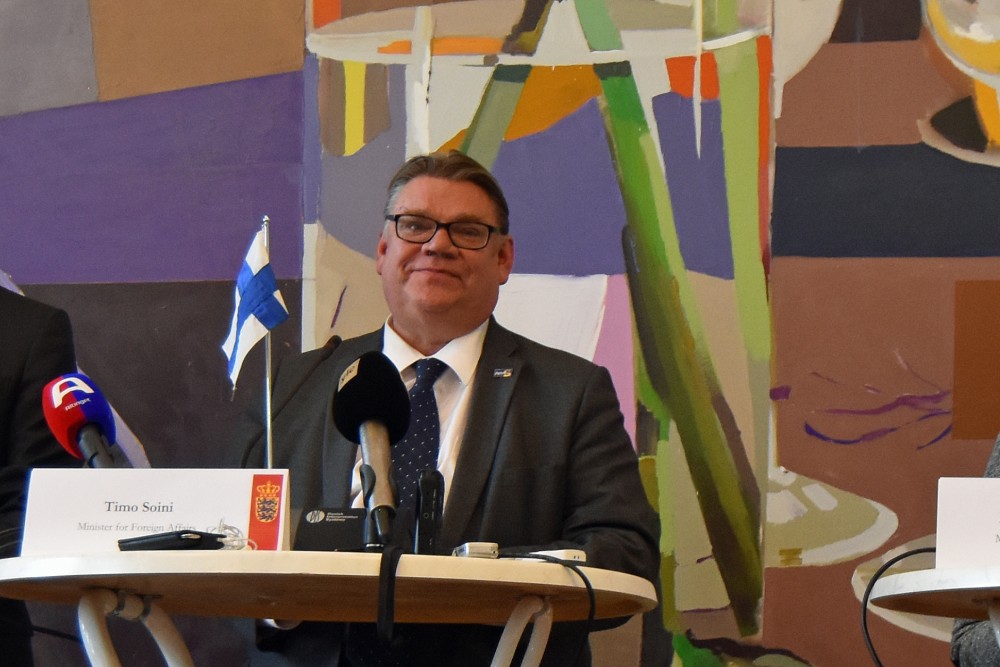 Russian Ambassador to Helsinki, Pavel Kuznetsov, will have to meet in the Foreign Ministry on Monday.
Read in Russian | Читать по-русски
By

Norway and Finland have both pointed to jamming from Russia’s military forces on the Kola Peninsula when civilian passenger planes recently lost satellite navigation.

While Norway had talks with the Russian Embassy in Oslo on Friday, expressing concerns about the jamming, Finland now announces a stronger diplomatic signal.

When a country’s foreign ministry publicly summons another country’s ambassador it is a strong diplomatic message to voice displeasure over a specific issue.

It was on November 2nd, the Barents Observer could report about disruption of GPS signals for a flight by regional airliner Widerøe. Both Norwegian and Finnish aviation authorities issued warnings to all pilots in Eastern Finnmark and Lapland.

A week later, a Ministry of Defense official in Norway confirmed that the GPS disturbances was caused by jamming from the Kola Peninsula both before and during NATO’s large-scale exercise Trident Juncture which took place in Norway, but also included flight operations from the airport in Rovaniemi, northern Finland.

Russian officials, like President Vladimir Putin’s press-spokesman Dmitry Peskov, deny the allegations. Peskov said there is a “tendency to blame Russia for all sins in general.” He continued: “As a rule, these allegations are unfounded.”

The Foreign Ministry in Norway has not replyed to question from the Barents Observer about whether Ambassador Ramishvili will be summoned in Oslo like Russia’s Ambassador to Finland, Pavel Kutznetsov, is in Helsinki.

Traditionally, Norway is softer in its diplomatic wordings with Moscow than Finland.

Spokesperson with the Foreign Ministry, Guri Solberg, says to VG that the disturbances of GPS signals was brought to table at a meeting with the Russian Embassy on Friday.

At the meeting the Foreign Ministry expressed concerns about safety for civilian air traffic.

“We underlined that Norway’s view on GPS-disturbances is in line with international norms. The International Civil Aviation Organization (ICAO) underscores that use of electronic warfare in exercises must be pre-announced. ICAO says it is important that military units show extreme caution and limit effects on civilian air traffic during such activities,” Solberg says to VG.