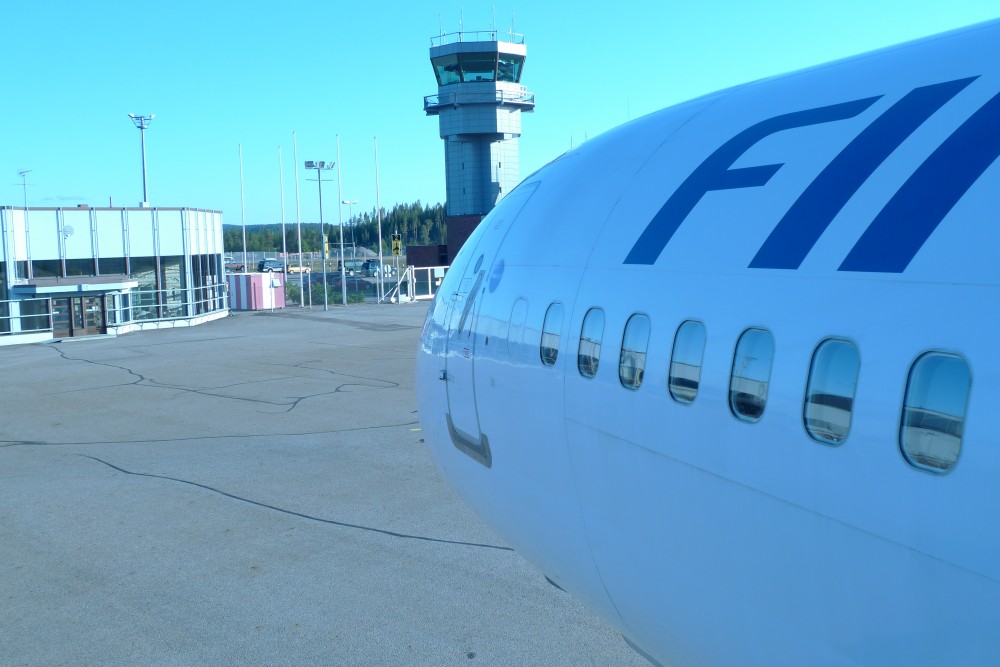 GPS signals used for aircraft navigation in northeastern Lapland could be unreliable, Finland’s Air Navigation Services warns a week after similar warnings were issued in northernmost part of Norway.
Read in Russian | Читать по-русски
By

Last week, the Barents Observer reported about passenger aircraft losing satellite navigation signals on flights over Finnmark. Norwegian aviation authority issued warnings for the airports of Kirkenes and Vadsø, and signals were reported to be unstable all way to Lyngen in Troms.

The warning for Finland this week was prompted by information obtained from sources such as Finland’s Defence Forces, broadcaster YLE reports.

«We have also received information from the Defence Forces. So we released the information as soon as we got it, Heikki Isomaa, Operation Director with Finland’s Aur Navigation Service says to YLE.

«We’ve been informed by different sources that GPS signals in northern or northeastern Finland could possibly be unreliable. We wanted to get this intelligence to airliens and other aviators for security reasons,» Isomaa says.

Ivalo airport in northeastern Lapland is only 160 kilometers from Kirkenes airport where Norwegian Aviation Authority still have a warning of unstable GPS signals. The warning is posted as Notice to Airman (NOTAM). 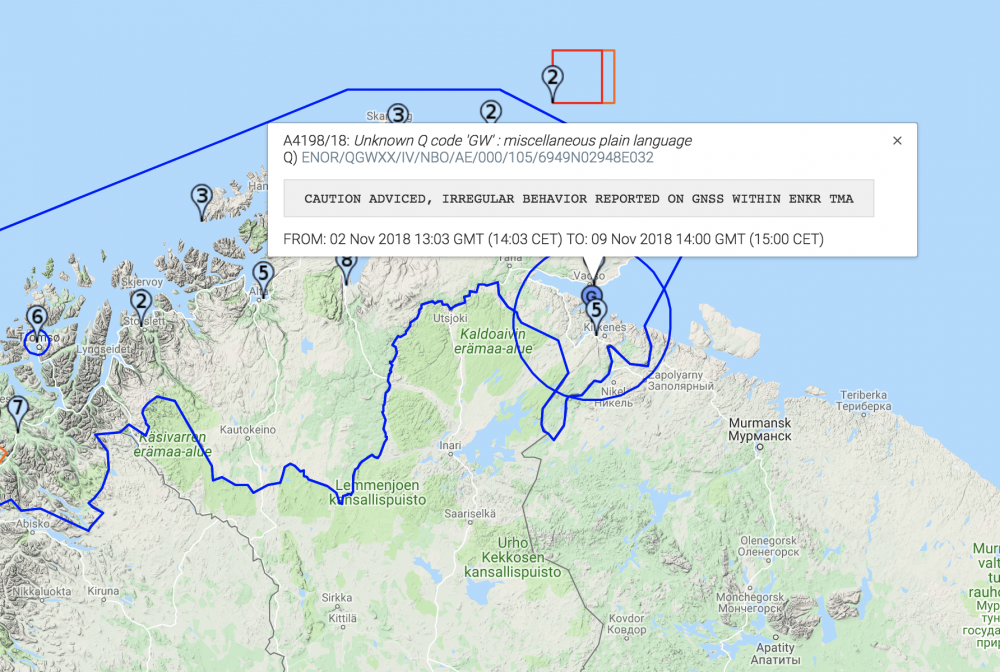 The GPS warning is valid for areas north of 67 degrees which is just north of Rovaniemi airport.

«For safety reasons, we issued it [the warning] for an expansive enough area so that pilots could be prepared not to rely solely on a GPS,» Heikki Isomaa explains.

Commenting on the satellite navigation trouble in Finnmark last week, Director of the Civil Aviation Authority of Norway, Wenche Olsen, said to the Barents Observer that «It is difficult to say what the reasons could be, but there are reasons to believe it could be related to military exercise activities outside Norway’s borders.»

Last September and October, the loss of GPS signals over Eastern Finnmark was tracked to jamming from Russia’s large-scale military exercise Zapad-2017.

For the last two weeks, NATO exercise Trident Juncture has been going on in southern Norway, but two airports in Northern Norway, Bodø and Andøya, as well as Finland’s Rovaniemi airport have served fighter jets and other military aircraft participating in Trident Juncture.

Following the last jamming, Norway’s Ministry of Foreign Affairs contacted Russian authorities with request to halt jamming in the borderland.

Today, Deputy Director of Communication with the Foreign Ministry in Oslo, Kristin Enstad, is circumspect when asked about Moscow’s response to Norway’s request.

In Finland, the latest GPS jamming will be debated in Parliament. Head of the Foreign Affairs Committee, ex-Prime Minister Matti Vanhanen on Friday called for an investigation into suspicions that Russia was behind the GPS jamming.

Vanhanen says to YLE that GPS jamming is comparable with air space violations.

«Finland has adopted a clear position on air space violations. They are publicised, investigated and we react immediately. In my view this is a similar matter from the perspective of aviation safety. It is very important to get to the bottom of these matters and react to them,» Vanhanen says.

Foreign Minister Timo Soini promises he will provide a report to Parliament about the alleged Russian jamming of GPS signals in northern Finland.

Four strategic-bomber missions in a week along coast of Norway