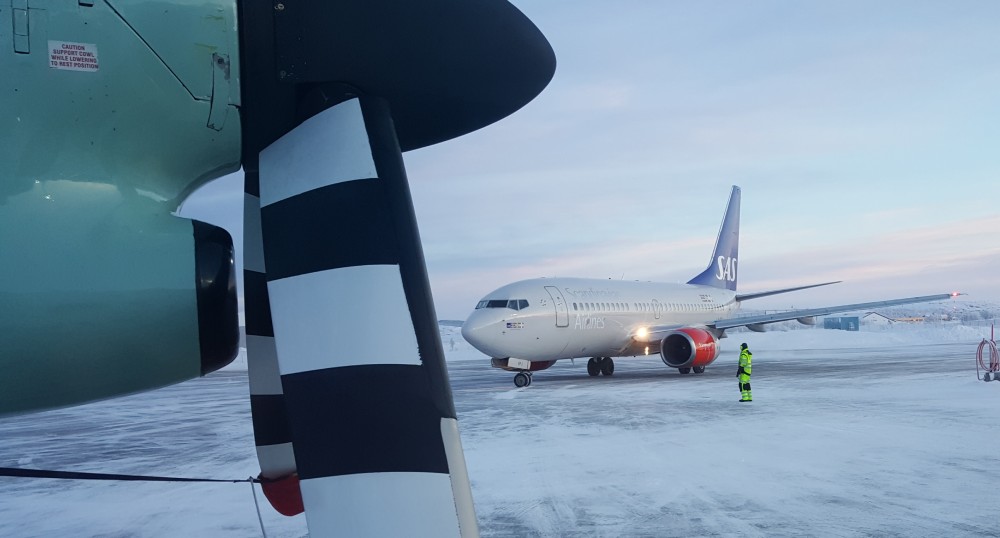 “Norwegian authorities have raised the questions through diplomatic and military channels,” says acting head of communication with the Foreign Ministry, Kristin Enstad, to the Barents Observer.

She confirms the issue was on the agenda when Foreign Minister Ine Eriksen Søreide met Sergey Lavrov last December. The two had bilateral talks in Milan, Italy, following the OSCE Ministerial Council.

While Moscow denied all accusations of being behind interference of GPS navigation over Finnmark and Troms last fall, no comments have been voiced this time about the recent January jamming. Russia’s Oslo Embassy has not replied to requests from the Barents Observer to comment on the case.

“What now happens is deeply worrying and could put public safety at risk,” she said after pilots flying regional routes from Tromsø to Kirkenes again reported about interruption of their on-board GPS navigation systems.

Hætta says «we depend on good GPS signals to quickly locate areas with people missing in extreme weather.»

Minister of Justice and Public Security, Tor Mikkel Wara, shares the Chief of Police’s concerns. Wara writes in an email to the Barents Observer that Russia’s jamming “leads to increased risks for accidents in the transport sector.”

The minister is also concerned about consequences for life and health and emergency response teams’ ability to act. “Interference of navigation instruments could cause a weakening of search- and rescue units.”

In Vardø, a tiny island on the Barents Sea coast, Ståle Sveinungsen and his fellow officers keep their eyes on maritime safety for all ships in Norwegian waters, from the North Sea in the south to beyond Svalbard in the Arctic.

On a day with clear skies, they can see over to Russia’s Fisherman Peninsula in the eastern horizon.

At Vardø Vessel Traffic Service (VTS), someone is always on duty monitoring the ships’ movements.

Sveinungsen says it is dangerous if the navigator on bridge does not understand that satellite navigation signals are gone. “The fact that ships may lose GSP signals would be unfortunate and there may be risks.”

Ståle Sveinungsen underlines that his VTS-centre doesn’t know of any such incidents within their area of monitoring. He also points to the up-coming European Galileo satellites that will add another option for navigators, also at sea.

In Oslo, the Government recently presented a strategy for satellite navigation. The White Paper points to several measures to be taken in the future that will contribute to strengthening public safety, such as monitoring and notification of disturbances.

Kristin Enstad tells her ministry has an ongoing contact with Russia about the issue. “Russia has so far not accepted responsibility for the incidents, but signals willingness to discuss the question on expert level.”

“This is being followed up by the Norwegian side,” Enstad assures.

“The Foreign Ministry considers the Russian disruption of signals on the Norwegian side of the border as very serious,” she underlines and adds such incidents cause “a risk to aviation safety in Norwegian airspace.”

Norway’s military intelligence confirms to TV2 that GPS signals were interrupted in the border areas to Russia on the 9th and 10th of January.

The Defense Ministry confirmed to the Barents Observer last fall that blinding of GPS signals over Troms and Finnmark during NATO’s large-scale exercise Trident Juncture came from Russia. “The jamming in the period between October 16th and November 7th came from Russian forces on Kola,” ministry special advisor Birgitte Frisch said.

In the border areas, Norway has little military aviation. Normally a military helicopter supports the intelligence service and the army border guards in the Kirkenes area. Less frequently, Orion maritime surveillance aircraft and NATO transportation planes can be spotted at the Kirkenes airport. Further west from the Russian border, F-16s and other military planes use Banak airport in Lakselv.

No NATO planes, however, are exercising near Russia’s border, a rule Norway has made not to provoke its eastern neighbor.

All five times GPS jamming have reached Norwegian airspace since autumn 2017 have happened during military exercises, either on the Kola Peninsula or in Norway.

Now in January, the jamming took place simultaneously as British Commando Helicopters were made ready at Bardufoss air station for exercise Clockwork. This is the first time Apache attack helicopters from Great Britain are training in Arctic climate in Troms, northern Norway. The military airport is about 450 kilometers west of the border to Russia with Finland in between.