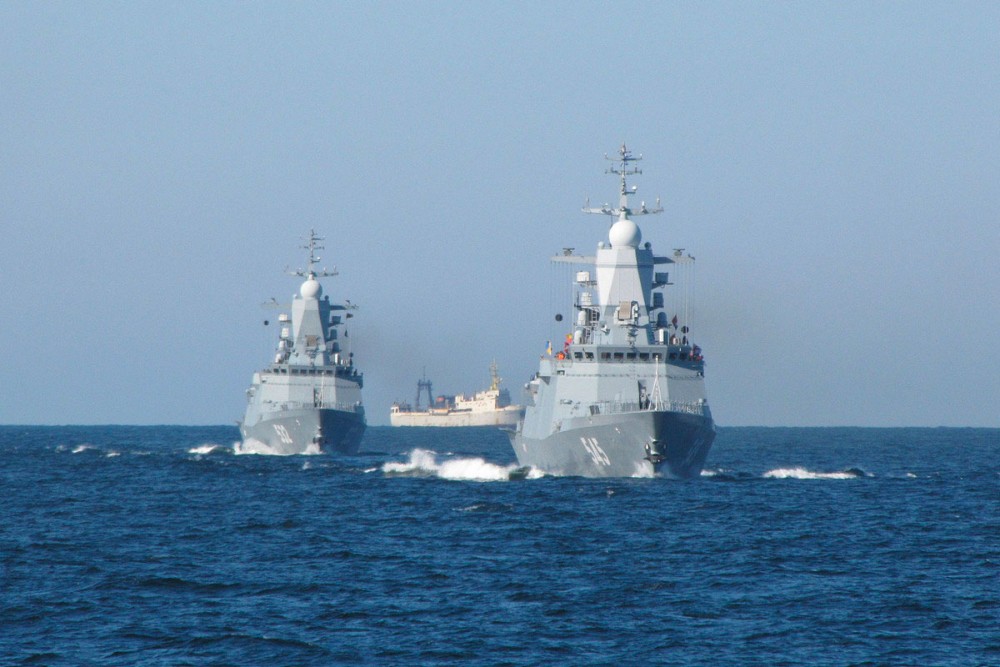 Corvettes "Stoiky" and "Boiky" om their way to the Norwegian Sea. Photo: mil.ru

The corvettes from Russia’s Baltic Fleet trained antisubmarine warfare as a major NATO flotilla was preparing to hold an exercise in the area.
Read in Russian | Читать по-русски
By

The «Boiky» and «Stoiky», two of Russia’s newest naval vessels, jointly engaged in search, hunt-down and destruction of enemy submarines in the Norwegian Sea, the Russian Navy informs.

As part of the training, the ships applied their anti-submarine armament and also tested air-defense systems. It was part of  a longer voyage, the main mission of which is to «demonstrate Russian naval presence in various parts of the Atlantic Ocean,» the military says.

In addition to the two warships, Russian submarine “Vladikavkaz”, a Kilo-class sub from the Northern Fleet, will this week sail in surface position through the Norwegian Sea en route to St. Petersburg from the Kola Peninsula.

The training of the two Russian warships came just shortly ahead of the Dynamic Mongoose, NATO’s annual anti-submarine exercise. Six frigates, ten aircraft and several submarines from Canada, United States, France, Germany, Poland, Spain, Turkey and United Kingdom, as well as host nation Norway, on Tuesday launched the exercise that will take place in the Norwegian Sea until July 14th.

The Dynamic Mongoose will be held in the Norwegian Sea west of Andøya, northern Norway.

It is not the first time that Russia sends naval ships to the Norwegian Sea in connection with allied Nato training. Also during last year’s Trident Juncture, two ships from the Russian Baltic Fleet engaged in anti-aircraft and anti-submarine defense training in waters close to the Nato exercise area.

The «Boiky» and «Stoiky» are both part of Russia’s new class of Steregushchiy-class corvettes. The were delivered to the Baltic Fleet in 2013 and 2014 respectively.

The Steregushchiy-class is categorized as corvettes by the Russian Navy, but is because of its size considered as frigates by NATO countries. A total of six vessels of the class have been built, another seven are under construction. They have a top speed of 27 knots, a crew of 99 and a 4,000 miles range. Their weaponry include A-190 and AK-630M artillery systems, as well as supersonic anti-ship cruise missile system Kh-35 Ural, Redut medium-range surface to air missile system and torpedos.