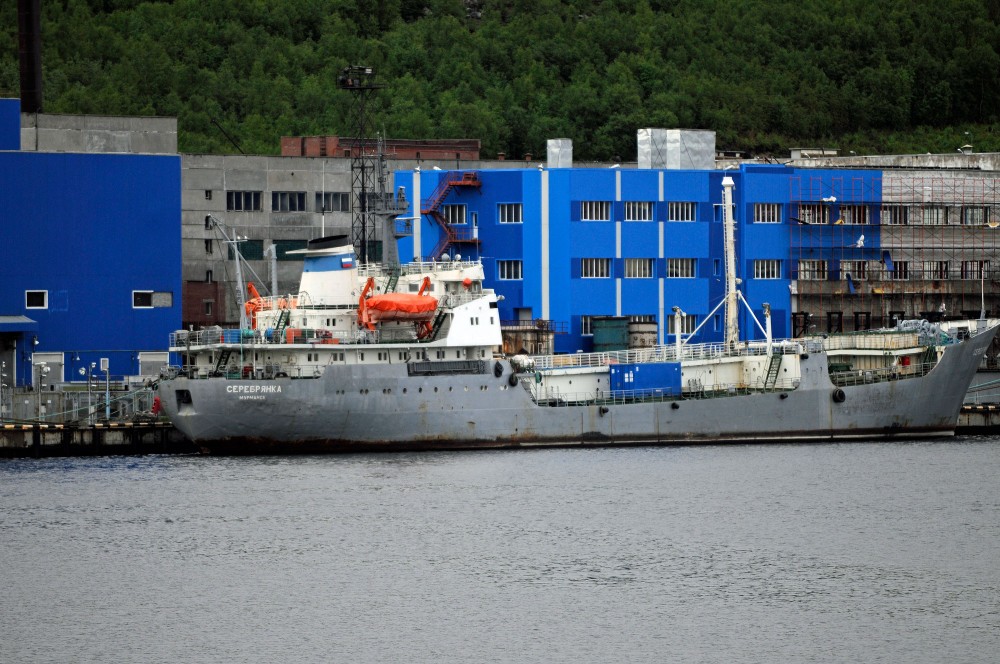 The two Scandinavian countries paid for installing communications and positioning systems on board the “Serebryanka" as well as physical protection to secure nuclear materials.
Read in Russian | Читать по-русски

Norway and Sweden wanted to help Russia to control and protect radioactive and nuclear waste materials originating from decommissioned Cold War submarines on the Kola Peninsula.

But instead of solely focusing on securing its Cold War heritage, the “Serebryanka” was soon given a top-secret mission in Russia’s testing and developing program for the unstoppable nuclear-powered missile, the Burevestnik, also known as Skyfall.

After the mysterious explosion outside Nenoksa test site and the following spike in radiation in nearby Severodvinsk, the Barents Observer could tell that “Serebryanka” was inside the closed off waters in the White Sea at the time.

The ship took part in what now seems to have been a recovery operation of a nuclear-powered missile that went terrible wrong in the waters outside Nenoksa test site on August 8th.

A comprehensive study of available information about the August 8th explosion published by Radio Svaboda says the explosion did not happen while testing the missile, but during the salvage of the reactor-powered missile from the seabed.

The explosion happened on a barge and impacted the reactor core that caused leakage of radionuclides to the air.

Radio Svaboda’s study says the actual missile test happened earlier and the work now was to lift the crashed missile out of the water and secure the nuclear reactor. If the missile’s sea-crash was on purpose, or if the crash happened due to the reactor failed to start after the initial rocket-booster take-off is unclear.

After the physical protection upgrades paid by Norway and Sweden, the “Serebryanka” was holding international standards to sail with fissile materials; that could be reactor cores or highly radioactive waste products.

Likely, the recovered reactor, when separated from the actual missile, was supposed to be transported safely to port by “Serebryanka” which has storage capacity for irridiated nuclear fuel.

Before moving the Burevestnik missile launchings to Nenoksa on the coast of the White Sea, such tests took place on Novaya Zemlya, as previously reported by the Barents Observer.

At least one such test resulted in a crash in the Barents Sea sometime in the period between November 2017 and February 2018, CNBC could tell last year based on a U.S. intelligence report.

Also during that recovery operation, the “Serebryanka” participated.

Tracking data from MarineTraffic can also tell that the ship was sailing outside Nenoksa on October 25, 2018, shortly after the Burevestnik testing facilities were moved from Novaya Zemlya. Radio Svaboda says a NOTAM (Notice to Airmen) was active for the area at the same time, a normal procedure when testing missiles. Five days later, on October 30th, the ship sailed to port at the Sevmash yard in Severodvinsk, some 25 kilometers east of Nenoksa test site.

A review made by the Barents Observer of the public available documents on financial aid from Norway and Sweden to equip modern communication and positioning systems on board “Serebryanka” shows that about 9 million kroner ($1 million) were spent on the project in 2013 and 2014.

The Swedish Radiation Safety Authority, in charge of the project, says in its annual overview of Non-Proliferation cooperation for 2013 that the “Serebryanka” was the largest project initiated in the Murmansk region.

Describing the project, the Radiation Satefy Authority writes: “This project is co-financed with Norway and the purpose is to equip the vessel “Serebryanka” with a physical protection system, as well as communications and positioning systems, in order to increase security when transporting nuclear materials and radioactive substances.”

The Norwegian share of the project was 3 million Norwegian kroner, paid as part of the Nuclear Action Plan financed by the Ministry of Foreign Affairs.

Norway’s Foreign Ministry has not replied to questions from the Barents Observer about the case, but has previously said it is for the Radiation and Nuclear Safety Authority to answer questions about the Nenoksa accident.

Scandinavian financial aid to install physical protection, navigation and communication systems on board was decided when Russia said it wanted to use the ship for transportation of spent nuclear fuel from the run-down naval storage facilities in Gremikha and Andreeva Bay on the coast of the Kola Peninsula.

Head of section for international nuclear safety with the Norwegian Radiation and Nuclear Safety Authority (DSA), Ingar Amundsen, told the Barents Observer in 2014 that “this initiative to improve the physical protection of “Serebryanka” will help reduce the risk of fissile and radioactive material falling into the wrong hands.”

However, when the Scandinavian upgrade project was completed in 2014, most of the spent nuclear fuel cargos were already brought in from Gremikha. The fist voyage with rusty containers holding 294 spent-nuclear fuel assemblies (corresponding to a bit more than one reactor core) originated from a submarines’ repair dock in Gremikha took place in 2009, the Barents Observer reported at the time.

“Serebryanka” sailed several voyages with spent nuclear fuel containers from Gremikha to Rosatom’s service base in Murmansk in the period from 2009 till 2013.

For transport of spent nuclear fuel from the much larger storage site in Andreeva Bay, closer to the Norwegian border, Rosatomflot is using the “Rossita” – a new Italian built vessel specially designed for the task.

It was President Vladimir Putin that during his speech of the nation in March 2018 revealed that Russia is developing a nuclear-powered, nuclear-armed cruise missile.

“We are taking about the newest systems of Russian strategic weapon, created by us as a response to the unilateral withdrawal of the USA from the Anti-ballistic Missile (ABM) Treaty,” Putin said in his speech.

“We for a long time tried to persuade the Americans to not terminate the Treaty, not to destroy the strategic balance [but] no, nobody really wanted to talk with us, nobody listened.”

“But listen now,” Putin underlined and started the presentation of five new deadly weapon systems (see video below for the Burevestnik testing).

We hope you enjoyed reading this article. Unlike many others, the Barents Observer has no paywall. We want to keep our journalism open to everyone, including to our Russian readers. The Independent Barents Observer is a journalist-owned newspaper. It takes a lot of hard work and money to produce. But, we strongly believe our bilingual reporting makes a difference in the north. We therefore got a small favor to ask; make a contribution to our work.