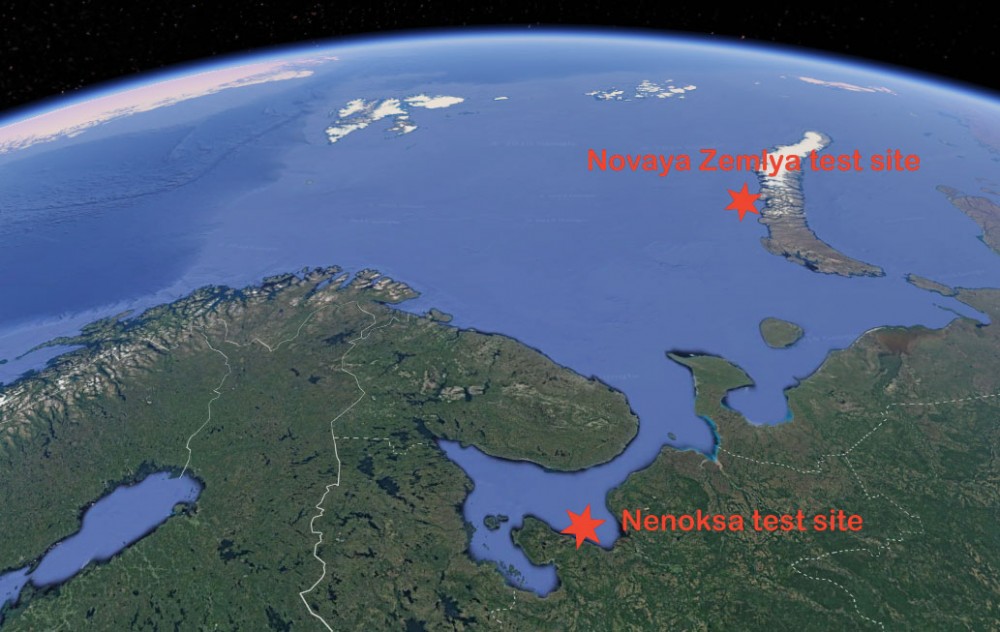 "Russia has invented new weapons of war that harken back to an age when a nuclear balance of terror reigned," a U.S. State Department official said to the United Nations' Disarmament and International Security Committee.
Read in Russian | Читать по-русски
By

Russian officials have given few and contradictory statements about what caused the explosion in the White Sea on August 8th that killed five Rosatom experts, two military servicemen and wounded several others.

From Moscow, the Defence Ministry confirmed an explosion the same day, but stated just that it was caused while testing a liquid propulsion system. The ministry also claimed “…. The radiation background is normal.

In nearby Severodvinsk, however, city officials could inform about radiation levels up to 16 times higher than normal.

Two days later, Rosatom confirmed that the “tragedy happened while working with the engineering and technical support of the isotope power source in a liquid propulsion system.

Speculations were then already in full swing on social media sites both in Russia and among international experts that the explosion was connected to the testing of Russia’s new Burevestnik cruise missile. The missile, first announced by President Vladimir Putin in 2018, is by NATO named SSC-X-9 Skyfall and contains a small nuclear reactor supposed to fly low, have unlimited range and be able to avoid any anti-ballistic missile shields.

Norwegian nuclear expert Nils Bøhmer told the Barents Observer that the composition of isotopes measured in Severodvinsk shortly after the explosion was a clear indication of released from a reactor.

Presenting his speech to the committee, Thomas G. DiNanno with the U.S. Department of State’s Bureau of Arms Control, Verification and Compliance was lashing out against both China and Russia saying “they are revisionist in their aims and bent on deploying new, destabilizing weapons.”

Pointing to Moscow, DiNanno said Russia’s efforts to modernize its nuclear forces have not involved just a replacement of aging systems, but “instead invented new weapons of war that harken back to an age when a nuclear balance of terror reigned.”

DiNanno then continued by highlighting the White Sea accident.

“… Russia also has much to answer for regarding the August 8th “Skyfall” incident. The United States has determined that the explosion near Nenoksa, Russia, was the result of a nuclear reaction that occurred during the recovery of a Russian nuclear-powered cruise missile.”

Thomas DiNanno said the missile ended up on the seabed of the White Sea after a test in early 2018.

It has previously been speculated that testing of the Burevestnik (Skyfall) missile happened at Novaya Zemlya in the period November 2017 to February 2018. Also after the Novaya Zemlya tests, the Barents Observer could report about crashing that ended up on the seabed, then close to the Barents Sea coast near the Matockhin Strait.

A few weeks ago, the regional news online Region29 published a video report showing the cleanup at one of the two barges that were involved in the explosion. Radioactive contaminated scrap where then offloaded.

A blue container, belived to hold either the reactor of parts of the reactor, was airlifted off the barge.

The State Department official pointed to the fact that the nuclear-powered cruise missile is “not to be subject to the New START Treaty”. The US–Russia agreement is set to limit the numbers of warheads and carriers of strategic nuclear weapons on submarines, long-range bombers or land-based silos and vehicles.

The treaty entered force in 2011 and expires in 2021, unless superseded by a subsequent agreement. President Donald Trump has hinted that he will not decide until next year whether to extend the treaty or not. 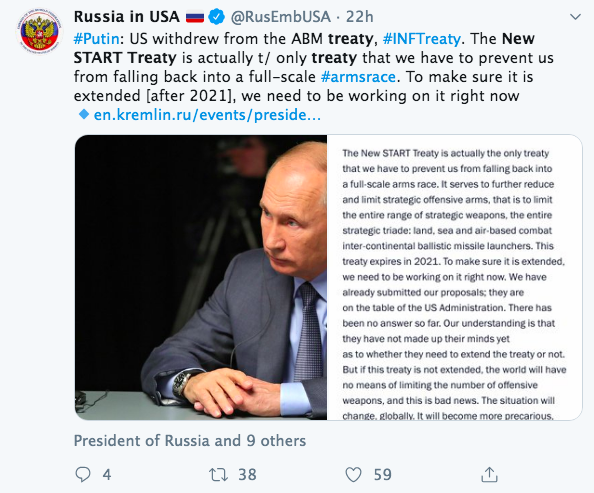 DiNanno also pointed to Russia’s new underwater nuclear-powered drone designed to destroy cities and ports in radioactive tidal waves. The drone, named Poseidon in Russia, is to be deployed in on board the re-built Oscar-II class special purpose submarines “Belgorod” and “Sarov”, both sailing out from Severodvinsk by the White Sea on test voyages nowadays.

“Russia is a serial violator of its arms control and European security commitments,” Thomas DiNanno said on behalf of the United States.