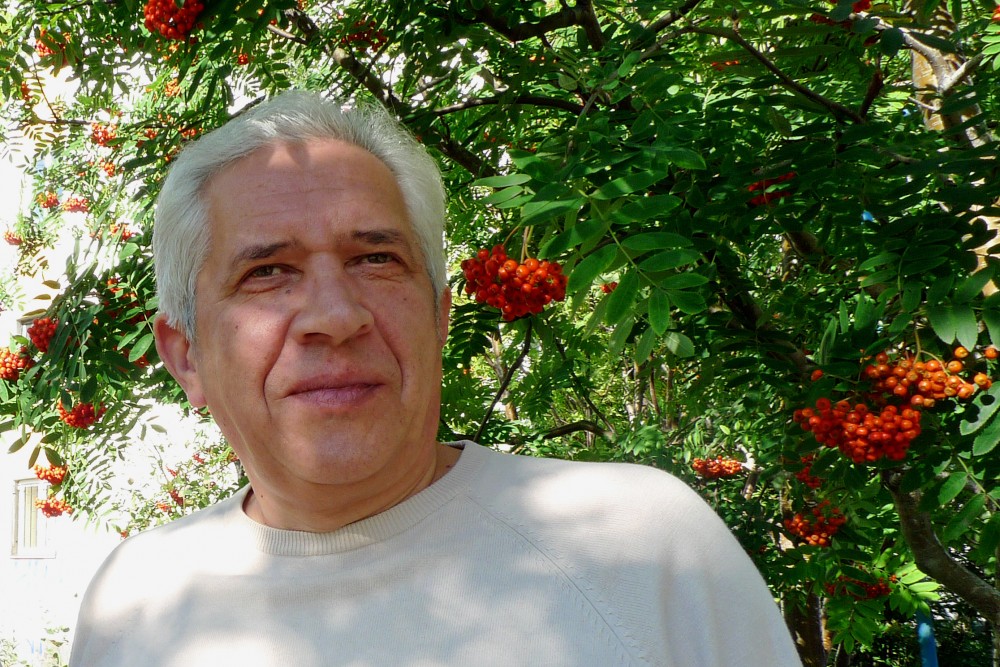 Nuclear safety expert Andrey Zolotkov with the Murmansk-based environmental group Bellona says there is always a risk of unforeseen circumstances as now seen with the missile blast and radiation spike in the White Sea.
Read in Russian | Читать по-русски
By

«One may wonder, how adequate are those people who make decisions about such dangerous experiments in this area,» Andrey Zolotkov asks as more and more information pieces are coming out fitting into the puzzle about what actually happened at Russia’s naval test site Nenoksa near Severodvinsk on August 8th.

«Maybe they were absolutely sure of the impossibility of an “unforeseen set of circumstances”, as happened this time,» Zolotkov continues.

«The very fact of such tests, which can lead to a radiation accident near a large settlement, is a cause for serious concerns,» he says.

Severodvinsk is the town with 190,000 inhabitants where radiation monitors alarmed increased levels for about an hour. Located some 25 kilometers from the Nenoksa, the city was in the wind direction the first hours after the blast believed to have happened on a barge in the waters somewhere outside the actual test site.

The Defense Ministry in Moscow was first to tell that «there were no harmful emissions into the atmosphere, the radiation background is normal.» Meanwhile, city authorities in Severodvinsk were told to unpublish the news about a spike in radiation levels, peaking at 2 µSv/h, which is nearly 20 times normal background.

Regional news portal 29.ru reports with reference to Roshydromet that radiation levels exceeded normal background in between 6 to 16 times on Thursday. Six out of eight monitors in Severodvinsk showed gamma radiation values higher than normal.

Local media reported that radiation rumors sparked heightened demand for iodine  from pharmacies in the city of Arkhangelsk, the regional centre with more 310,000 inhabitants some 40 kilometers east of Severodvinsk.

Two days after the accident, state nuclear corporation Rosatom said five of their staff specialists were killed in the blast and confirmed the liquid propulsion system that exploded contained a «isotope power source.» On Monday, Director of the Russian Federal Nuclear Centre VNIIEF in the closed nuclear research town of Sarov, Vyacheslav Solovyov, used the word «fissile» when talking about the accident in an interview with a local TV station.

«Fissile» indicates that the radiation source could have been a small-scale nuclear reactor known to be under development and testing for Russia’s nuclear-powered Burevestnik cruise missile (NATO name SSC-X-9 Skyfall) and the underwater nuclear-powered drone Poseidon.

The existence of the nuclear-powered cruise-missile Burevestnik was first announced by President Vladimir Putin at his annual speech to the Federation Council last year. In July 2018, the Defense Ministry in Moscow announced the preparation of flight tests and experimental sames of an improved design of the cruise missile.

The announcement was followed by a video of the testings.

The United States is learning much from the failed missile explosion in Russia. We have similar, though more advanced, technology. The Russian “Skyfall” explosion has people worried about the air around the facility, and far beyond. Not good!

Trump, though, are not perfectly correct when claiming «We have similar, though more advanced, technology.» As pointed out by nuclear arms researcher Hans Kristensen the «US does NOT have ‘similar’ technology; US has no nuclear-powered cruise missiles.» Kristensen is co-author of the Nuke Notebook, listing the inventories of the United States’ nuclear weapons program.

Declassified information, published in a 1995 Fact Book for the Department of Energy Nevada Operations Office lists the different nuclear-powered rocket and ramjet engine tests that took place at the test site from the late 50 to the late 60s.

Several small reactors where tested, some with liquid hydrogen as coolant/propellant. The first such reactor, tested in 1962, experienced a reactor core structure failure. Also a 1965 test failed and caused severe damage to the uranium core after all liquid hydrogen coolant was consumed due to a gauge that failed, the report reads.

«All nuclear rocket engines and systems tests were terminated in January 1973,» according to the report and unlike what Donald Trump tweeted this Monday.

The report also lists known radionuclides found in effluent clouds from the tests.

Andrey Zolotkov says secrecy is understandable. «There can be no openness when developing new weapons.»

Therefor, he underlines, «it is necessary to play it safe while conducting such tests, especially when it involves radiation and nuclear safety.»

The test site in the White Sea is not a location for safe testing, according to him.

«It is impossible to conduct dangerous experiments in the immediate vicinity of settlements,» Andrey Zolotkov makes clear. «There is always a risk of unforeseen circumstances, as happened this time.»

He calls on authorities to provide correct information when incidents and accidents happens, to avoid «spread of rumors or panic». Otherwise, people will not trust official statements.»

Zolotkov points to the fire onboard the nuclear-powered ballistic missile submarine «Yekateringburg» in a floating dock north of Murmansk in 2011 when authorities denied any danger, but it later became known that the the full load of nuclear-missiles actually were onboard at the time of the fire.

There have been many speculations in Russia and internationally about which missile was tested and what went wrong.

Andrey Zolotkov has a theory of what happened and why the radiation sensors in Severodvinsk were triggered and why there now is an absence of radioactive contamination.

«My version [is that] the nuclear device was started and was not destroyed [by the explosion and fire], there was a neutron flux that activated the components of the atmospheric air, this mixture also flew over Severodvinsk, triggering the sensors and left no traces,» he explains.

Russian authorities have closed off the waters outside Nenoksa for a one-month period for civilian shipping.

A nuclear fuel service vessel from Murmansk, the «Serebryanka», that was present in further out in the White Sea from the barge where the missile explosion took place, is believed to be there to pick up the missile from the sea after the launch. The ship stayed in position for a day after the explosion as previously reported by the Barents Observer.

Tracking data from MarineTraffic.com, though, now shows «Serebryanka» to be back at her homeport at Atomflot, the service base for civilian nuclear powered icebreakers in Murmansk.

During the voyage back-and-forth, «Serebryanka» never sailed into port in Severodvinsk or other ports en route.

For 17 years, the Barents Observer has provided serious, fact-based stories about life and developments in the North. Please help us to strengthen our independent journalism. Get engaged, give a small donation. Thank you.