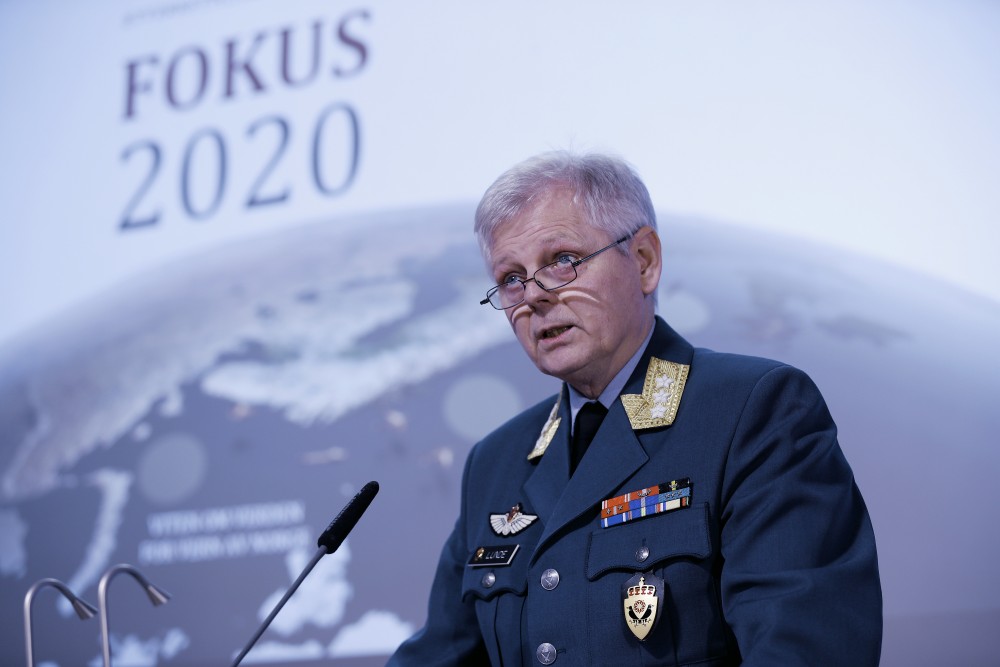 Kremlin seeks to exploit any issue that can create split, said Lt. Gen. Morten Haga Lunde when presenting the Intelligence Service’s 2020 review of security threats to Norway.
Read in Russian | Читать по-русски
By

For the 10th year in a row Norway’s Intelligence Service (NIS) on Monday presented its annual unclassified report Focus, assessing threats and risks against the country’s national security in a number of sectors, civilian and military.

Russian influence operations are more sophisticated than seen before and now better designed to target the audience in different countries.

For Norway, the challenge is Russia’s attempts to fuel disagreements people in the north have with decisions taken in Oslo. On matters important for Kremlin.

The Russian Embassy in Oslo denies the accusations.

The Barents Observer has previously reported about how the former county governor of Finnmark, Norway’s northernmost region, voiced a need to abolish sanctions against Russia.

New digital platforms provide for new ways to spread false information and favor specific views. False profiles and automated accounts in social media continue to be part of the Russian influence threat, the Focus 2020 report from the Intelligence Service states.

The content of what’s being distributed, though, is changing, the NIS report continues.

Previously the campaigns consisted of false news, while in more recent years a number of non-editorial news-sites are spreading content from established media platforms.

The news presented are often about polarized topics or are aimed at highlighting a specific message.

Influence operations could be aimed at weakening people’s trust in authorities, election processes, politicians or in media, the Focus 2020 report states.

Public debates can, as a result of influence operations, take a specific direction. Or it could be aimed at discredit people with other views than Kremlin favors.

The use of non-state actors that are not officially affiliated with Kremlin against the population in other nations makes it easier to hide the real connections with Russian officials.

“In Norway, Russia tries to fuel the disagreements between the northern and southern part of the country, and between Oslo and the periphery, in the view on Russia and Russian behavior,” Haga Lunde said when he presented the report for the Oslo Military Society.

“Kremlin seeks to exploit any issue that can create split,” the Lieutenant General continued.

The report mentions new media platforms created in Russia to counterbalance Norwegian media coverage on environmental challenges in the Arctic.

“These platforms are supported by Russian officials and are mainly critical to how Norway acts as an environmental stakeholder in the Arctic.”

Both Norwegian whale hunting and the plans to store mining-tailings in Repparfjord are mentioned by the Intelligence Service as two cases where the new media platforms accuse Norway of having double standards in regard to environment.

The Barents Observer has previously reported about the ecological monitoring and consulting group POMOR, who’s leader said it was important for the group to counter Norwegian media’s negative reporting on environmental problems in Russia.

Last year, the Moscow-based portal Barents News was created aimed to “fully and balanced cover the events of the Barents Region.” …. and …”to correct the situation of information instability and inequality.”

Commenting on Russia’s influence operations, Norway’s minister of Defense, Frank-Bakke Jensen says to the Barents Observer that Finnmark region is of great interest.

“We shouldn’t be naive; we know that Russia is willing to use a wide range of methods to achieve strategic goals through different influence attempts,” the minister says.

“This is something we have seen both in Norway and in other countries.”

Bakke-Jensen points to the presidential campaign in the U.S. in 2015 and to Montenegro and North-Makedonia’s road towards NATO membership. He says disinformation campaigns have targeted the Russian speaking population in the Baltic states and in Ukraine.

“A common thread is measures aimed at fueling existing polarizations and splits, with the aim of weakening Western democracies and values,” Frank Bakke-Jensen adds.

For Norway, the relations with Russia in the north need to be balanced.

He underlines the importance of the people-to-people cooperation and emphasizes that Norway strives a great deal of openness and predictability with Russia in the north aimed at reducing the risk of misunderstandings and thus unnecessary escalation of the already tense security situation.

The defense minister adds that the best defense against influence operations from Russia is to build resilience by focus on our democratic values.

“We need to ensure a comprehensive understanding of potential vulnerabilities in the society across different sectors.”