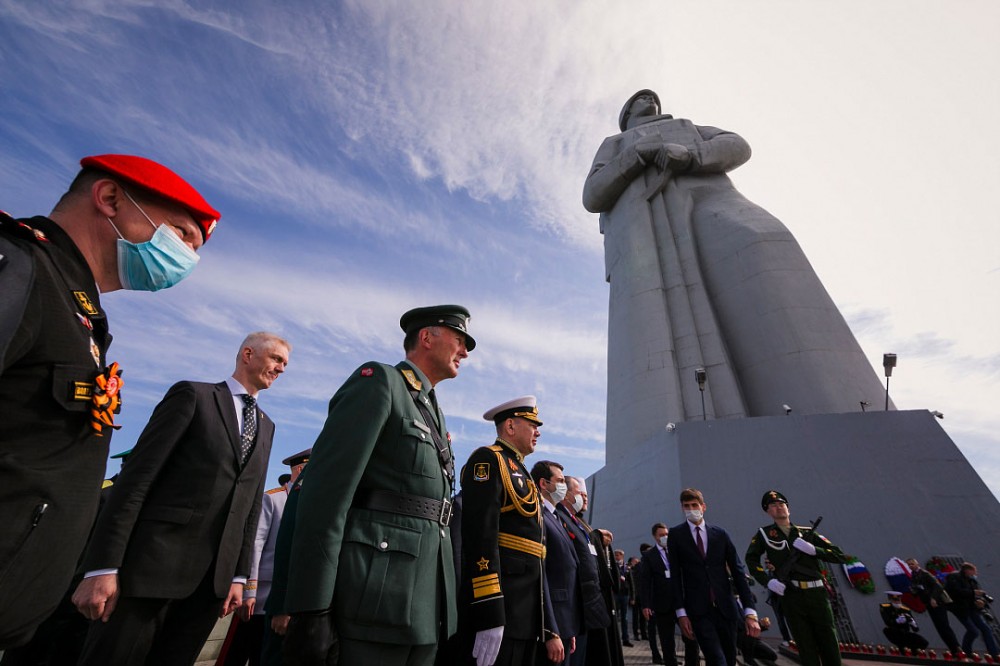 Jakobsen arrived in Murmansk on the 23rd of June and the following day took part in the major war victory celebrations in town.

Included in the visit is also a delegation of Norwegian military specialists, the Northern Fleet informs.

The Norwegian military leader was invited by Aleksandr Moiseev, Head Commander of the powerful Northern Fleet. The visit follows Moiseev’s visit to Kirkenes, Norway, in October 2019.

Jakobsen was met by Moiseev at the two countries’ border crossing point of Borisoglebsk and the military leaders subsequently traveled to the war memorial site of Dolina Slavy. They also laid down flowers at a memorial site devoted to Norwegian and Soviet partisans in Lavna.

Both men underlined “the importance of preserving the memory of people and events in our common heroic history that united citizens of many countries in the fight against a joint evil - Hitler’s fascism,” the  Russian military informs.

On the 24th June, Jakobsen and Moiseev jointly attend the military parade in downtown Murmansk, an event that reportedly includes 830 military servicemen, 17 aircrafts and 71 military vehicles and pieces of armament. Similar parades are held in a number of cities across Russia. During his visit, Jakobsen will also take part in a cultural program in Murmansk, including a visit to the Northern Fleet Museum.

In a comment from the Norwegian Joint Operative Headquarters, Press Spokesman Brynjar Stordal says the visit is part of a cultural and historical event devoted to the victory over Nazi Germany, and there are consequently no plans for official talks between the sides. In the Norwegian delegation is the country’s military attache in Moscow, as well as a translator and international relations staff at the Joint Operative Headquarters, Stordal says to the Barents Observer.

The Norwegian military representatives were originally to be in Murmansk on 9th May, but the 2WW celebrations were postponed until 24th June because of the coronavirus.

Norway and Russia are neighbors in the north and share a cruel war history. After more than three years of fierce battles, Soviet forces in October 1944 pushed back Nazi German troops across the Finnish region of Petsamo and into Norway. On October 25th 1944, the Norwegian border town of Kirkenes was liberated.

During a major commemoration event in Kirkenes in October 2019, King Harald of Norway, Prime Minister Erna Solberg and Foreign Minister Ine Eriksen Søreide all assembled in the small town along with Russia’s Foreign Minister Sergey Lavrov.

«Norway will never forget the war efforts of the Soviet army, we know the kind of victims and losses it took,» King Harald said in his speech at a ceremony on the central town square. «The many solders that fought on the Soviet side are also our heroes», he underlined.

He also highlighted the importance of cooperation.

«We have always put our common interests in the center. In this way we have built a cooperation that is to the benefit of both countries despite the fact that we sometimes have chosen different paths,» the King said.

Present in the event was also Aleksandr Moiseev and a number of Russian military representatives.