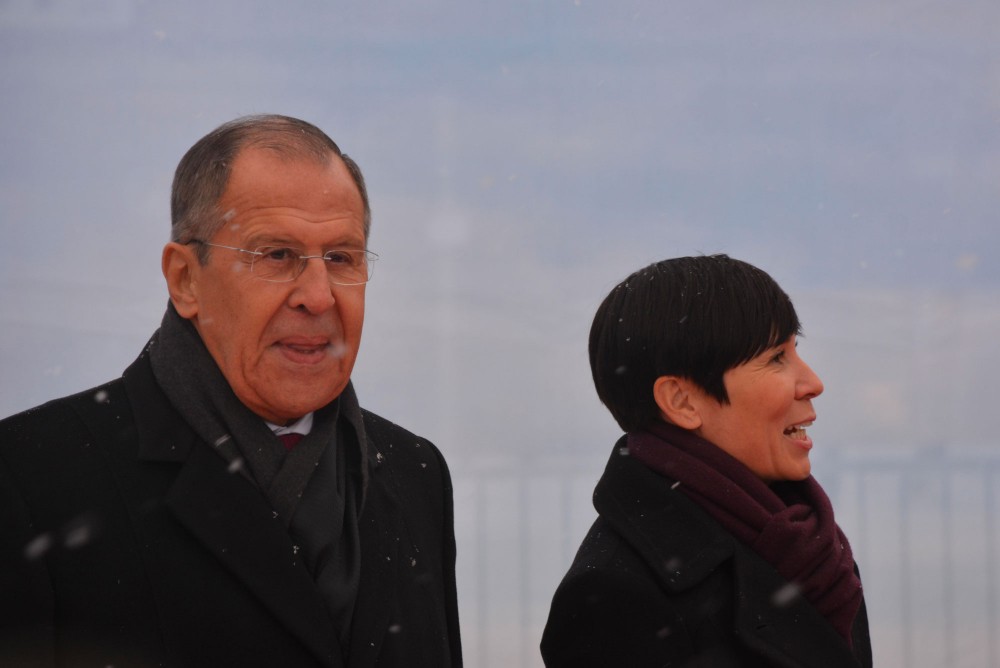 The Russian Foreign Ministry accuses the government in Oslo of manipulating public opinion over bilateral relations.
Read in Russian | Читать по-русски
By

Ministry spokeswoman Maria Zakharova in her weekly press conference on Thursday launched a verbal attack on authorities in the neighboring Nordic country. According to Zakharova, Oslo is following an anti-Russian line and all attempts by Moscow to engage in peaceful dialogue are categorically rebuffed.

Responding to a question about the presence of US submarines in northern Norway, the press spokeswoman said that the country is becoming “NATO’s foothold in the Arctic” and that it is part of the Alliance’s building of military infrastructure along the borders to Russia.

However, according to Zakharova, it is not the Norwegian people that is anti-Russian, but rather the country’s government. The people of Norway is being misled to believe that Russia is an enemy, she argues.

“I have the feeling that the people of Norway, the inhabitants, has no clue about what Russia is offering for the simple reason that all Russian initiatives,  […] are not conveyed to wide audiences in Norway,” Zakharova said, and made clear that the Norwegian press carries part of the blame.

It is all part of a deliberate strategy, she argues.

“I believe it is happening for a reason, […] It seems to me that all possible measures are taken so that the matters are incorrectly understood or accompanied by strange arguments with the purpose of giving people distorted ideas about the initiatives [of Russia].”

“When we say Norway, we should correct ourselves and rather say the government of this country, not its population,” Zakharova underlined. “What Norwegians read in their newspapers is, I believe, far from the truth,” she added.

Zakharova is known for her confrontational stance on key international issues and has also previously attacked Oslo for its policy line in the North, including on Svalbard.

Over several years, Moscow has repeatedly attacked Oslo for its NATO membership and policies on Russia. Attacks have intensified following Russia’s annexation of the Crimea in 2014 and subsequent western sanctions.

At the same time, Russian dipomats have stressed that bilateral cross-border relations in the North are good and that people in northern Norway have a more “friendly” attitude.

Up north, there is more understanding for Russia and Russian policy, Russian Ambassador to Norway Teimuraz Ramishvili underlined during one of his visits to the north. «Leaders from both sides, both Norway and Russia, should really take the trip up here, where there is much to learn,» the ambassador told local media in 2018.

Behind the statements from the Russian Foreign Ministry lies a clear threat.

According to Maria Zakharova, Norway can no long continue its “two-track approach”, where it on the one hand seeks cooperation with Russia in certain fields, and on the other has a “destructive course” on the containment of Russia.

The ministry spokesperson underlines that Russia “will have to take into account Norway’s actions when planning measures on the strengthening of national security.”