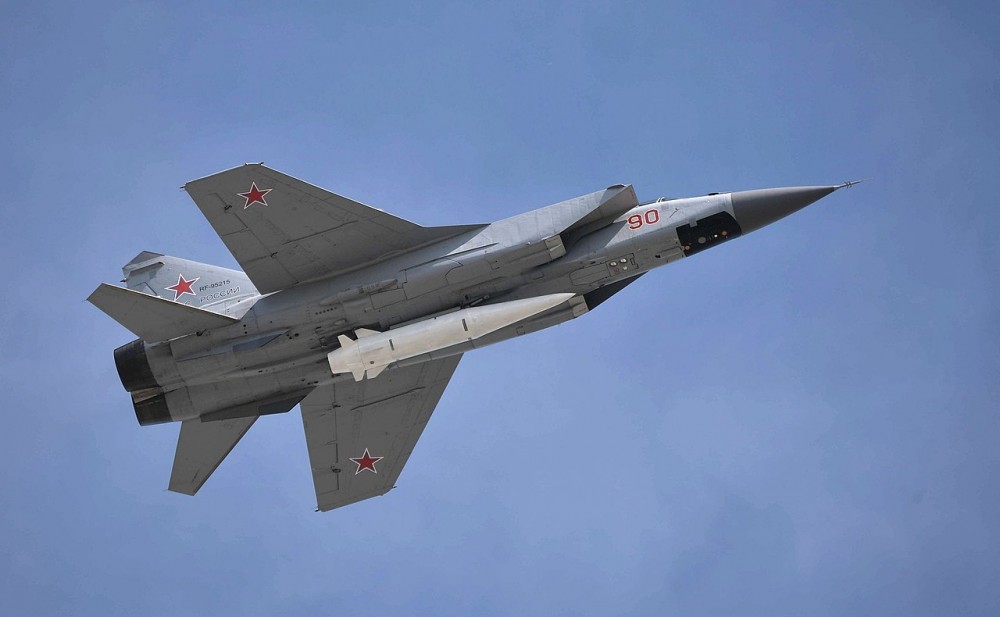 Training of personnel and building of infrastructure for the new weapon starts in 2021, Russian military representatives say.
Read in Russian | Читать по-русски
By

A principle decision to deploy the Kinzhal in the Northern Fleet has been taken and preparations are now underway, defense ministry representatives told newspaper Izvestia.

The sources do not reveal when the new regional infrastructure is planned to be operational.

The likely coming to the north of the new missile has been known since Chief of the General Staff of the Armed Forces Valery Gerasimov in December 2019 met with 150 military attaches from foreign diplomatic missions.

Gerasimov then told his foreign guests that “a network of airports is under development, that will provide an expanded geography for the use of this [missile] complex,” thus hinting that it could be used in the new airfields currently built in the Arctic.

Russia is expanding existing and building new runways at at least five locations in its far North, including Rogachevo in Novaya Zemlya, Nagurskoye in Franz Josef Land, Sredniy in Severnaya Zemlya and Kotelny in the New Siberian Islands.

MiG-31 fighter jets are used as carriers of the Kinzhal, and the aircrafts currently based near Monchegorsk, Kola Peninsula, could be applied, Izvestia reports.

There are reportedly also plans for the establishment of a new air base in the area.

The Kinzhal was first shown to the public by President Vladimir Putin in his speech to the nation in March 2018.

The new missile system is similar to an air-carried version of the Iskander land-based short-range ballistic missile. However, the deployment of such a missile on an aircraft gives it a more dangerous strategic position.

Test shooting of the Kinzhal took place over the Barents Sea in November 2019. Then the speed of the missile reportedly reached 10 Mach, ten times the speed of sound. The missile can carry both conventional and nuclear warheads. It is believed to have a range of up to 2,000 km and will pose a totally new military challenge for neighboring countries in the Arctic.