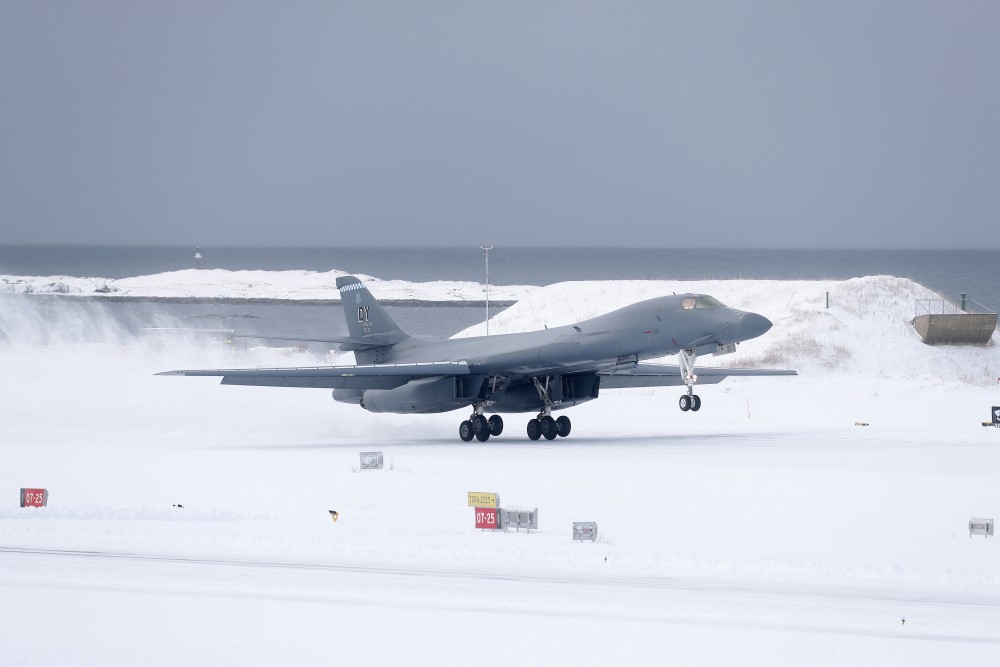 The short first-of-its-kind landing and refueling at Bodø Air Base was part of the training mission for the supersonic American bombers temporarily deployed to Norway.
Read in Russian | Читать по-русски
By

Bodø Air Base just north of the Arctic Circle is home to Norway’s fleet of F-16 fighter jets, including NATO’s northernmost aircraft prepared for alert-scramble to meet Russian military planes flying out from the Kola Peninsula.

The B-1 that landed in Bodø on March 8 is one of four bombers currently deployed to Ørland Air Station in southern Norway. The bombers are for the most training together with the Norwegian Air Force, but joint flights have also taken place with Swedish fighter jets.

It was last autumn, the Ministry of Defense in Oslo got a call from the US Air Force to send B-1B Lancer bombers for a first-time temporary deployment to Ørland Air Station for the period of February and March 2021.

“The Government has thoroughly considered the request and concluded that it will provide an opportunity for important cooperation and training and therefore welcomes it,” Defense Minister Frank Bakke-Jensen, said when the issue was debated in the Parliament in January.

Russian strategic bombers have since 2007 regularly been flying missions in international airspace outside northern Norway.

“We must expect some Russian reactions to the deployment,” Frank Bakke-Jensen said.

“The B-1B are heavy capable bombers and Russia will claim the deployment increases tensions,” he added

However, allied aircraft operating from airports in Norway do normally not conduct training activities east of the 24th meridian, a self-imposed restriction Norwegian authorities have set not to provoke Russia in the north.

Russia’s dissatisfaction with the arrival of the American bombers to Norway became clear, as the Northern Fleet in late February announced missile shootings in an area between mainland Norway and the Arctic island of Bjørnøya (Bear Island).

The missile cruiser “Marshal Ustinov“ sailed to the area, but no missiles were launched.

“Given the timing and location of the Russian missile test, and the anticipated arrival of the US B1 bombers, the missile exercise may well be intended to serve a signaling purpose,” said Senior Research Fellow at the Norwegian Defence Research Establishment (FFI), Kristian Åtland to the Barents Observer.

He said this could be Moscow’s way to communicate dissatisfaction with the temporary presence of US bombers on Norwegian soil.

In the same mission, “Marshal Ustinov” sailed into the Varanger fjord and stayed outside Norwegian territorial waters near Grense Jakobselv, in a maneuver not seen before.

The U.S. Air Force said in a statement the four B-1B bombers deployed to Ørland Air Base will conduct training missions across Europe.