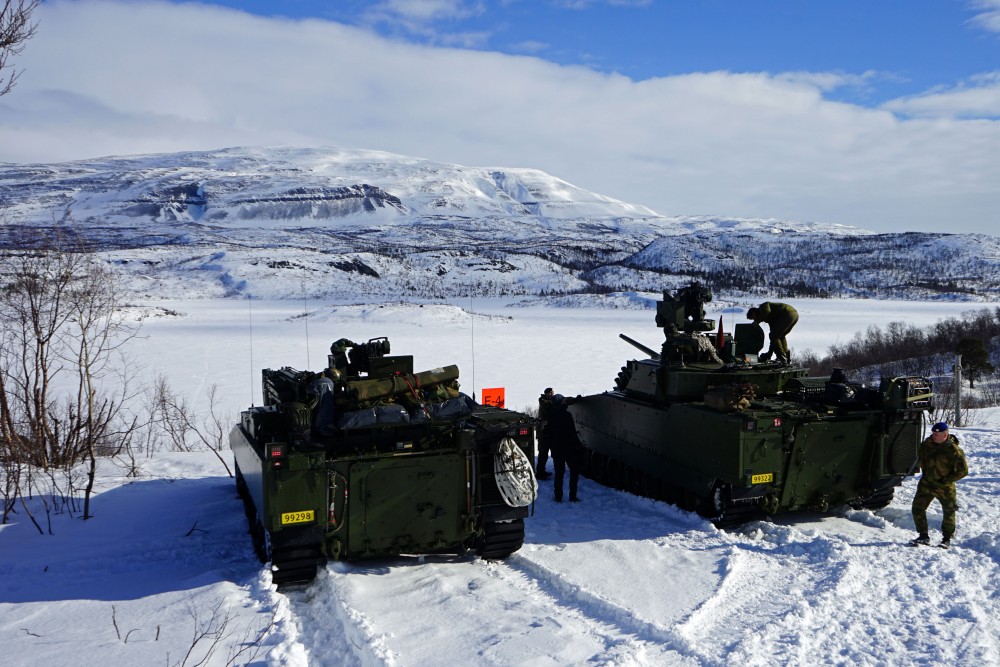 The security policy situation has changed, the Government says and adds another 3,5 billion kroner (€362 million) to the budget for strengthening defense and civil preparedness.
Read in Russian | Читать по-русски
By

Russia’s war on Ukraine “represents a turning point for Norwegian and European security,” Prime Minister Jonas Gahr Støre said at a press conference in Oslo on Friday as his Government allocated a further boost on military spendings.

“It is absolutely essential for us to strengthen our defense capabilities,” he noted.

3 billion kroner (€310 million) will be earmarked for rapid strengthening of the Armed Forces and military preparedness. The extra money will in particular be directed to increase the military presence in the north, including both to the Army and more sailings with naval and Coast Guard vessels.

Norway is one of five NATO-member states that shares a land border with Russia, in addition to the maritime border in the Barents Sea and Arctic Ocean. Forces from the Northern Fleet normally based on the Kola Peninsula are currently fighting in Ukraine, reportedly with big losses both in number of killed soldiers and military hardware.

“The people of Norway need to know that we have robust defense and effective emergency preparedness,” Finance Minister Trygve Slagsvold Vedum said at the same press conference.

With more funding comes more frequent training and exercises in the north, and an extra focus on beefing up Norway’s capacity to receive Allied reinforcements.

This weekend, the large-scale defensive NATO exercise Cold Response came to an end. Since early March, some 35,000 troops from 28 countries have trained on reinforcing northern Norway, at sea, on land, and in air.

Porsangermoen, the northernmost military camp in Western Europe, will get more artillery and an infrastructure upgrade, Defense Minister Odd Enoksen could tell.

From before, both Porsangermoen and the Garrison of Sør-Varanger (GSV) are on the priority list for receiving more soldiers and heavier guns. At GSV, the Javelin missile that has proved vital to Ukraine’s fight against Russia is now being introduced. So are anti-tank mines, aimed to stop a possible invasion by armored vehicles from Russia’s Pechenga valley towards the Kirkenes area.

Norway now has about 800 soldiers guarding the border with Russia.

Additional to a boost in defense spendings, the Government suggested 512 million kroner (€53 million) to strengthen efforts to counter foreign intelligence activities, sabotage and influence operations from foreign countries, also with special attention to what happens in the north.

Early warning systems to alert the public via mobile phones and more equipment and personnel for the Civil Defense are also on the list of enhanced preparedness to be funded with the extraordinary proposal following Russia’s brutal warfare in Ukraine.