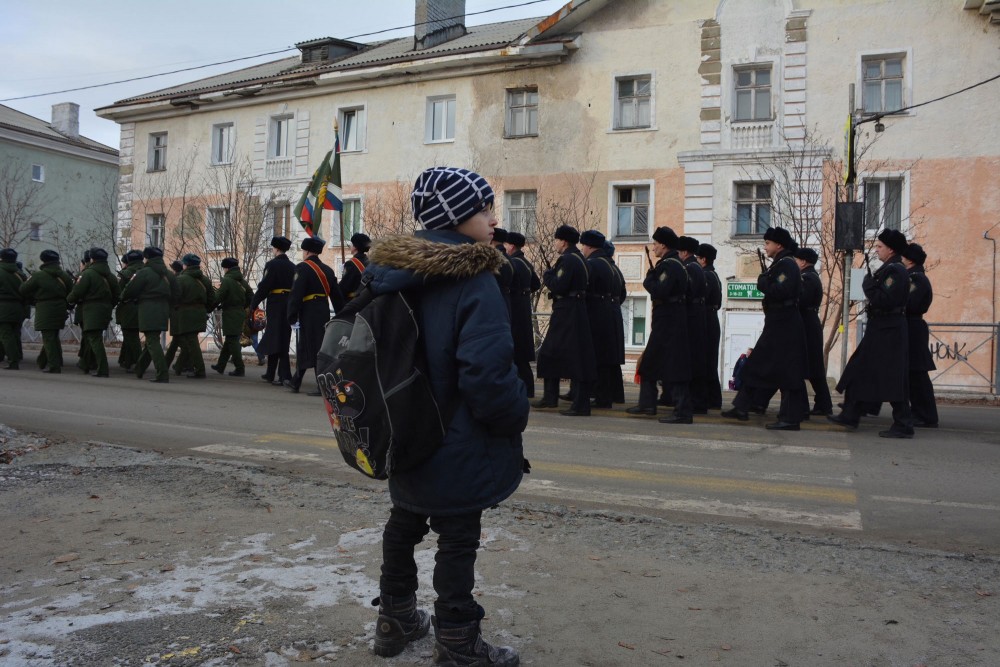 Government officials from Murmansk have hastened to heavily affected brigades in the Pechenga area and made pledges about investments and local development projects.
Read in Russian | Читать по-русски
By

The Russian brigades located near the border to Norway and Finland have experienced big losses of warriors on the battlefields in Ukraine. Already the first days of the onslaught, a major number of men are believed to have lost their lives in fights outside Kharkiv.

Regional Governor Andrei Chibis in mid-March made a visit to the 61st Naval Infantry Brigade and the 200th Motorized Rifle Brigade, the units that are believed to have suffered the biggest losses.

Since then, many more lives have been lost. In June, the Ukrainian Intelligence Agency reported that large parts of a Northern Fleet sabotage-reconnaissance group had been eliminated. The men are believed to have been part of the Northern Fleet’s 140th special purpose detachment in Vidyaevo, the naval base outside Murmansk.

Judging from regional information, there are at least 1,274 soldiers from the Kola Peninsula that either are dead, injured or still fighting in Ukraine.

In late July, Governor Chibis was back in the area, this time together with Northern Fleet Head Commander Aleksandr Moiseev. He again visited both the 200rd Motorised Rifle Brigade and the 61st Naval Infantry Brigade in Sputnik.

During the latter visit he met members of a new unit of so-called voluntary fighters, and promised that the region would provide material and technical support for the warriors.

He also paid a visit to a number of local schools and healthcare centres, including in the settlements of Sputnik, Luostary, Zapolyarny, Nikel and Pechenga. According to governor, the military towns are now experiencing a significant upgrade of its social infrastructure.

This week, the same towns were visited by Sergei Dubovoy, Speaker of the regional Duma. Also Dubovoy brought with him promises of local development.

Among the sites visited was Sputnik, the village that houses the 61st Naval Infantry Brigade.

Sputnik already has a new kindergarten and will soon also have a refurbished art school and children’s library.

“Here is an excellent team of teachers,” Dubovoy underlines in a comment. “They have a very creative approach to education and teaching of kids,” he adds.

According to the Duma speaker, Sputnik is likely to also get a new sport field.

Dubovoy has also made several recent visits to military towns like Vidyaevo, Ura Guba and Zaozersk.

Among his traveling companions has been Lyubov Cherepanova, member of the regional Duma from the Pechenga area.

“We have paid special attention to the military municipalities,” she said in a comment. “They have special needs so that our servicemen and their families can live under decent conditions,” she explained.