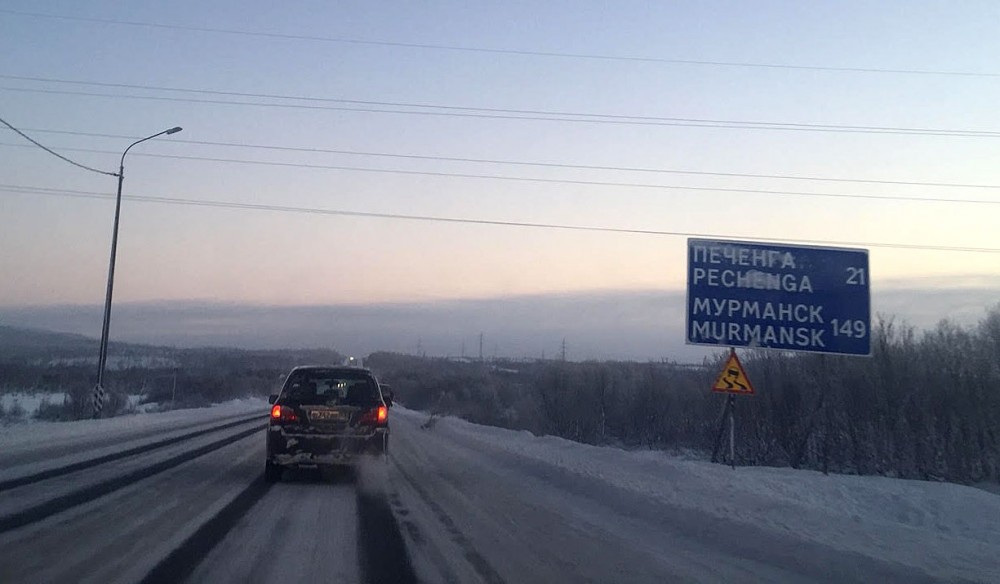 Governor Andrei Chibis on Friday traveled to the bases of the 200th Motorized Rifle Brigade and the 61st Navel Infantry Brigade located in the Pechenga area near Norway and Finland.
Read in Russian | Читать по-русски
By

It has been known for some time that soldiers from the two brigades are part of the Russian forces waging war in Ukraine.

Three landing ships from the Northern Fleet around Christmas sailed out from the Kola Peninsula and made port call in Kaliningrad before they proceeded towards the Mediterranean and subsequently to the Black Sea. On board are troops from Sputnik, the base for the Northern Fleet’s Infantry Brigade, an elite force of marines.

At the same time, troops and hardware from the 200th Motorized Rifle Brigade were seen transported by railway towards the Ukrainian border.

Few days after the start of the invasion, reports started to tick in about major losses for the Rifle Brigade. Video footage showed ruined armored vehicles and tanks.

According to some reports, major parts of the troops where completely annihilated by Ukrainian forces.

Among the Russian forces was reportedly also Colonel Denis Kurilo, the head commander of the brigade.

The major losses have not been confirmed by independent sources.

During his visit to the two brigades on Friday the 11th, Governor Chibis met with local teachers, librarians, shop keepers and others.

It can not be confirmed that the visit was related to the losses of local soldiers. But is not unlikely since the Governor, judging from his social media posts, visited only the base in Sputnik and military town of Pechenga, and not the administrative center of Nikel, nor the municipality’s main industrial town Zapolyarny.

Like the rest of the political establishment in the Kola Peninsula, Governor Chibis has expressed strong support to the “special operation” against Ukraine.

The 200th Motorized Rifle Brigade is considered a very potent military force. In its current form, the brigade was established in 1997, but its history goes back to before the 2WW.

In the course of its history, the brigade has had as many as 17 Heroes of Russia in its ranks, Colonel Kurilo told a local newspaper in 2020.

Two of the Heroes got their medals after 2014, one of them post mortem, he explained. In addition, more than 300 servicemen have been awarded state titles and more than 700 soldiers other decorations.

Both the 200th Motorized Rifle Brigade and the 61st Navel Infantry Brigade are based only few kilometers from the border to Norway and Finland.

Update: following the publication of this article, it turned out that Governor Chibis visited not only the two military bases, but also other parts of the Pechenga municipality