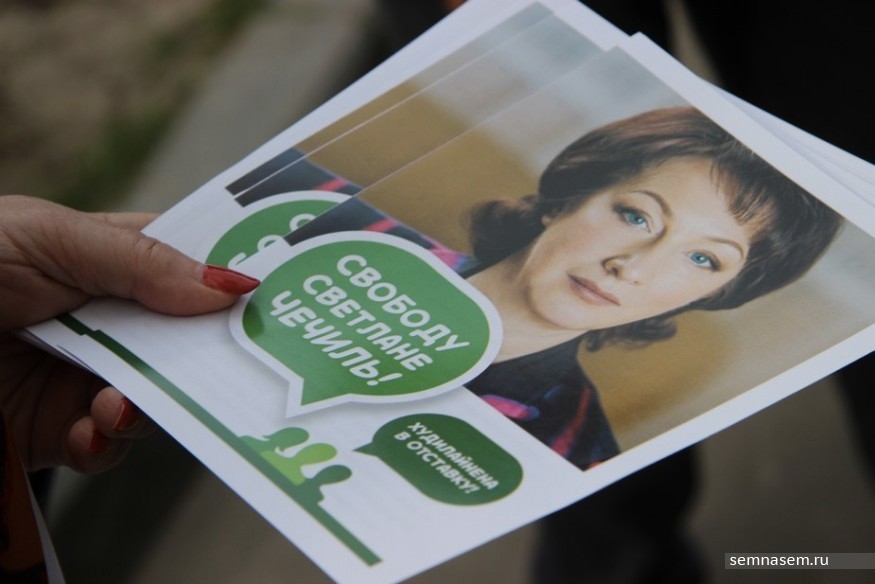 The Karelian Supreme Court this Tuesday turned down the appeal case of the former mayor of the Prionezhsky municipality. Chechil will have to remain in prison until a second appeal case on her acquittal is addressed presumably early July, 7x7-journal reports.

A lower court in late April sentenced the former mayor to 1,5 years in a prison camp for alleged exceeding of her powers. Chechil was charged for turning a hectare of agricultural lands into area for cabin development, an illegal decision, prosecutors say. To the load protest of supporters, Chechil was taken by force directly from the court room to the prison cell, without giving her the chance to bid farewell with friends and relatives.

Critics say the case is politically motivated. Chechil is a staunch opposition politician and also a close relative of Vasily Popov, the businessman and politician who has sought refuge in neighboring Finland.

The arrest and harsh punishment of Svetlana Chechil has stirred protest in the Republic of Karelia. A quiet public demonstration was organized in Petrozavodsk, the regional capital, on May 16.

it is not the first hostile action against the Yabloko party in Karelia. Earlier this year, Petrozavodsk city mayor Galina Shirshina was dismissed and legal proceeding take against former deputy mayor  Yevgenia Sukhorukova.